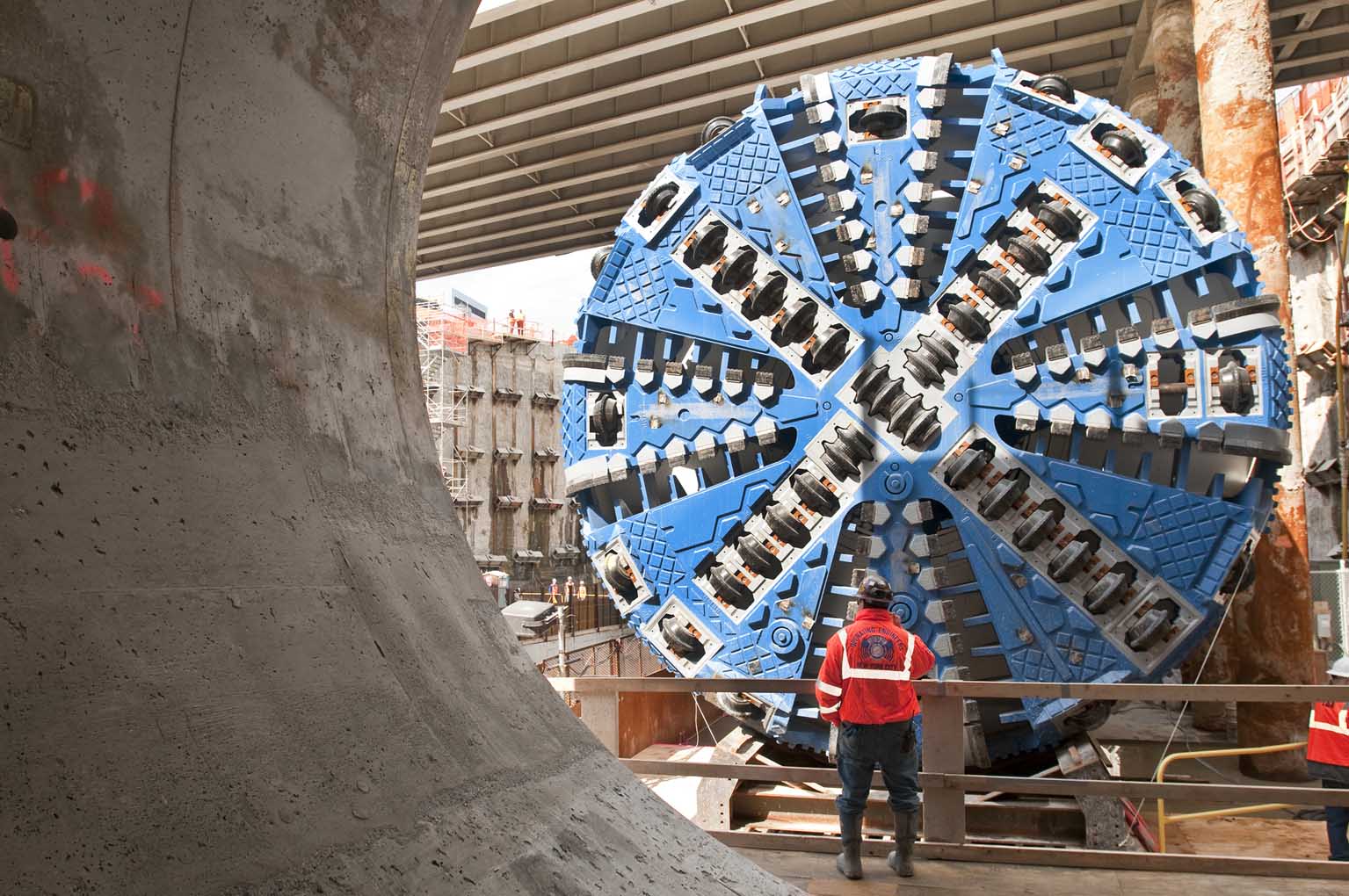 On Friday 18 March, Metropolitan Transportation Authority (MTA) officials hosted a dedication ceremony for the two 22.4ft (6.84m) diameter Herrenknecht Mixshields that are about to become the first slurry TBMs ever to be used in New York.

Granite/Traylor/Frontier Kemper (GTF) JV will launch the machines in an easterly direction from the East Side Access project’s open cut launch shaft – which at 82ft (24.9m) wide x 60ft (18.3m) deep x 760ft (230m) long, is believed to be one of the largest in the world (see NATJ, Feb/March digital edition – to excavate four soft ground tunnels under the Sunnyside Rail Yard in Queens. The bores, which total a length of 10,500ft (3.2km), will connect the tracks of the Long Island Rail Road Main Line with the East River’s existing 63rd Street tunnel and the Manhattan rock tunnels that lead to Grand Central Terminal.

The soft ground drives will pose several technical challenges, including difficult mixed face ground conditions (with boulders and the potential for man-made obstructions), fast moving trains running over the relatively shallow alignment and a high watertable. The tunnels will also run underneath Harold interlocking, the busiest railroad interlocking in the US. Therefore ground settlement will be closely monitored in real time with an extensive automatic and manual monitoring system.

“We are building the largest transportation construction project in the country,” said Dr Michael Horodniceanu, President of MTA Capital Construction. “It’s an unbelievably complex undertaking which involves working in and around the busiest rail yard in the United States. I’m extremely proud of the level of teamwork all the staff and contractors are engaging in to make this project a reality.” 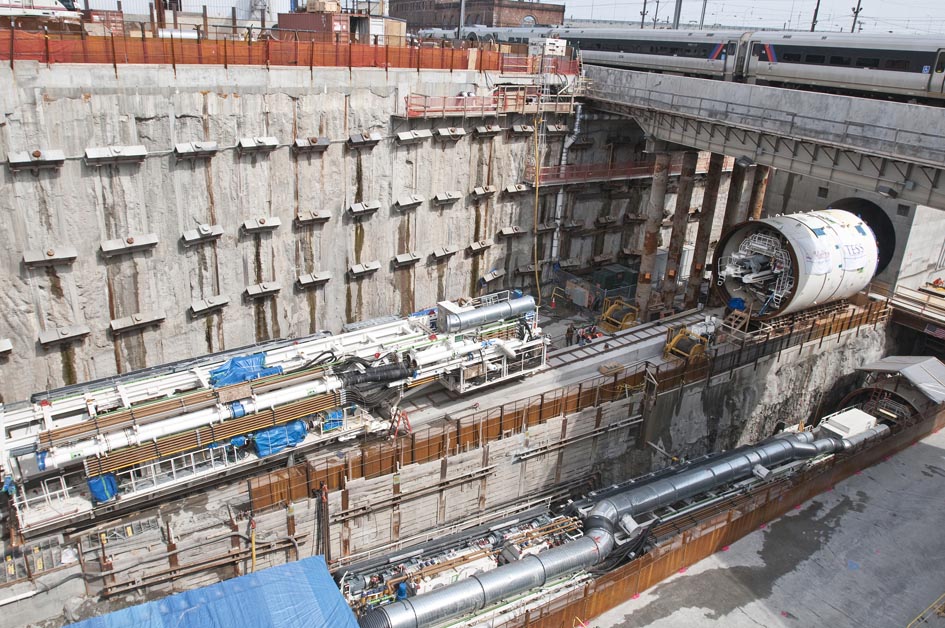 Under a separate contract Dragados USA/Judlau Contracting JV has been operating two hard rock machines, a reconditioned Double Shield supplied by SELI and a refurbished Main-Beam TBM supplied by Robbins, in the bedrock under Manhattan. These hard rock tunnels (see NATJ, June/July 2010 digital edition) are currently on schedule to be complete this May.

Once the overall project is commissioned in 2016, LIRR trains traveling through Sunnyside will be able to head to Pennsylvania Station, as they have since 1910, or, for the first time, to Grand Central Terminal.

“One hundred years ago, the tunnels under Penn Station gave Long Islanders easy access to Manhattan, essentially giving birth to Long Island as we know it today and leading to enormous growth in the region,” said MTA Chairman Jay H. Walder. “Today, East Side Access will build on this growth and transform this region in a similar way. Commuters throughout Long Island and Queens will have more service to Manhattan and shorter travel times to the East Side— making these communities even more attractive places to live, increasing housing values, and unlocking the next wave of economic development potential on Long Island.”

“One day in the not too distant future, a conductor will say eight magic words that have never been spoken on Long Island: ‘This is the train to Grand Central Terminal’,” said Helena E. Williams, President of the Long Island Rail Road.