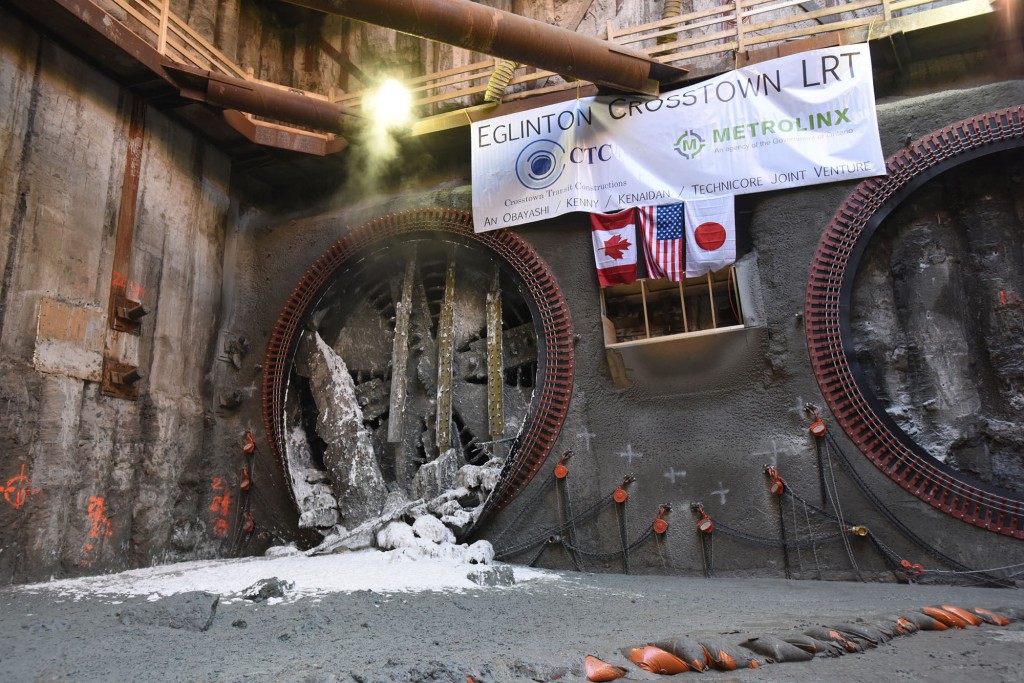 In downtown Toronto, Canada, the two TBMs excavating the Eglinton Crosstown LRT project’s western segment officially reached the half-way point of their journey on Tuesday, January 20th, as they broke through the headwall at Allen Road.

Over the next few weeks, workers will prepare Dennis and Lea to be moved to the other side of Allen Road to bypass the Toronto Transit Commission (TTC) subway line. Once they are relaunched on the east side, both machines will continue their drives east toward Yonge Street to complete the 6.5km western segment of the Crosstown tunnel.

“It’s great to see progress on this important transit project that will benefit Toronto riders,” said Steven Del Duca, Minister of Transportation. “This project is proof of our government’s commitment to making the daily commute and quality of life better for Ontario families.” 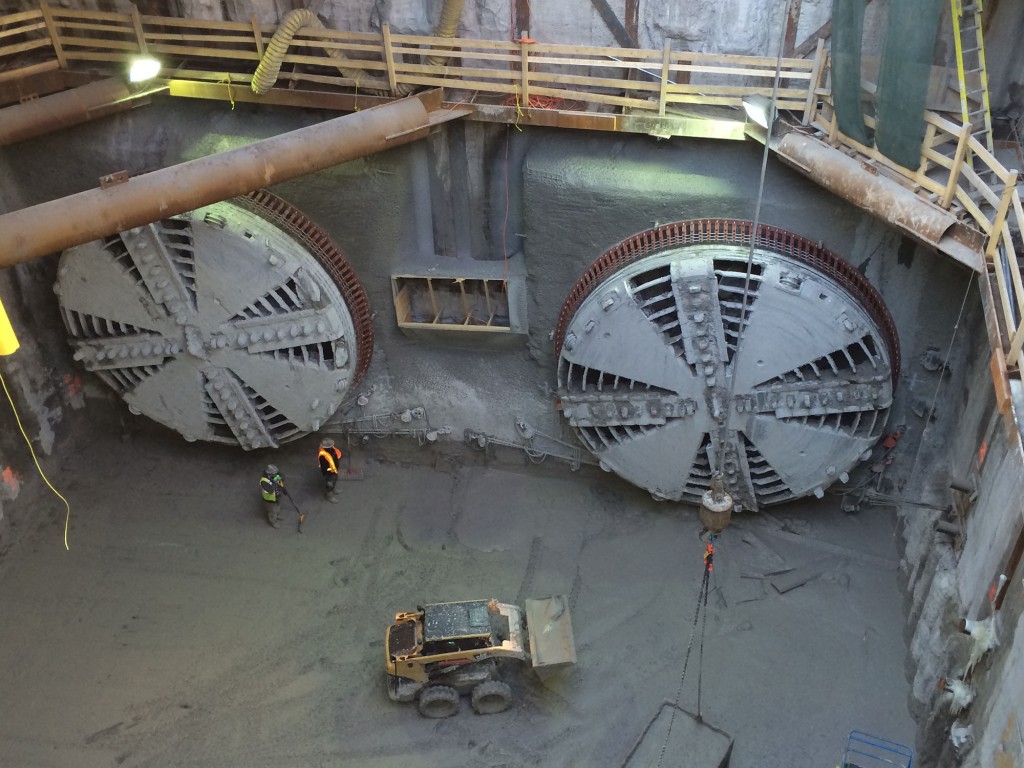 The Crosstown represents a CA$5.3 billion (2010$) transit improvement investment by the Government of Ontario – the largest in the history of the region – which will create tens of thousands of jobs. When in service, the Crosstown will bring new fast, reliable and comfortable transit to Toronto residents, integrated with existing TTC and GO Transit services.

“The incredible progress we’re seeing on this project is the realization of important investments in transit made in the Greater Toronto and Hamilton Area,” said Bruce McCuaig, President and CEO of Metrolinx. “The Eglinton Crosstown LRT is a significant undertaking and it will transform the transit landscape in Toronto when it’s complete in 2020.”

Construction on the Crosstown began in 2011, with the west launch area at Black Creek Drive and Eglinton Avenue. Dennis and Lea began tunnelling from the west in June 2013. ‘Humber’ and ‘Don’, the TBMs that will dig the east tunnels, will begin their drives in fall 2015, once construction of the east launch shaft is complete at Brentcliffe Road.

This project is part of Metrolinx’s regional transportation plan to provide residents and businesses in the Greater Toronto and Hamilton Area with fast, convenient and integrated transit. Working through its divisions – GO Transit, PRESTO, and Union Pearson Express – Metrolinx is transforming the way the region moves.