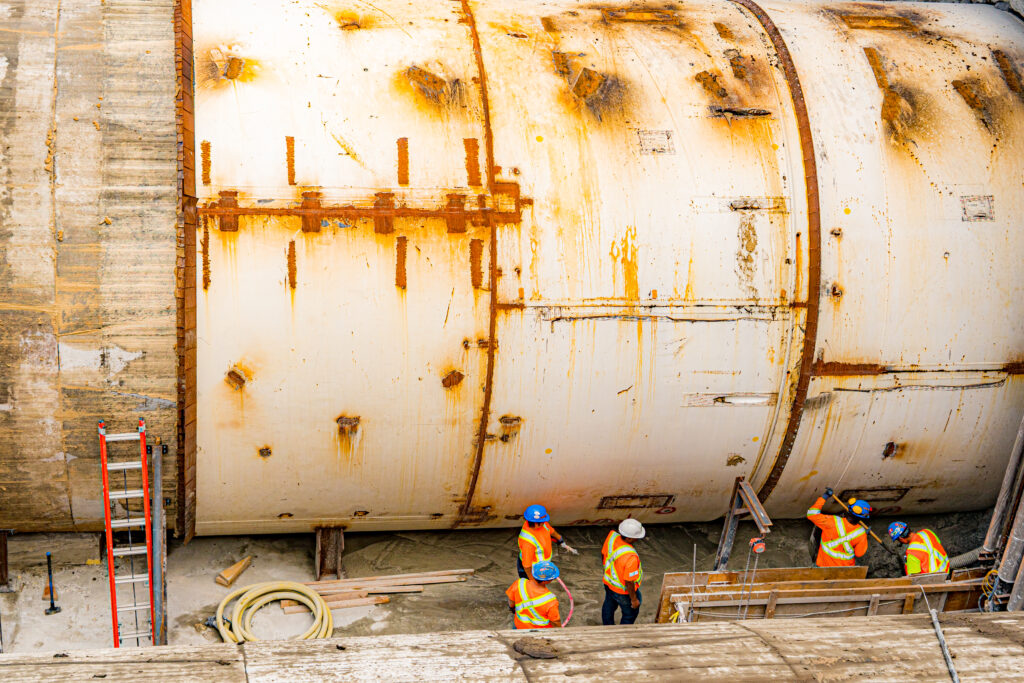 Tunnelling on the project started this past spring, with Renny, one of the two 6.58m diameter Herrenknecht TBMs boring the roughly 6km tunnels, being launched. Since April, the machine has tunnelled over 650m, making tremendous progress in a short amount of time – travelling 10 to 15m a day.

Renny will reach the extraction shaft just west of Scarlett Road first, with Rexy following behind.

After the TBMs are pulled out of the ground near Scarlett Road, the route will transition to an elevated section, passing over the Humber River, before heading back underground just east of Jane Street, where the extension will connect to the Eglinton Crosstown LRT at Mount Dennis Station.

The Ontario government and its key delivery partners, Infrastructure Ontario and Metrolinx awarded the contract with a value of $729.2M to West End Connectors to design, build and finance the project’s tunnels.