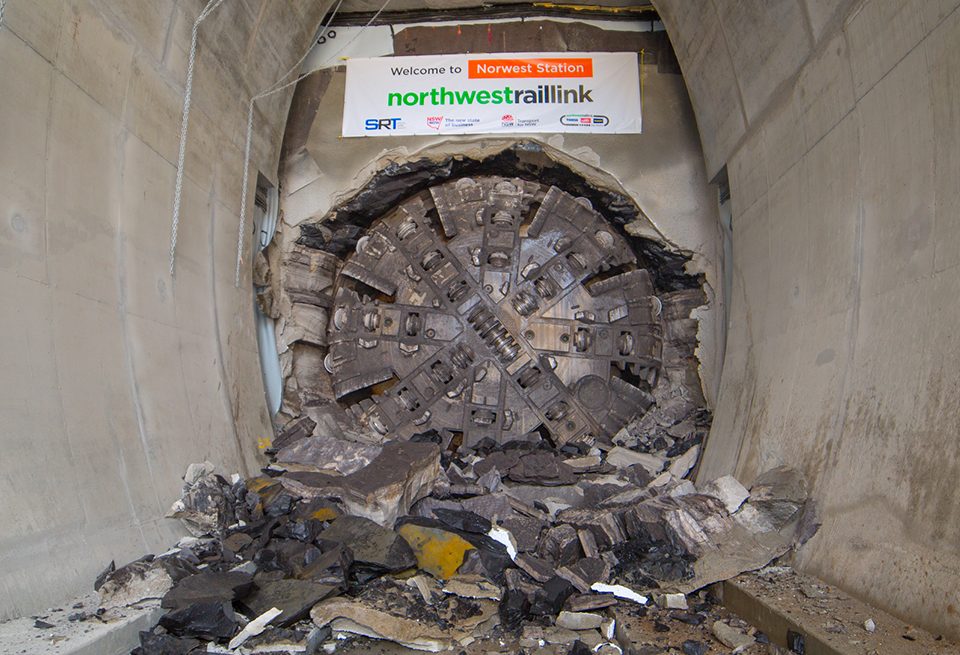 “This is an exciting day for Sydneysiders and another clear sign that construction of this critical rail link is powering ahead,” Mr Baird said.  “It was only in September that we launched this first massive machine at Bella Vista – in that time it has tunnelled 2.1km to reach today’s historic breakthrough at Norwest.

“All four 900 tonne machines are now in the ground digging Australia’s longest railway tunnels …we are wasting no time delivering this world class infrastructure project and doing it ahead of schedule and under budget.”

In tunnelling to Norwest from the Bella Vista tunnelling site, TBM1 Elizabeth has:

Over the coming weeks, Elizabeth will be moved through the Norwest Station area, before setting off again towards Showground Station as the other three machines Florence, Isabelle and Maria continue their work.

You can track Elizabeth and the other TBMs on the NWRL web site.