Home > Enrique Fernández González – a true loss to the industry

Enrique Fernández González – a true loss to the industry

Tunnelling Journal is sad to report the tragic death of Enrique Fernández González, Head of the Underground Directorate of Dragados (gGravity since last year), who was killed on Sunday March 24th in a traffic collision whilst riding his bicycle near Madrid. Enrique was 58 years old. 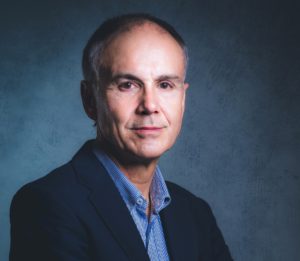 The funeral was held in Madrid on March 26th, after which he was taken by his family to be buried in his birthplace of Oviedo, Asturias, in northern Spain.

Enrique graduated from Oviedo University (Spain) with a First Class Honors in mining engineering in 1985, whereupon he worked auditing coal mines with Arthur Andersen Ltd until September 1988. It was then that he was to embark on his tunnelling career with Dragados where for 12 years he was involved in projects in Spain, France, Portugal and Thailand.

From 2000 to last July, he was part of the Dragados Technical Directorate leading the Tunnelling team. In July 2018, Dragados created a new engineering company called gGravity, into which the former Technical directorate was integrated, and from where he was to continue his extraordinarily successful career.

Members of the Tunnelling Journal staff have been fortunate enough to have known Enrique on both a professional and personal level for some 20 years.

Not only was he an exceptional engineer, but also one of the kindest, most patient and encouraging people you could possibly wish to work alongside. The industry has lost one of its true gentlemen.