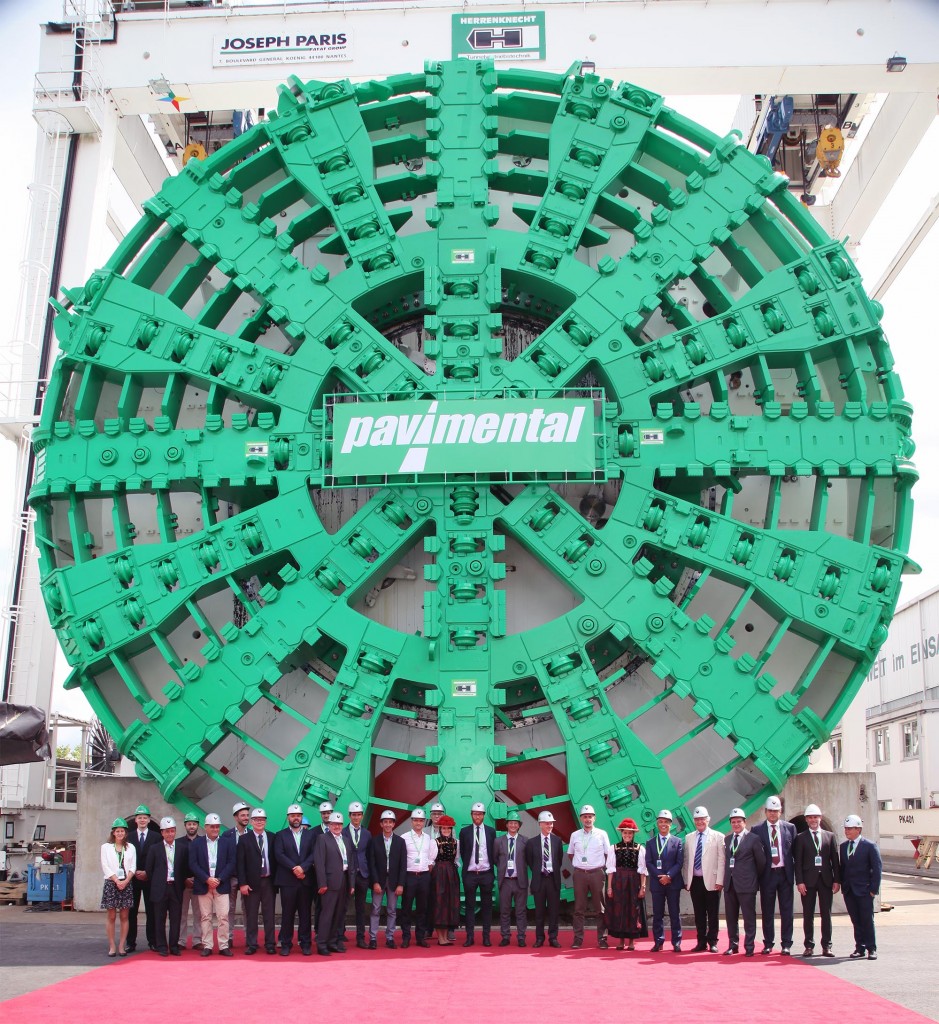 August 29th saw the technical acceptance, and ceremonial turning of the cutting wheel, of the 15.87m diameter Herrenknecht EPBM to be used on Italy’s 7.5km long Santa Lucia Tunnel. The EPBM is now the European record holder for diameter, a full 20cm larger than the previous record holder, the 15.62m diameter Sparvo Herrenknecht EPBM. It is also the largest machine ever to be built at the manufacturer’s factory in Schwanau.

Over the next three years the 4,800 tonne giant will build the tunnel in the Apennines near Florence through the region’s heterogeneous subsoil.

The ceremony was attended by the TBM customer, construction company Pavimental S.p.A., representatives of client Autostrade per l’italia S.p.A. as well engineers and the Board of Herrenknecht AG.