Final breakthrough for HK in Wuxi 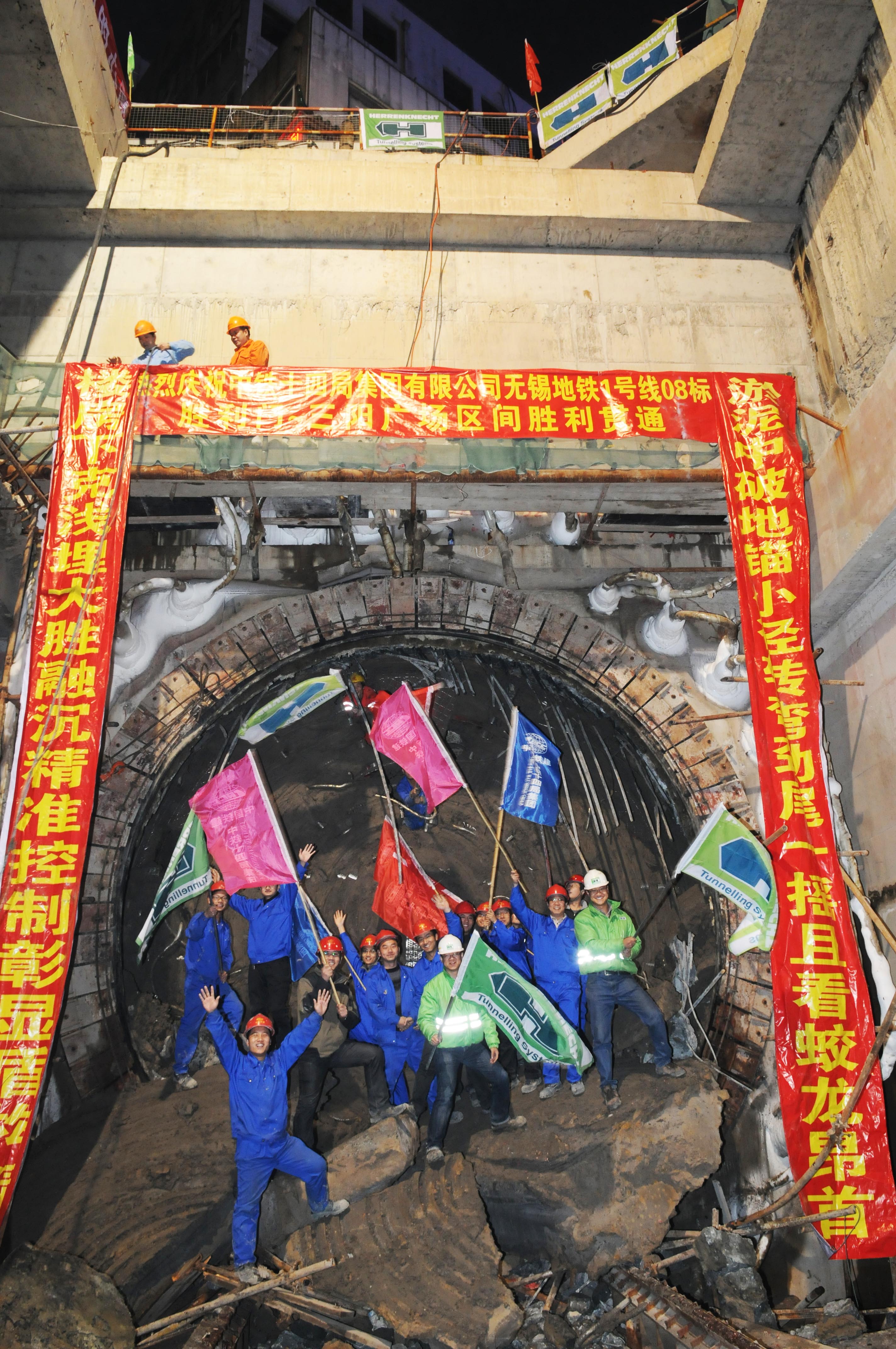 Eight Herrenknecht TBMs have excavated almost 16km (10-miles) of tunnel, in just 20 months, beneath the emerging metropolis of Wuxi, near Shanghai, in the east of China. Earlier today, March 3, the Earth Pressure Balance Shields completed their mission with the final breakthrough of the S-730 TBM for metro line 2. These first two metro lines in the 3000 year old town on Taihu Lake are expected to commence operation in 2014. Five metro lines are planned in total.

The EPB Shields (which range in diameter from 6.37m to 6.39m) have been tunnelling since July 2011 to construct the first two of five planned metro lines in the 4-million strong metropolis of Wuxi. They completed their mission today with the final breakthrough of the S-730 TBM, which achieved top performances of more than 33m (108ft) a day and 164m (538ft) a week – boring 2,508m (8228ft) of tunnel for the metro line 2 in just 10 months.

Before this, machines mastered challenging conditions on metro line 1. The S-663, a compact EPB Shield with a diameter of 6.37m, completed portions of tunnel just a few meters beneath residential and commercial buildings. As the machine launched, on May 24, 2012, just 7m of overburden was above the machine, and the distance to the foundation pillars of the building above were only 3.7m. Therefore, in order to facilitate the launch in ground consisting of waterlogged clay, a groundfreeze operation was undertaken. Following a smooth start, the machine quickly passed beneath the building. On December 7, 2012, the machine achieved final breakthrough. 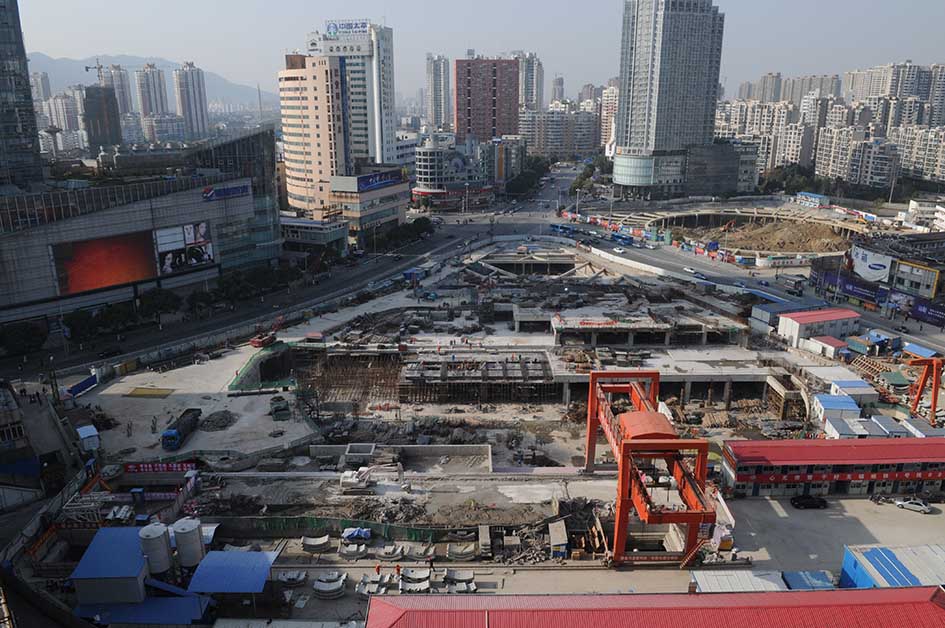 Wuxi is investing a great deal in the construction and extension of efficient public transport systems. At least five metro lines are currently planned for the metropolis. Metro lines 1 and 2, which form a total length of 58.5km, are expected to commence operation by the end of 2014. Line 1 will cross the city from north to south, and line 2 from east to west. Herrenknecht received orders for five EPB Shields for the construction of line 1, and orders for three machines were placed for the construction of line 2. The machines were assembled by the local branch Herrenknecht (Wuxi) Tunnelling Equipment Co., Ltd.

China’s economic growth and the increasing urbanization have led to a high demand for efficient underground traffic and supply infrastructures. Chinese tunnel engineers have completed a total of 400km of metro tunnels using Herrenknecht technology since the first project in Beijing in 2000. Around 100 further kilometers are currently under construction.