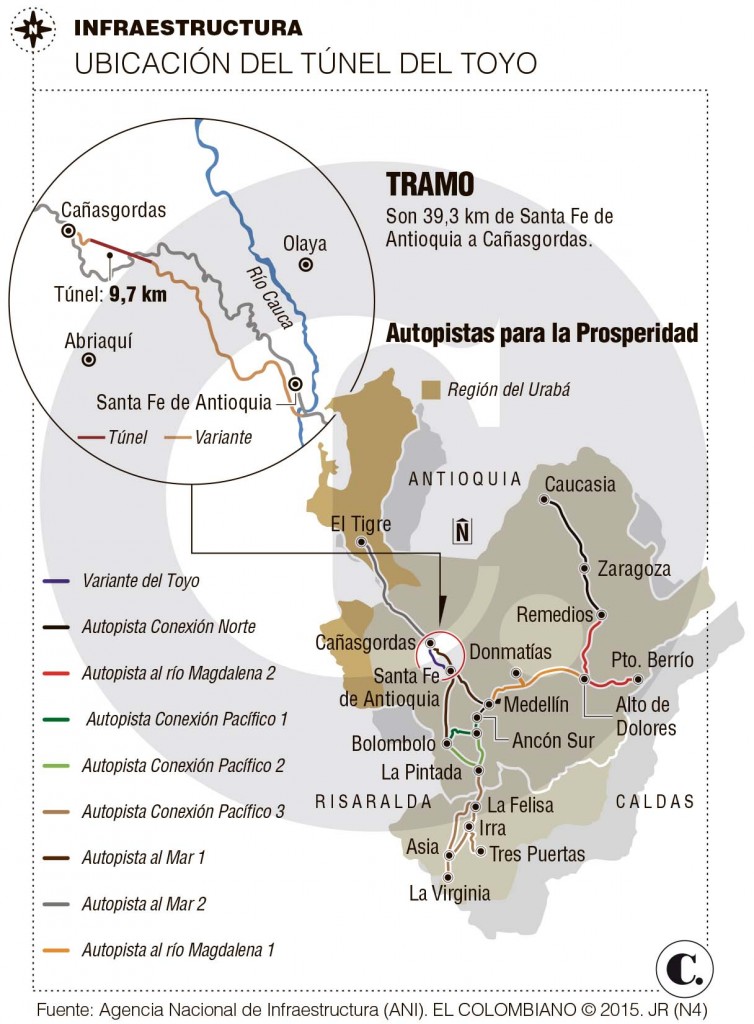 FCC has been awarded the contract for the design, construction, operation and maintenance of the 9.8km long Toyo tunnel in the Urabá Port, some 80km from Medellín, Colombia, with a budget of €392M. The Government of Antioquia awarded the project to a consortium led by FCC, the Spanish Citizen Services Group (40% share), and a group of local businesspeople (60%).

The project is to be fully executed over 10 years, six of which will be dedicated to the construction phase and two and a half to operation and maintenance. The rest of the time will be spent on the design phase and any necessary pre-construction work. Other large international infrastructure groups also took part in the tender process. It is estimated that the Toyo tunnel works will directly create one thousand jobs.

The project, located between the municipalities of Giraldo and Cañasgordas, around 500km north-west of Bogotá, consists of building a completely new road section, 40.84km long in two directions with one lane in each. There will also be a dual carriageway section with two lanes in each direction. This section will pass through the mountains of western Antioquia, in an area that is difficult to access.

The works will substantially improve the connection between Medellín and the region of Urabá. Once the whole Toyo tunnel project is up and running the journey between the capital of Antioquia and Urabá will be cut from the six hours it currently takes to three and a half when using private vehicles. For lorries, the journey will take around four hours. The highways Mar 1 and Mar 2, forming part of the Autopistas de la Prosperidad programme, amongst other infrastructure in the region, will also contribute to this shorter journey time.

The complete project also includes 12.3km of tunnels, 9.8km of which will make up the Toyo tunnel, added to the new road leading to Urabá. Once complete, this infrastructure will be the longest of its kind in Colombia.