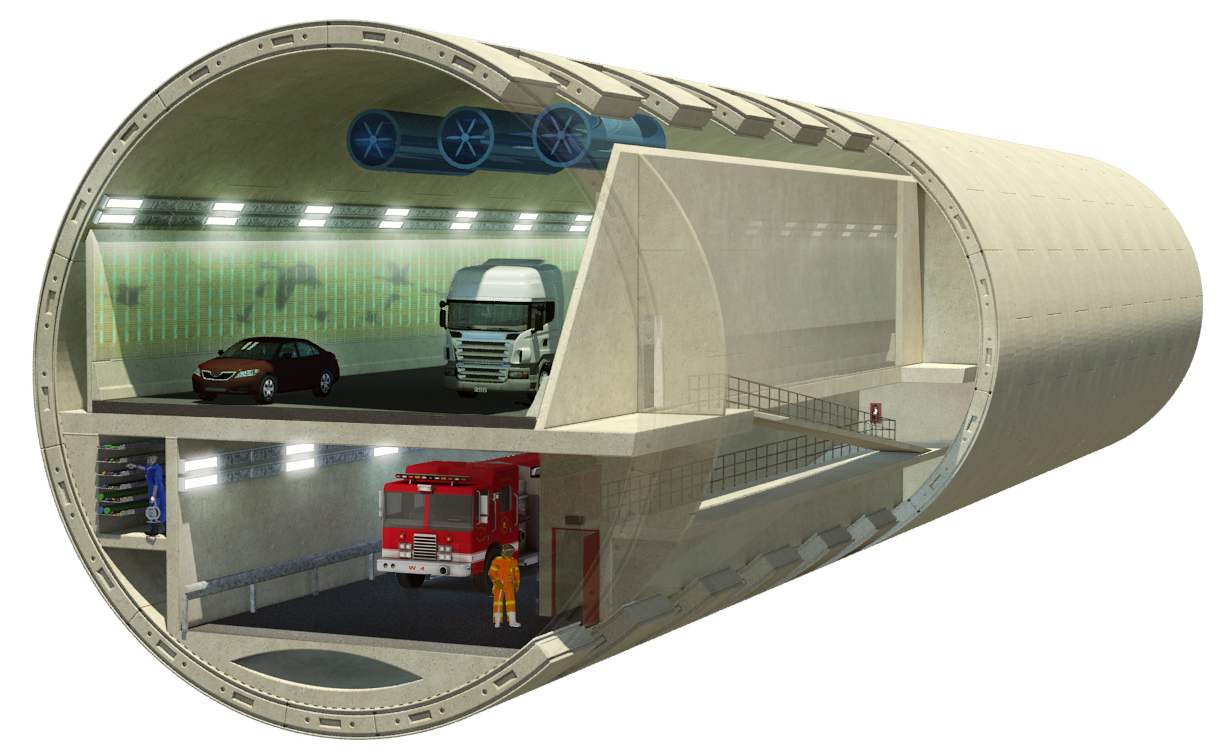 Femern A/S has published a Consolidated Technical Report on the four investigated technical solutions for a fixed link between Denmark and Germany. A re-considered bored tunnel option is likely to be rejected with the immersed tunnel under the Fehmarnbelt still the preferred solution.

A cable-stayed bridge, a suspension bridge and a bored tunnel were all analysed, along with the immersed tube. All four solutions comprise a four-lane motorway and a dual-track railway and are based on the same functional requirements.

Following public hearings on the so-called scoping report in 2010, Femern A/S received recommendations that a bored tunnel should be reconsidered. The technical investigation into a bored tunnel has just been concluded and the four technical solutions are now described in the Consolidated Technical Report.

The bored tunnel entails higher construction risks not least due to the fact that the three tunnel tubes must be bored under difficult geological conditions. The combination of a large tunnel diameter, long boring drives and difficult ground conditions means that a bored tunnel solution is believed to be pushing the boundaries of what is considered proven construction technology.

”The results of our investigations into a bored tunnel solution do not change our preference solution from the technical point of view,” says Steen Lykke, Technical Director, Femern A/S. “On the contrary, they have confirmed that an immersed tunnel has a number of advantages within a range of parameters. This applies to technical risks, construction time, construction costs as well as operation and maintenance costs.”

The Consolidated Technical Report is solely a technical examination of the different solutions in that all solutions are currently subject to an environmental assessment.

The final approval of the project in Denmark will be in the form of a construction act passed by the Danish Parliament. In Germany the final approval will be made by the competent authority Landesbetrieb für Straßenbau und Verkehr Schleswig-Holstein in Kiel.

The Consolidated Technical Report can be downloaded here. A German and a Danish translation will be available at the beginning of January 2012