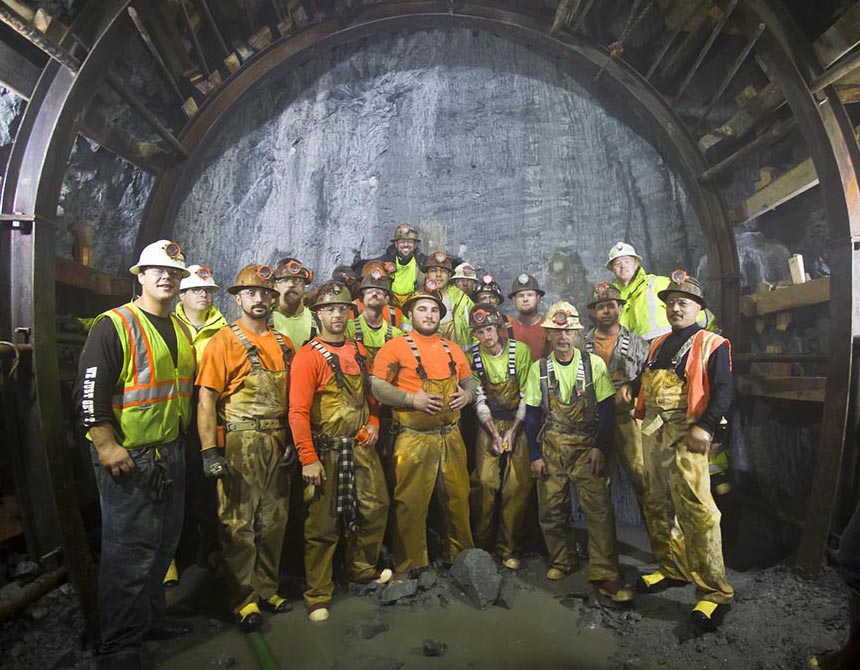 The New Irvington Tunnel, which will carry fresh water to San Francisco, holed through on 8 October 2013, two-and-a-half years after tunneling began. Running parallel to the existing Irvington Tunnel, the hole-through took place within 100ft of the original one, back in 1932.

Contractor Southland/ Tutor Perini has had some challenging ground conditions to deal with on the $227m project, including squeezing ground and huge inflows of ground water. The design called for the tunnel to be traditionally mined using road headers, rather than a TBM, due to the ground conditions.

The last 1000ft (305m) stretch, which has taken over three months to mine, has been particularly testing. “Early in July we had squeezing ground in both headings at the same time,” said Dan McMasters, construction manager, Hatch Mott MacDonald. “We had to stop mining, go back 100ft and install additional steel sets to help support the lining.

“The Vargas East heading got moving again but in the Alameda West heading, we had to build concrete bulk heads and grout for several weeks.”

Southland/Tutor Perini has been working from three tunneling sites: the Irvington Portal at the downstream West end, a temporary intermediate construction shaft called the Vargas Shaft 4,400ft (1,353m) east of there, and the Alameda West Portal at the tunnel’s east end. The shortest stretch of tunnel from the Irvington Portal to the Vargas Shaft holed through in June 2012 and has already received its final lining.

The geology along the tunnel’s alignment varies dramatically and rapidly. At the start of a shift, the miners could have been cutting through hard sandstone; by the end of the shift they might have hit one of many fault zones and be coping with running ground, squeezing ground and inflows of water. 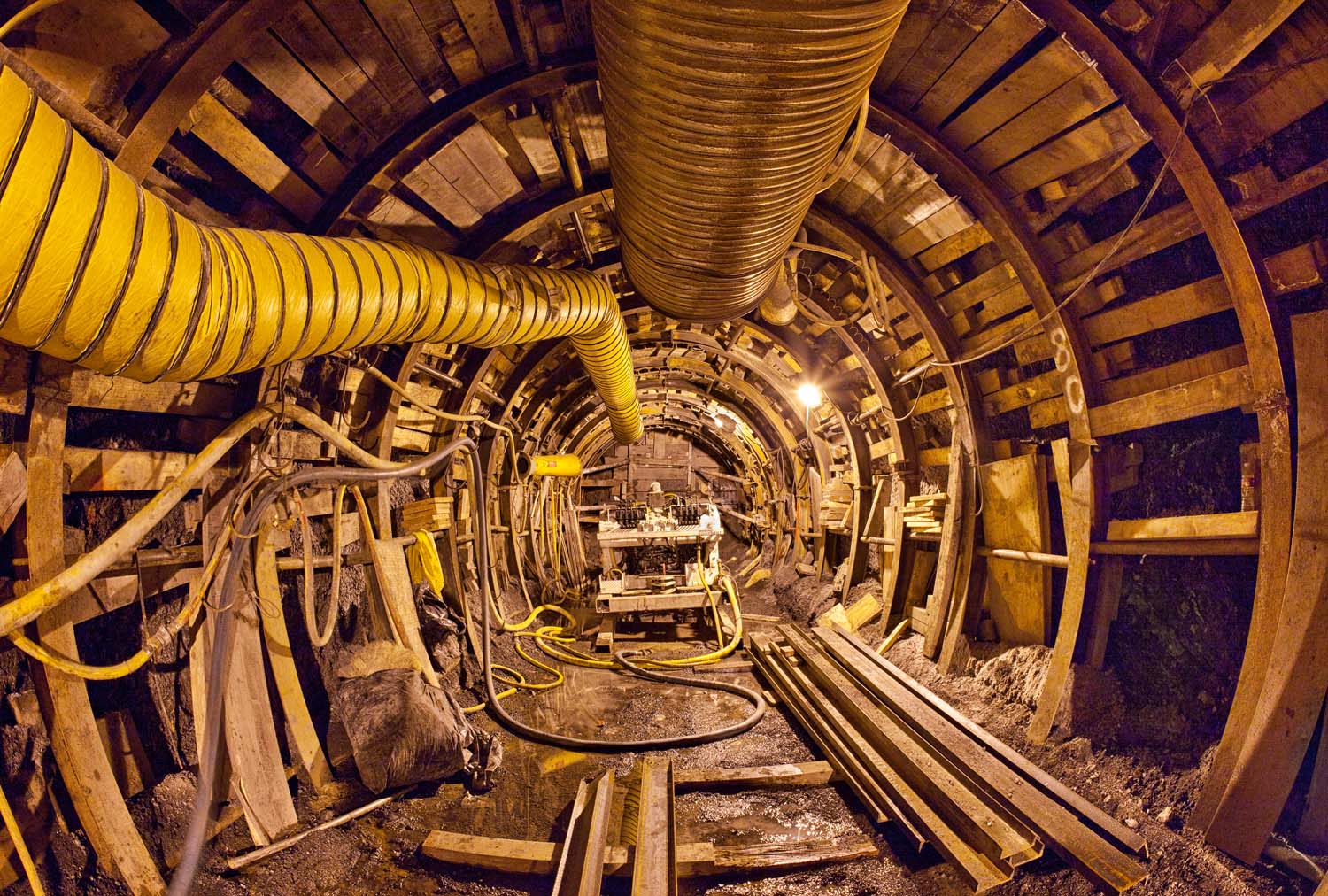 “The mining crew has worked so hard over the two-and a half years,” said David Tsztoo, project manager for San Francisco Public Utilites Commission (SFPUC). “Their determination to work through all the hardships and challenges they encountered has been impressive. We are very happy to finish without any major injuries: that makes it a successful project for us.”

The tunneling has taken around a year longer than the original program intended. This is in part due to the extra grouting required to cope with groundwater, and also due to the tunnel’s reclassification in the early stages of the project as a gassy tunnel after the crew encountered methane.

A gassy classification means that hot work permits are required for activities such as surveying, which slows down progress. And refuge shelters must also be constructed every 5000ft. 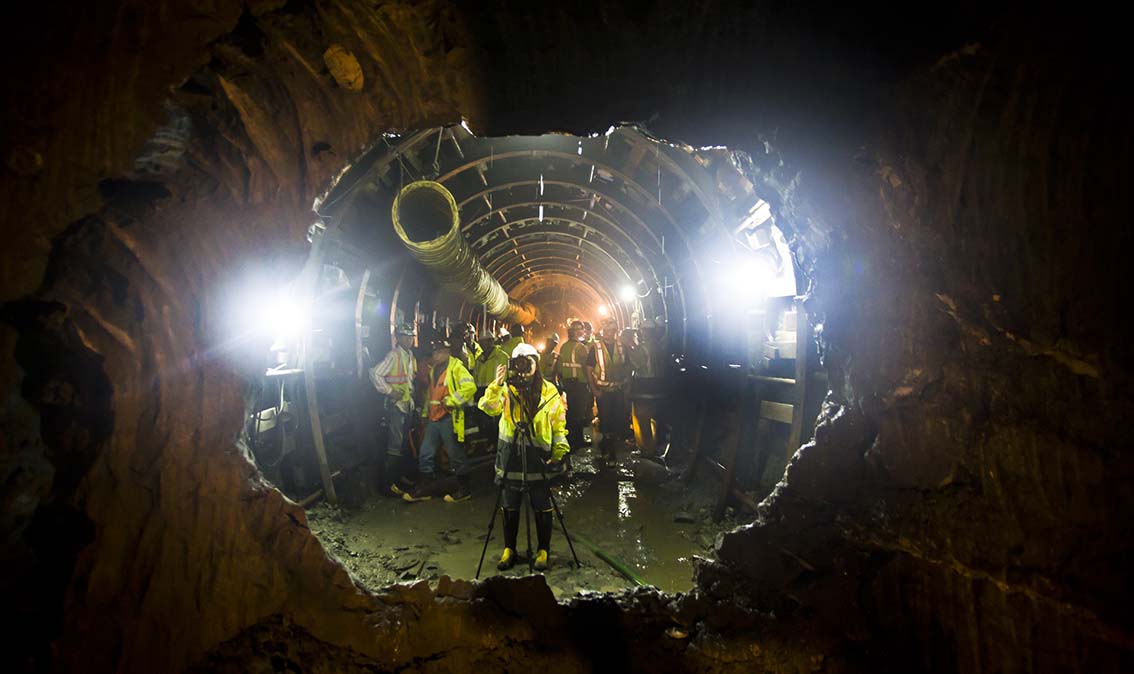 The new tunnel has been designed to be earthquake-resistant as it lies between two active faults. Once the new tunnel is in operation, in late summer of 2015, the old tunnel will be drained down, inspected and repaired. This has not happened since 1966 because to do so would have meant San Francisco lost 85% of its water supply.

The next steps for Southland/ Tutor Perini will be to clean up the tunnel and deal with the water inflow. The contractor will apply Stay-form and shotcrete to areas where water is coming in, and direct the water down to PVC pipes where it will be carried downhill to the Vargas shaft.

The final liner, consisting of 50ft (15m) long, 8.5ft (2.6m) diameter, steel pipes will be shipped from Southern California in early November and installed that month. A specialist contractor will then apply a 5/8 inch cement mortar as a final protective lining to the steel.

The construction of the New Irvington Tunnel has required a substantial dewatering program which has lowered the water table in the area. The SFPUC has a detailed plan in place to help local landowners whose wells have been affected, including delivering water by truck to some properties and using waster from the dewatering wells for irrigation.

One of the biggest challenges yet to come for SFPUC will come when the dewatering system is switched off. Only then can it assess whether there has been any long-term impact on the landowners’ wells and what solutions may be necessary.