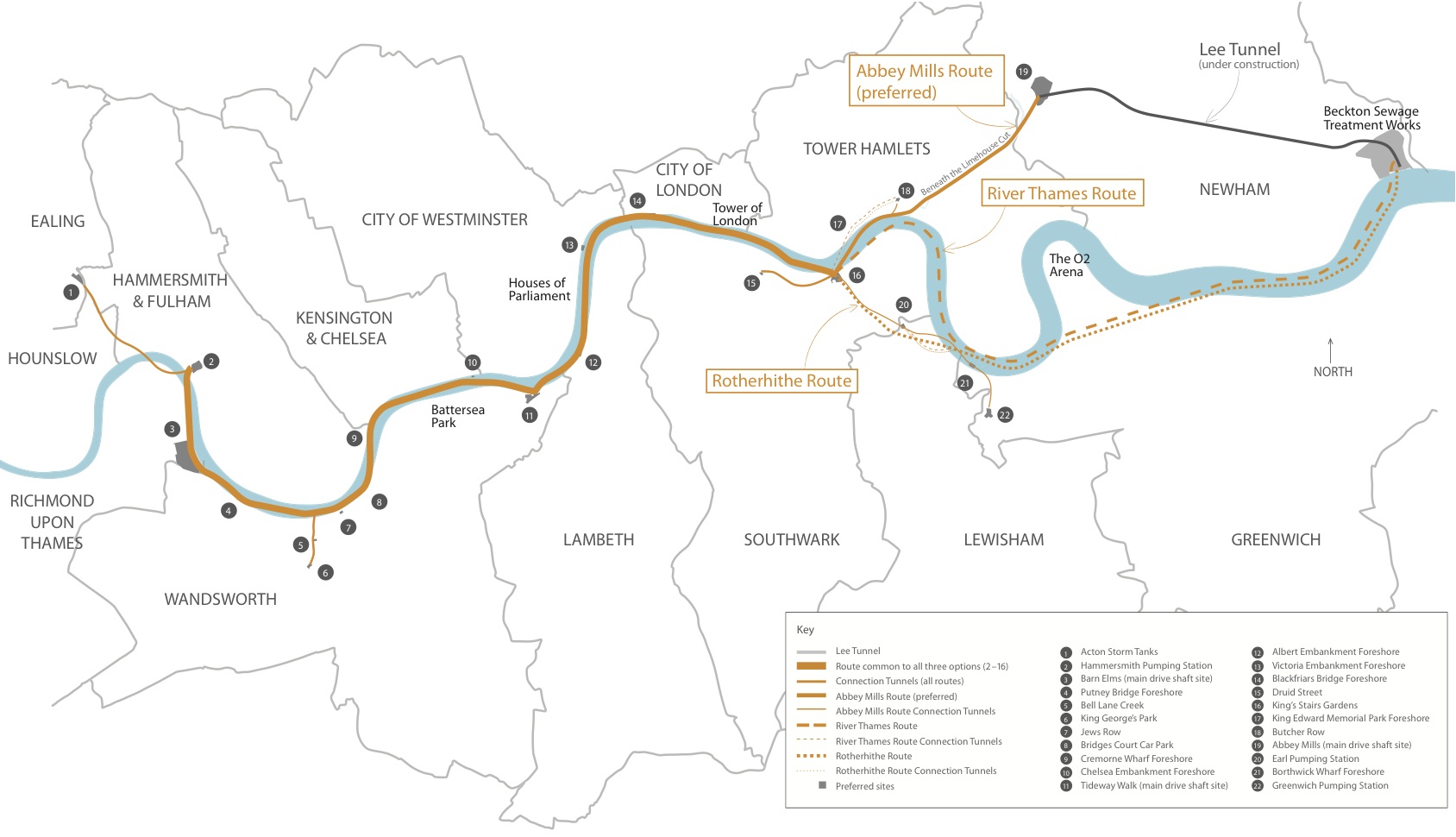 All main works construction procurement packages for London’s Thames Tideway Tunnel have now been released with the invitation to tender sent out for the third and final section on the 22nd April. Client, Thames Water has sent out the ITT for the Central package of work to construct the 25km tunnel in London, with the successful bidders expected to be announced in May 2015.

The project has been split geographically into three main construction works contracts, with the ITT for West sent out in December 2013 and East in January 2014.

The Thames Tideway Tunnel is a major new sewer that will help tackle the problem of overflows from the capital’s Victorian sewers and will protect the tidal River Thames from increasing pollution for at least the next 100 years.

“We are making excellent progress with the tender process and we are confident that we will receive competitive bids that will result in the best value for our customers.

“We are building for 22nd Century London to create a cleaner, healthier River Thames. The Thames Tideway Tunnel is needed to tackle the tens of millions of tonnes of raw sewage which discharge into the tidal River Thames every year. The river needs cleaning up and it needs to be cleaned up now.”

Alongside the environmental improvements to the tidal River Thames, the tunnel will create more than 9,000 jobs. Already, around 500 people are working on the project.

The project will be financed and delivered by an independent Infrastructure Provider (IP), with its own licence from Ofwat. Procurement of the new IP is expected to begin next month.