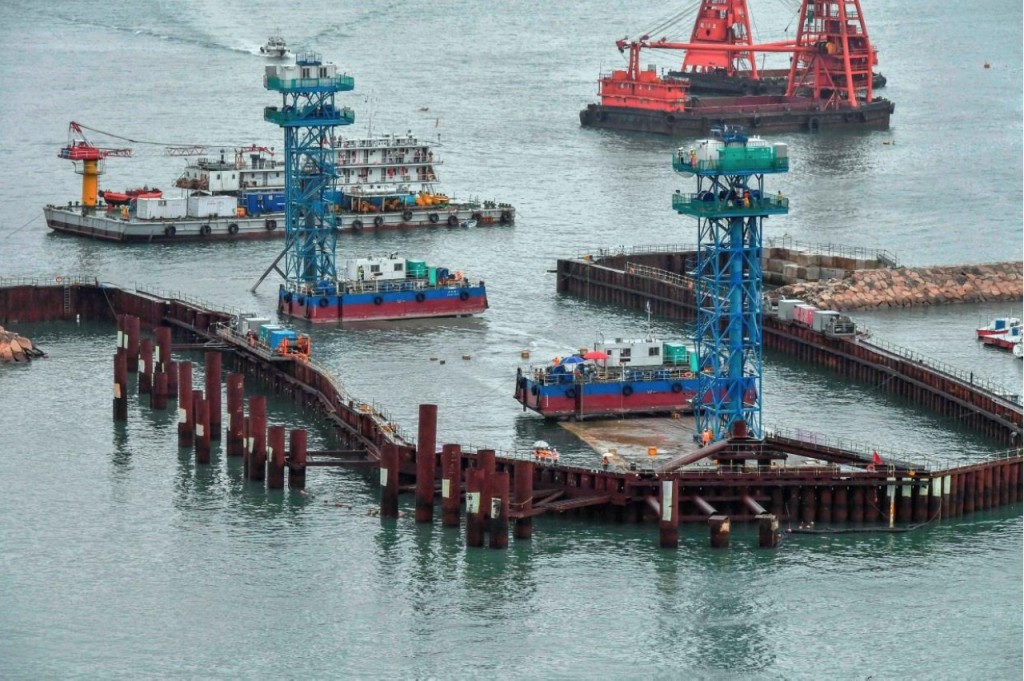 The first of the 11 giant Immersed Tube Tunnel (IMT) units for the fourth cross-harbour rail tunnel in Hong Kong was successfully immersed and installed into the seabed in the vicinity of the Causeway Bay Typhoon Shelter (CBTS) in Victoria Harbour on 19 June 2017. This marks a significant step forward for the construction of the North South Corridor of the MTR’s Shatin to Central Link (SCL) project.

“It was an exciting moment to witness the immersion of a giant tunnel unit in Victoria Harbour again, since the Corporation overcame a similar construction challenge two decades ago when the cross-harbour section of the MTR Airport Railway was constructed. Given that the SCL tunnel unit has the smallest radius when compared to all previous IMT projects in Hong Kong, the successful adjustment, positioning and immersion of this SCL unit takes Hong Kong’s IMT construction to the next higher level,” said Mr TM Lee, General Manager – SCL and Head of E&M Construction of MTR Corporation.

The Contract  – 1121-Cross Harbour Tunnels – was won by the Penta-Ocean – China State Joint Venture, in Dec 2014 for US$550M. The SCL’s cross-harbour rail tunnel is being built mainly by immersing and connecting 11 pre- cast reinforced concrete IMT units along trenches dredged in the seabed across Victoria Harbour. The fabrication of the tunnel units was completed in March 2017, and the first IMT unit was towed from the Shek O casting yard on 8 June 2017 and arrived at CBTS on Saturday 17 June 2017.

On Sunday (18 June 2017), water started to fill the ballast tanks with a capacity of approximately 4500m3 that was fitted inside the tunnel unit, and the precisely planned and controlled submersion process commenced in the afternoon of the following day. Being the first IMT unit to be installed, its accuracy affects the entire tunnel and the margin for deviation is minimal. With the teamwork of a crew of 50 experienced engineers, operators and workers, continuous monitoring and tuning of the sinking position was done to lower the first tunnel unit some 20m beneath the sea surface to the final position within the excavated trench around 9:00pm on 19 June 2017.

“Our construction team will strive to overcome the challenges ahead to install the remaining 10 tunnel units under the ever-changing weather and marine conditions, as we move towards our target of completing IMT installation in 2019,” Mr Lee added. Following the success of the installation for the first tunnel unit, the next one is expected to be towed out to Victoria Harbour in July of this year.

The 1.7km cross-harbour tunnel is a crucial part of the SCL, which will extend the East Rail Line across Victoria Harbour to form the North South Corridor, thereby shortening passenger journey time between Hung Hom and Admiralty to just five minutes when the new railway opens for passenger service in 2021, and helping to relieve the pressure on existing cross- harbour rail sections and road traffic congestion.