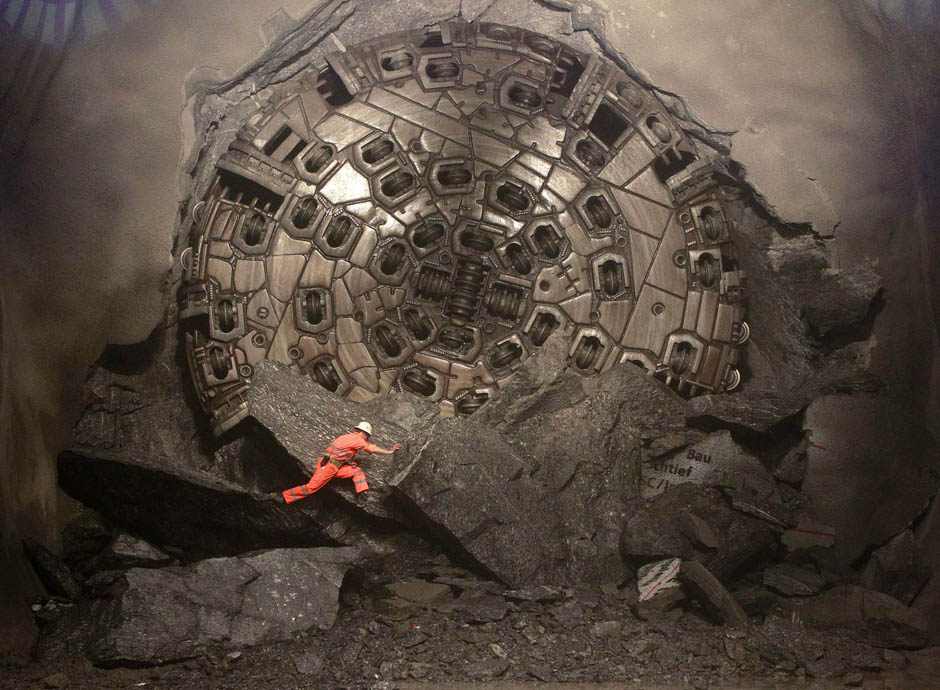 Excavation of the 57km long Gotthard Base Tunnel was completed on Wednesday, with the breakthrough of the second tube, thereby completing tunnel boring on the world’s longest tunnel. The event follows the completion of the eastern tube five months ago.

With final lining in full production, the client, AlpTransit Gotthard, is scheduled to hand over the finished structure to Swiss Federal Railways at the end of May 2016 for opening in 2017.
Construction began in 1996 on the mega-project that includes some 152m of running tunnel, access tunnels and shafts. Over half of this was constructed using four Herrenknecht hard rock TBMs, and the rest by drill and blast.
For a full description of the project visit: http://viewer.zmags.com/publication/cde2e9f9#/cde2e9f9/55