Granite has announced that it has been awarded the approximate 5.6km long, 3.6m diameter Lower Olentangy Tunnel project by the City of Columbus in Columbus, Ohio for a contract price of US$261M.

The Lower Olentangy Tunnel (LOT) project aims to improve water quality and reduce the risk of exposure of humans to waterborne pollutants by reducing overflows from the sewer system into creeks and rivers during flooding. LOT will connect into the upstream end of the previously Granite-constructed OSIS Augmentation Relief Sewer (OARS) at Vine Street. The upstream end of LOT will be located north of Lane Avenue and will provide hydraulic relief to the three existing sewers that are in close proximity of each other: Franklin Main Interceptor Sewer, Olentangy Main Interceptor Sewer, and OARS.

“We have had an excellent relationship with the City of Columbus and are happy to once again work on their tunnel systems,” said Granite Division Vice President James Nickerson. “Since this project dovetails into a tunnel project we completed for the City of Columbus approximately five years ago, we have a clear understanding of the project and our client’s expectations.”

A microtunnel 2.3m (90 inches) in diameter will also be constructed to relieve OARS near Second Avenue, which will begin at the Second Avenue and Perry Street intersection and flow west into LOT at the Gowdy Field Shaft.

Construction is expected to begin in March 2021 and expected to conclude in December 2026. 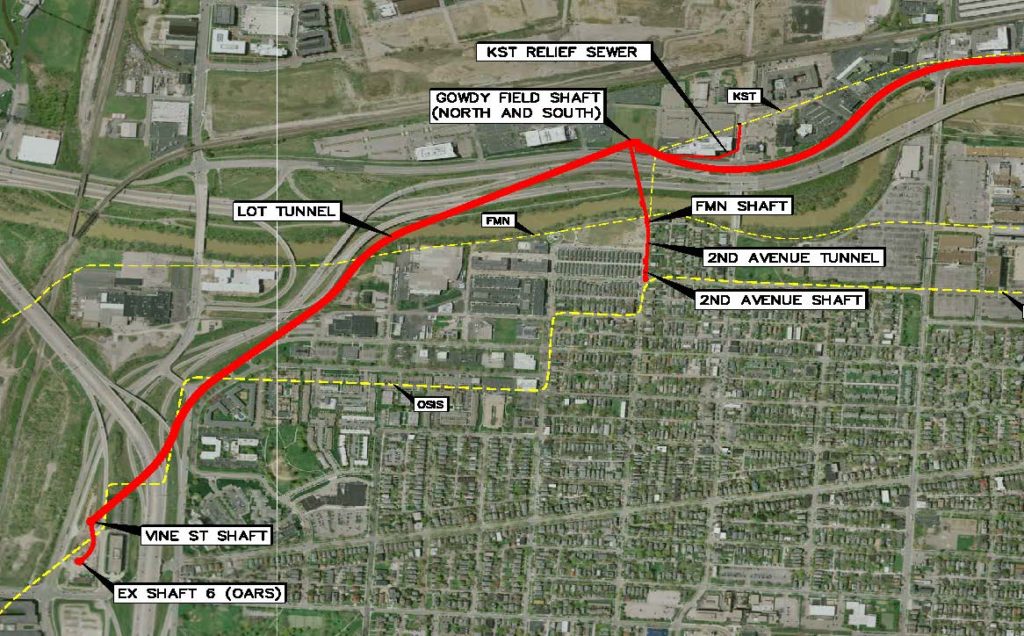