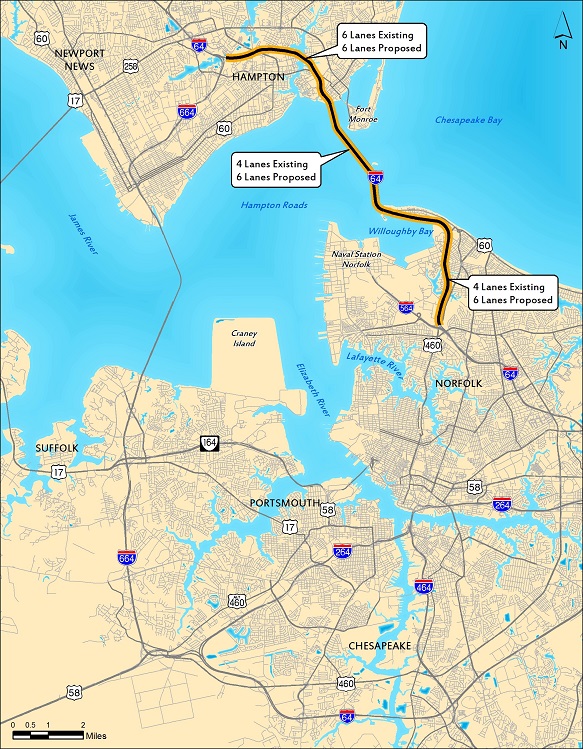 A project to expand the Hampton Roads Bridge-Tunnel in southeastern Virginia, US, and widen Interstate 64 between Hampton and Norfolk reached a major milestone this week with the conclusion of a nearly two-year environmental study.

The Federal Highway Administration (FHWA) issued a Record of Decision (ROD) for the Hampton Roads Crossing Study on June 12. The signature of the document concludes the National Environmental Policy Act process for the study and allows VDOT to proceed with more detailed procurement and design of the project.

The document presents the basis for the study decision and summarizes the mitigation measures to be incorporated in the project.

The next step in the procurement process is the anticipated release in late 2017 of a Request for Qualifications (RFQ) to potential proposers who wish to compete for a contract to design and build the project. Many details, including the final lane configuration and construction method of the new tunnel, will be determined as design and procurement advances.

Future updates on the I-64 Hampton Roads Bridge-Tunnel Expansion will be posted to the new project website at www.HRBTexpansion.org.