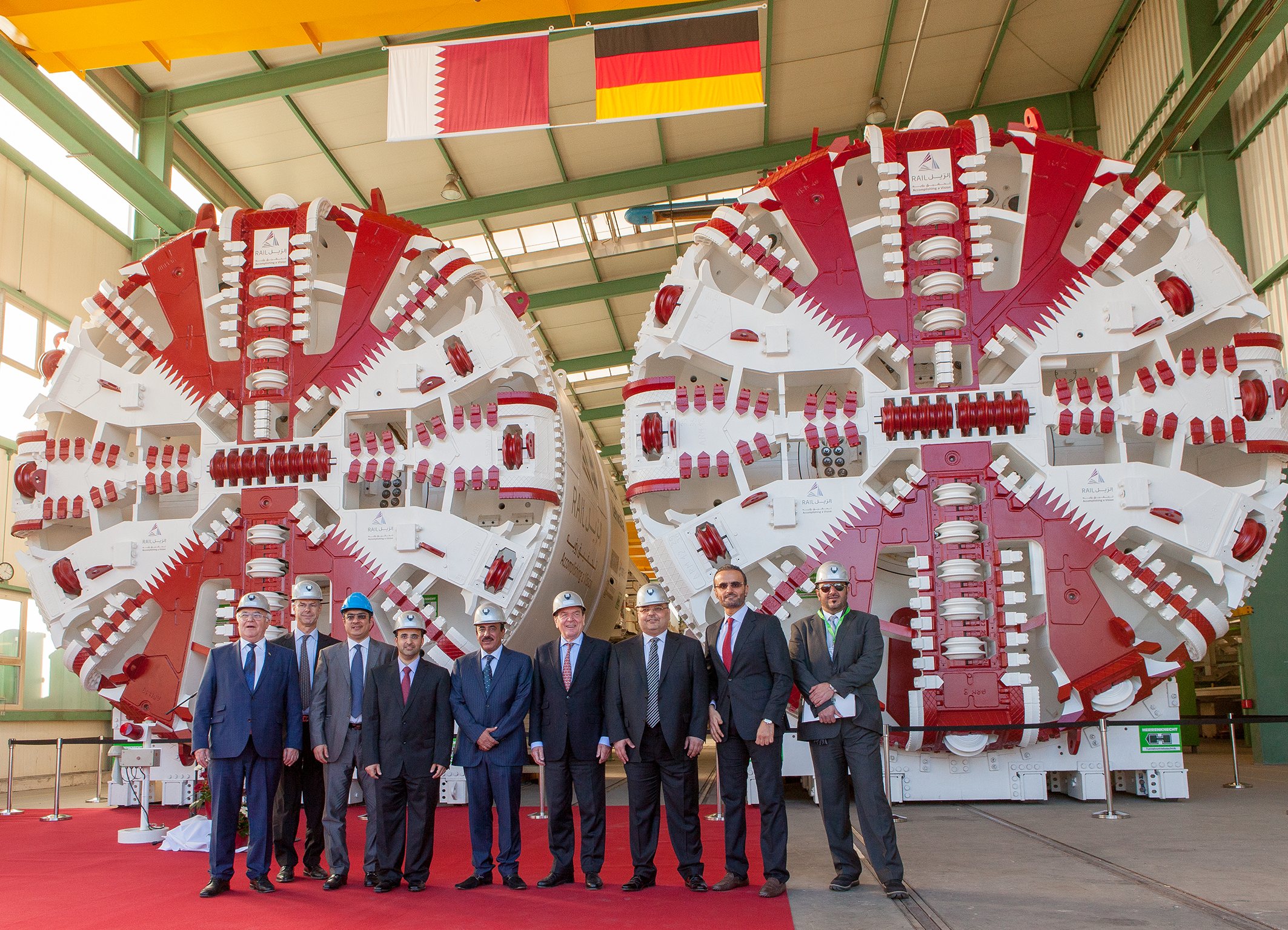 Herrenknecht will deliver 15 x 7m diameter EPBMs to the Doha Metro, the company has officially announced. At the Herrenknecht plant in Schwanau on Monday the Minister of Transport of the State of Qatar, HE Jassim Saif Ahmed Al Sulaiti, with his delegation composed of senior representatives of the client Qatar Rail and the JV QDVC/GS Engineering & Construction/Al Darwish Engineering as well as a representative of the Embassy of Qatar, inspected the first machine completely finished and ready for use.

During his visit Minister HE Jassim Saif Ahmed Al Sulaiti underscored the enormous importance of this project for Doha and the land of Qatar:

“Qatar holds its hopes and aspirations for the future in accordance with the Qatar National Vision 2030. One of the most important elements in fulfilling this vision is the infrastructure of the country itself. As such, we have allocated tremendous resources and a generous budget for upgrading Qatar’s infrastructure, to which Qatar Rail’s Doha Metro project is also included.”

The Earth Pressure Balance shields Lehwaila and Al Wakra with a diameter of 7,050mm and a cutting wheel drive of 1,280kW were ordered by the joint venture QDVC/GS Engineering /Al Darwish. The joint venture is responsible for the construction of the metro section Red Line South. The “Red Line” will not only handle the bulk of the national transport and connect the most important stadiums of the football World Cup in 2022. As a central line it also connects the city center with the airport and the Westbay Central.

By the year 2019 the 15 Herrenknecht machines are to drive about 90km of tunnel through the limestone below the Qatari capital for the Red Line South, the Red Line North and the Green Line.

Further plans envisage the completion of a second section by 2026. Then the Doha metro with four lines and around 100 stations will connect the residential and business centers of the capital with each other and with the suburbs.