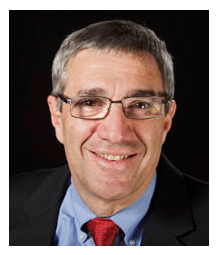 The American Society of Civil Engineers (ASCE) has announced that Nick DeNichilo, President and CEO of the engineering firm Hatch Mott MacDonald (HMM), will receive the prestigious OPAL award for 2015. The award, which stands for Outstanding Projects and Leaders, will be presented on March 26, 2015.

Announcing the award, the ASCE said, “DeNichilo is responsible for the success and sustainability of the firm’s entire operation, which encompasses all of North America…. Under his leadership, Hatch Mott MacDonald has more than tripled in size — from a staff of 866 in 2002 to a staff of 2,700 in 2014, working from 76 offices across the U.S. and Canada — and has emerged as an important player in the premier league of North American consulting firms.

Hatch Mott MacDonald also has achieved more than a six-fold increase in profitability primarily through internal growth, and is ranked 31st on the 2014 Engineering News Record’s list of Top 500 Design firms during DeNichilo’ s tenure as CEO.”

According to the ASCE, the OPAL awards “recognize and honor outstanding civil engineering leaders whose lifetime accomplishments and achievements have made significant differences in one of five categories: Construction, Design, Education, Government, and Management.” DeNichilo’ s award is in the category of Management.

DeNichilo has been licensed as a Professional Engineer in seven states and the District of Columbia, and is a member of numerous engineering societies. He is a leading voice on behalf of safe engineering practices, technical innovation, and the importance of designing for resiliency in a time of increasingly severe climate conditions.