Home > Holey breaks through on Spadina

Holey breaks through on Spadina 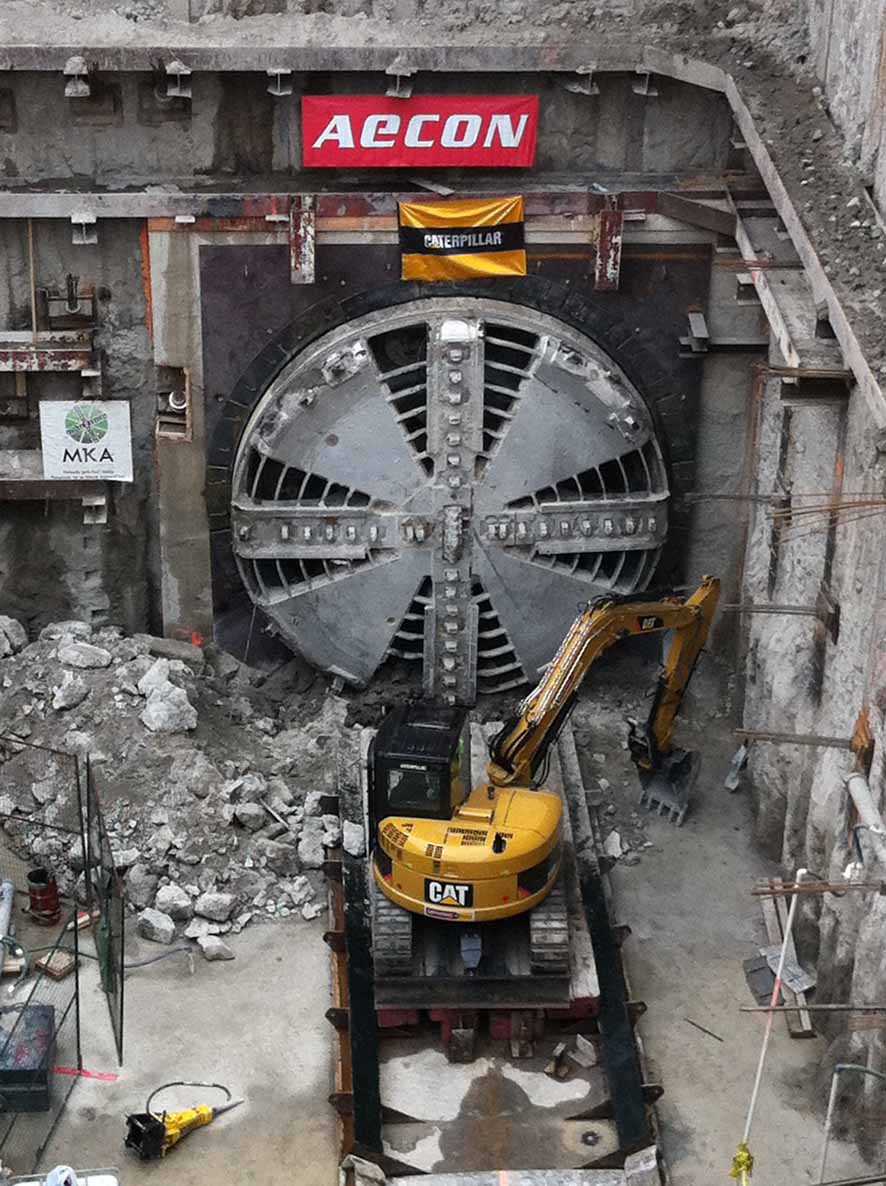 ‘Moley’, the second TBM to get going on the project, has about 150 rings remaining and is expected to follow Holey’s breakthrough within the next fortnight.

The northern headings commenced in the summer of 2011 and, despite some early challenges with the TBMs, tunnelling has progressed well with productions of up to 27m (88.5ft) per day. Some difficult areas were encountered, where due to settlement concerns, it was necessary to work 24 hours a day seven days a week. Exhausting for the crews and a logistical challenge for the staff involved, all parties pulled together and successfully completed the tunnelling through these areas.

Following breakthrough into the reception shaft at Finch West Station the twin TBMs will be dismantled for shipping to a second launch shaft at the southern end of the new Sheppard West Station. The machines will then be re-launched south, towards the Spadina line’s existing Downsview Station. Cross-passage construction and concreting works will then commence within the northern headings. Tunnelling works for the Southern Tunnels Contract are expected to be complete by the end of this year. 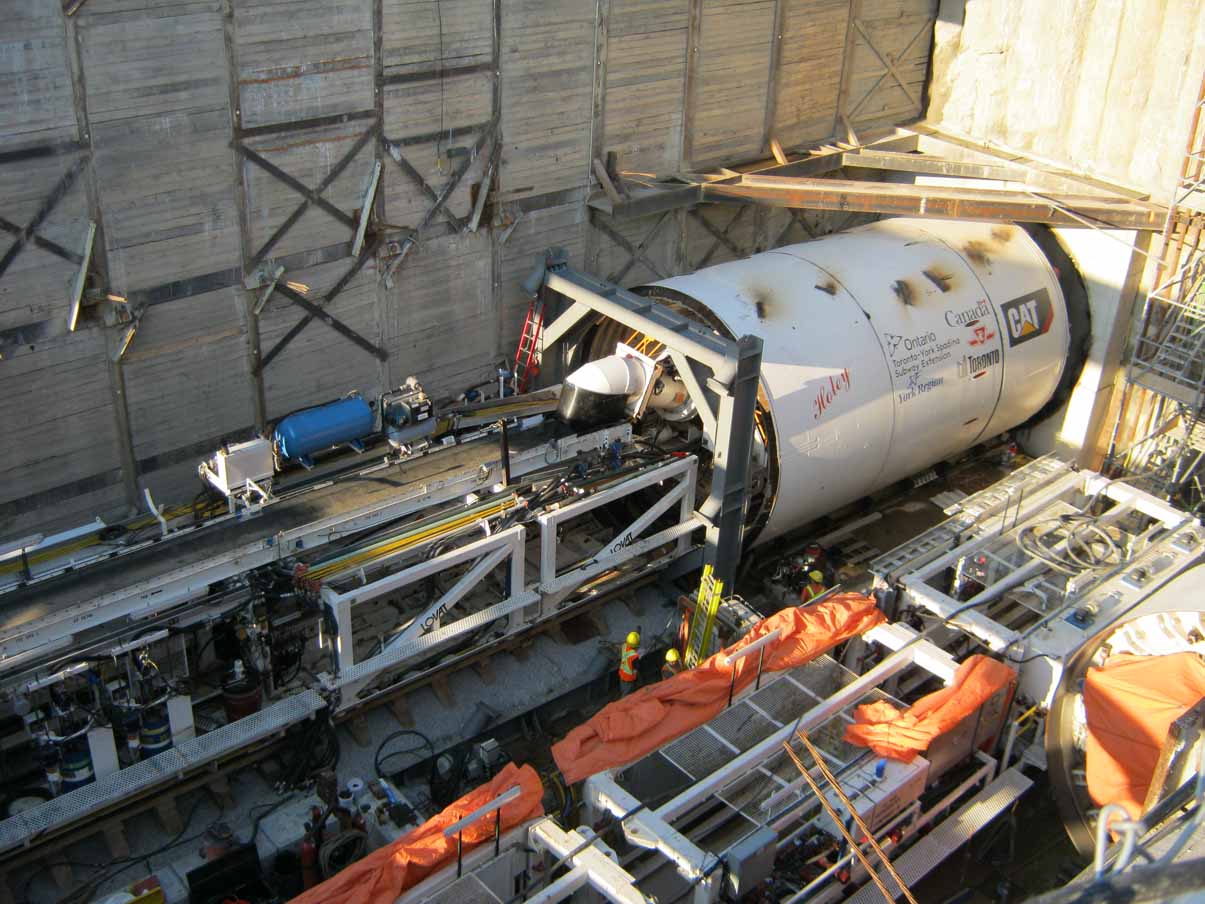 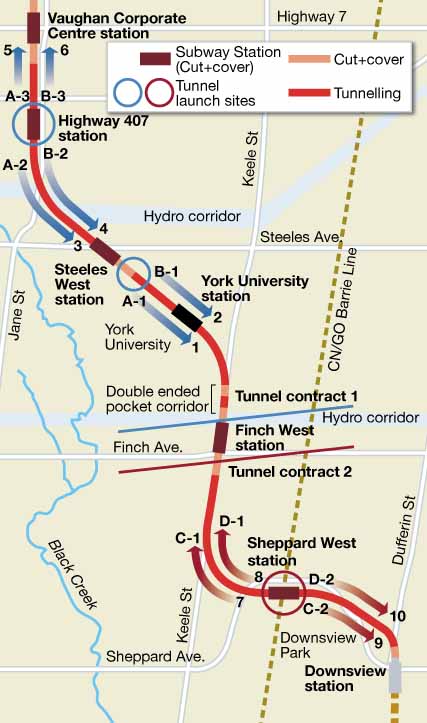