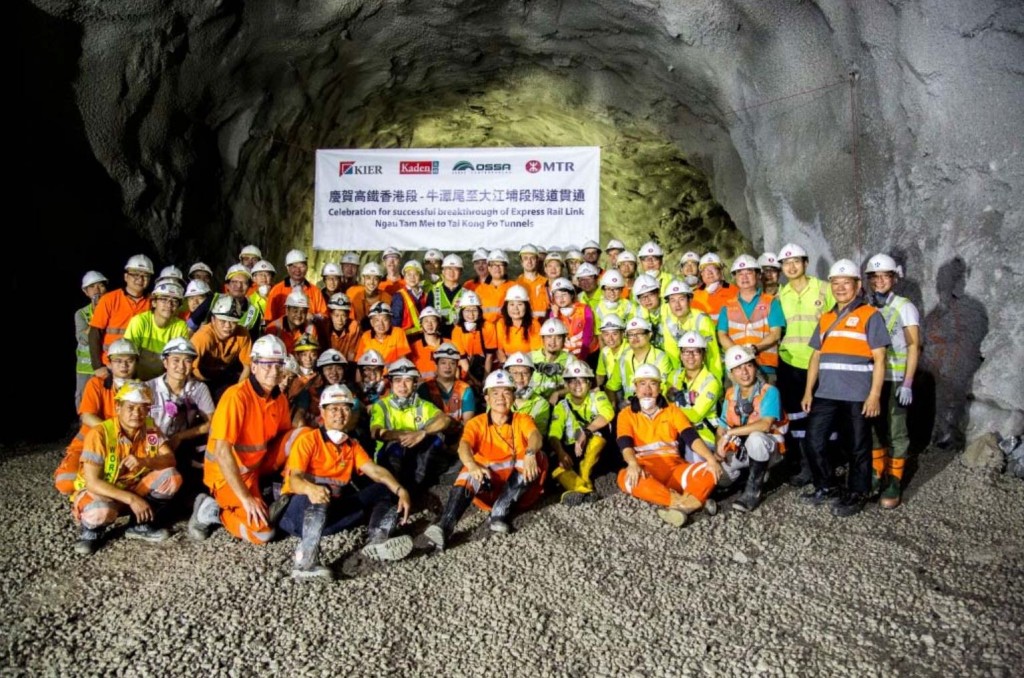 Excavation of the Ngau Tam Mei to Tai Kong Po Tunnels on Hong Kong MTR’s Express Rail Link project (XRL) has been completed with the successful breakthrough in early March. The breakthrough marks the completion of all of the 12.9km of drill-and-blast works on the project. At the same time, the Shatin to Central project reports its first TBM breakthrough 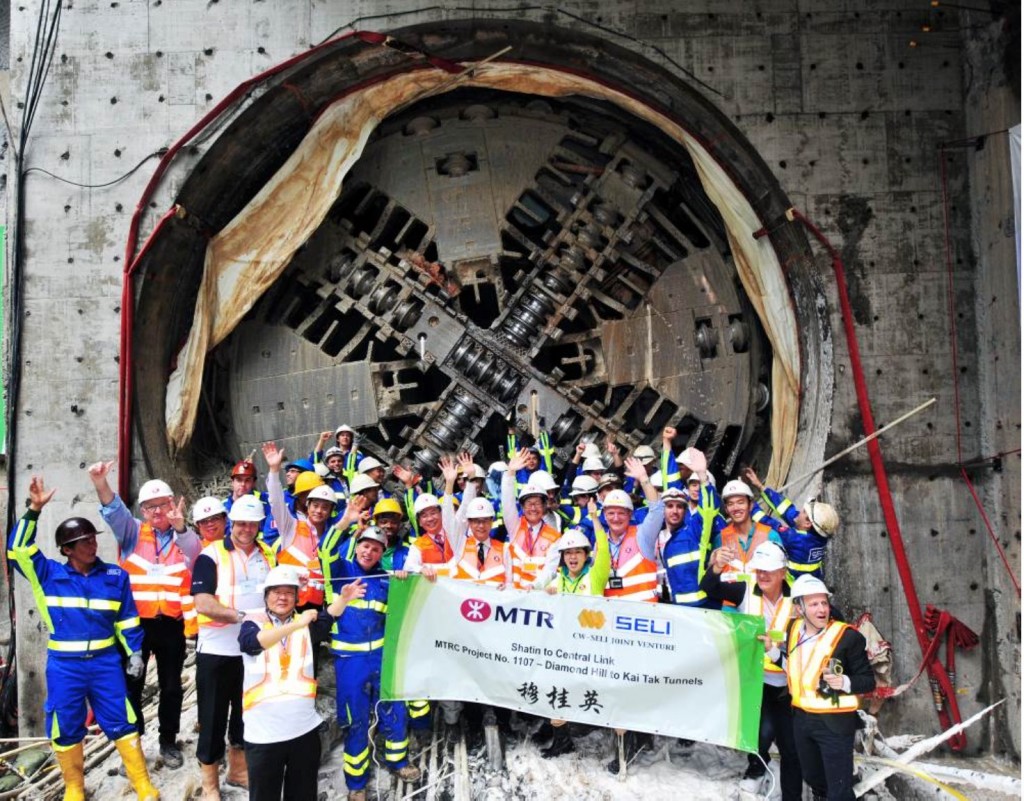 “Since this tunnel excavation commenced in September 2014, we have overcome many challenges including difficult geological conditions and passing underneath two important traffic arteries in the district, namely Prince Edward Road East and Choi Hung Road. I would like to express heartfelt thanks to the MTR projects team and our contractors for their commitment and efforts. As we move forward, we will continue to do our utmost to keep stakeholders fully informed about our progress and minimize any impact to the nearby community,” said Mr Lincoln Leong, Chief Executive Officer of MTR Corporation, who was on hand to witness the breakthrough.

The TBM for the construction of this 750m tunnel section is named “Mu Gui-ying” after the legendary Chinese female warrior renowned for her courage and wisdom. With the up-track excavation completed, “Mu Gui-ying” will be retrieved from the tunnel shaft and re-assembled for the down-track tunneling works which are expected to commence at Kai Tak in the second half of this year.