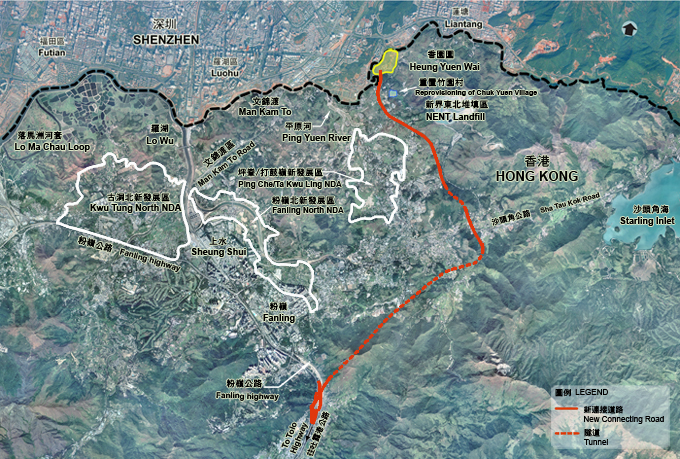 Hong Kong’s Civil Engineering and Development Department (CEDD) has invited tenders for the contract for the road and tunnel works of the $15bn Liantang/Heung Yuen Wai Boundary Control Point. The works mainly comprise the construction of a dual two-lane trunk road including an approximately 4.8km vehicular tunnel linking up the proposed Sha Tau Kok Road interchange and the Fanling Highway interchange.

Also included is the construction of an administration building and three ventilation buildings; and tunnel electrical and mechanical works and associated works.
The works are scheduled to commence in May 2013 for completion in November 2017.
The CEDD has commissioned AECOM Asia Company Limited to design and supervise the works. Interested contractors may obtain the tender forms and other particulars from AECOM at 8/F, Tower 2, Grand Central Plaza, 138 Sha Tin Rural Committee Road, Sha Tin.
The closing time for the tender is noon on January 25, 2013. Tender submissions should be placed in the Government Secretariat Tender Box at G/F, East Wing, Central Government Offices, 2 Tim Mei Avenue, Tamar.