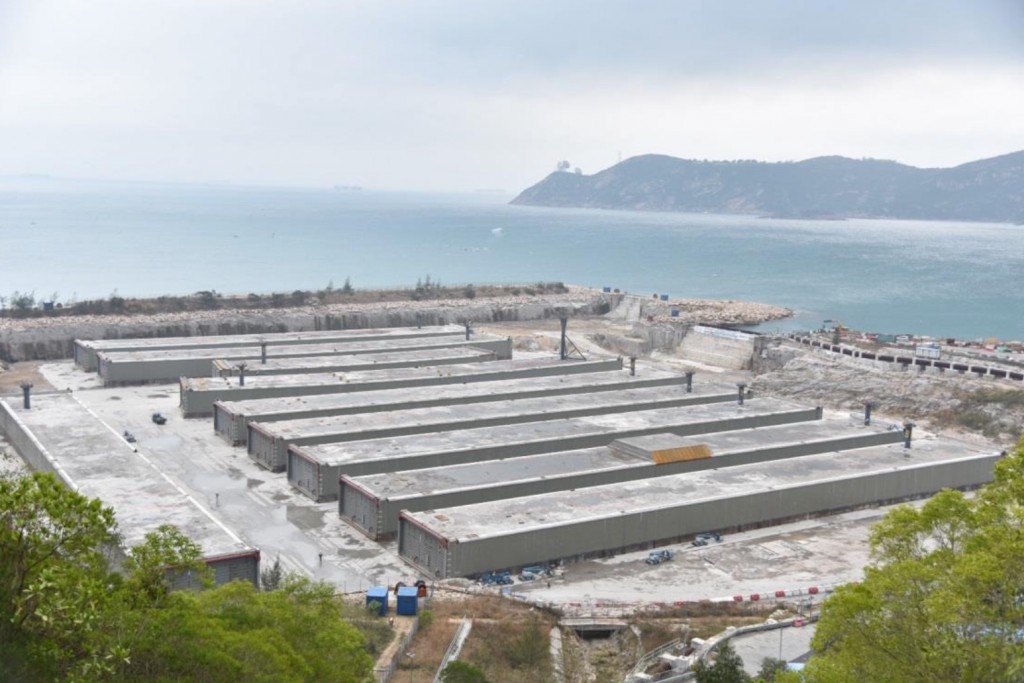 Hong Kong MTR’s Shatin to Central Link (SCL) has celebrated another milestone at the former Shek O Quarry with the completion of all the pre-cast units for the 1.7km long new cross-harbour railway tunnel.

The new tunnel section will extend the East Rail Line across the harbour to a new station in Wan Chai North and terminate at Admiralty.

Witnessed by government representatives and working partners, water started to flow into the basin where eleven tunnel units have been fabricated. In two months’ time, these pre-cast tunnel units will be floated and towed to the sea one by one for further immersion and connection on the seabed of the Victoria Harbour.

Mr TM Lee, General Manager – SCL and Head of E&M Construction of MTR Corporation said at the celebration today, “The water filling into the casting yard brings us a step closer to the delivery of the SCL cross-harbour tunnel. Our project team has geared up to prepare for the next challenge when the new cross-harbour tunnel units submerge under the Harbour which is targeted for completion by early 2019.”

Extending the existing East Rail Line from Hung Hom Station, this railway harbour crossing will reach the Causeway Bay Typhoon Shelter and connect to the machine-bored tunnels towards Wan Chai North and Admiralty, to form the North South Corridor of SCL. To date, around 48% of the overall works for the North South Corridor have been completed and it is targeted for commissioning in 2021.