Written by Tris Thomas on 26/02/2021 in Uncategorized
Tagged: Herrenknecht,

Excavation has been completed on the north portal site of HS2’s Long Itchington Wood Tunnel, ready for the launch of the TBM that will bore under the ancient woodland in Warwickshire.

The works were undertaken by Collins Earthworks under contract to HS2’s main works contractor BBV Joint Venture (Balfour Beatty Group and VINCI Construction), which is responsible for building the northern section of HS2 as it heads into Birmingham.

The team has excavated 300,000m3 of soil, with the topsoil and subsoils stored and separated with a layer of straw, so they can be put back in the same way after the tunnel has been built.

The yet-to-be named 2,000 tonne Herrenknecht TBM is currently arriving at the prepared site in pieces and will be reassembled ready to start boring the tunnel in the summer. It will take five months to construct the first bore of the tunnel. It will then be extracted at the south portal before being transported by road back to the north portal to commence the second bore.

At the peak of construction on the whole of Phase One, ten TBMs will work 24 hours a day, 7 days a week. Weighing up to 2,200 tonnes, each 160m long machine will bore and line the tunnels as they drive forward at speeds of up to 15m per day. 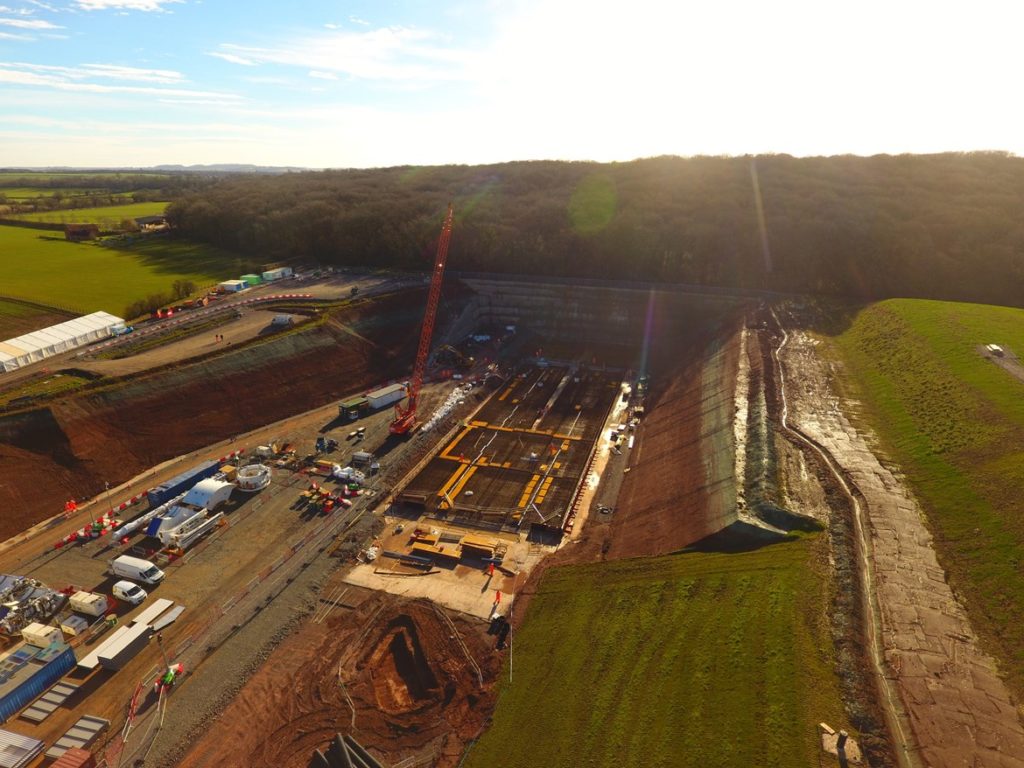