HS2 Ltd has announced a shortlist of nine bidders for civil engineering work valued between £7.1 and £11.8bn between London and Crewe. Shortlisted bidders will be invited to bid for a maximum of four packages but will be limited to two contract wins. 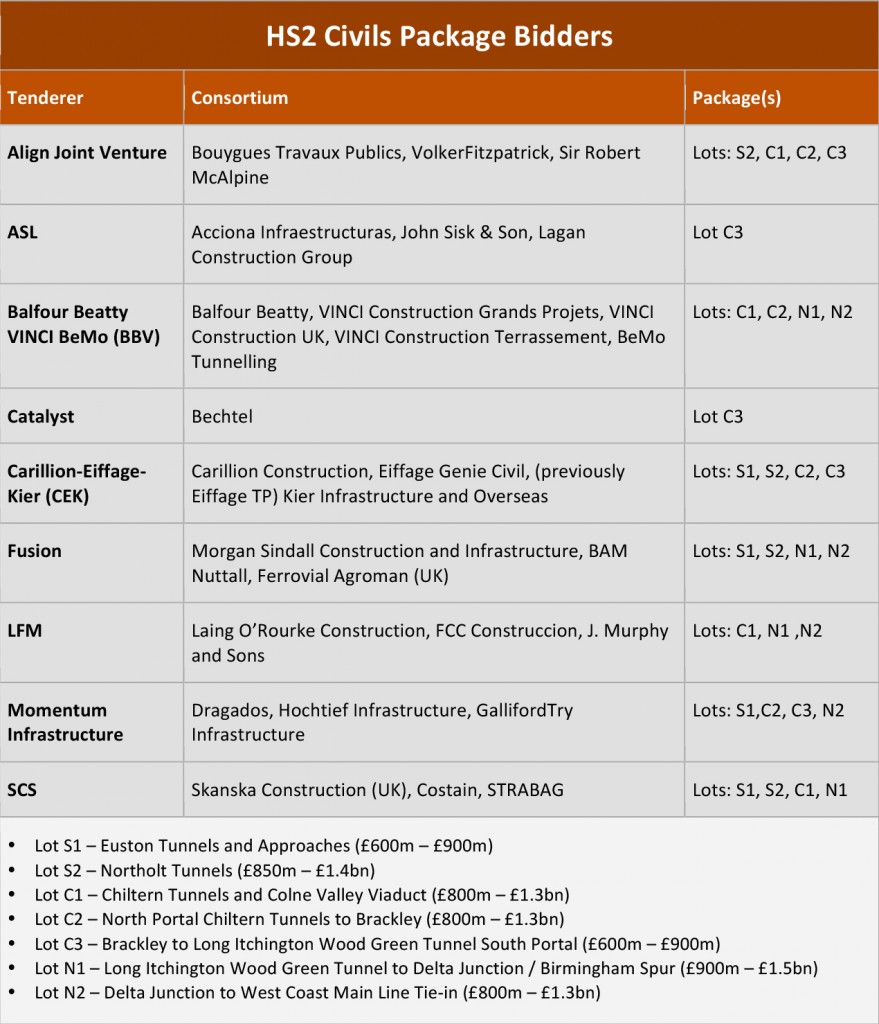 Firms that deliver the best results in terms of value and efficiency will be eligible to bid for work on an additional 40 miles between Birmingham and Crewe, due to open in 2027.

In a further milestone for the wider project, HS2 Ltd also published details of engineering design work worth up to £500 million for developing the detailed plans for Phase Two, including Crewe to Manchester and Birmingham to Leeds, ahead of a formal route decision on Phase Two, expected in the autumn.

Applicants are expected to be shortlisted in the summer with the successful bidders appointed once the route has been announced.

Additional work covering stations and railway systems will follow over the course of the next year. In total the first phase of the project is forecast to create 14,600 construction jobs and quality apprenticeships for our young people, the majority of which will be in civil engineering.