Huge contracts tendered for Austria to Italy's Brenner Base Tunnel 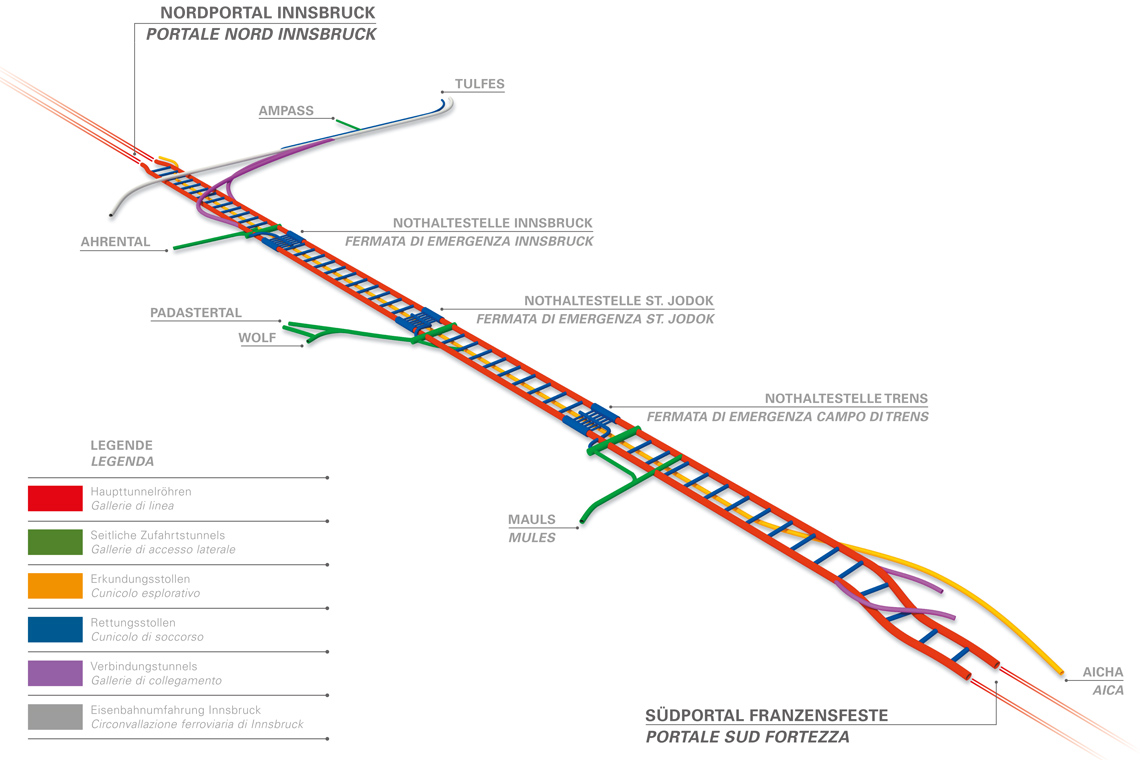 Brenner Basis Tunnel SE (BBT SE), the client for the near €9bn, 55km long Brenner Base Tunnel, has published two huge tenders, one for the construction work for several tunnels between Tulfes and Pfons and the other for complex works near the Isarco river near Fortezza. The total amount tendered is estimated at €830M.

The Tulfes–Pfons construction lot includes a further stretch of the exploratory tunnel, the rescue tunnel for the Innsbruck bypass and two connecting tunnels, The total length of all the tunnels to be built is 38km. The cost is estimated at €460M. Construction on the exploratory tunnel will continue for 15km southwards, starting at Ahrental all the way into the territory of the municipality of Pfons. This stretch will be the first time a TBM is used on the Austrian part of the Brenner Base Tunnel. A 9.1km rescue tunnel will be built parallel to the existing railway bypass in Innsbruck (Inn Valley tunnel). Further construction will concern two connecting tunnels leading from the Innsbruck bypass to the main tunnels of the BBT. The tender includes the works for the excavation and the lining of the rescue tunnel and the connecting tunnels. The contract will be awarded to the the lowest price bidder. Construction time is estimated at about five years. Work should begin in Summer of 2014. 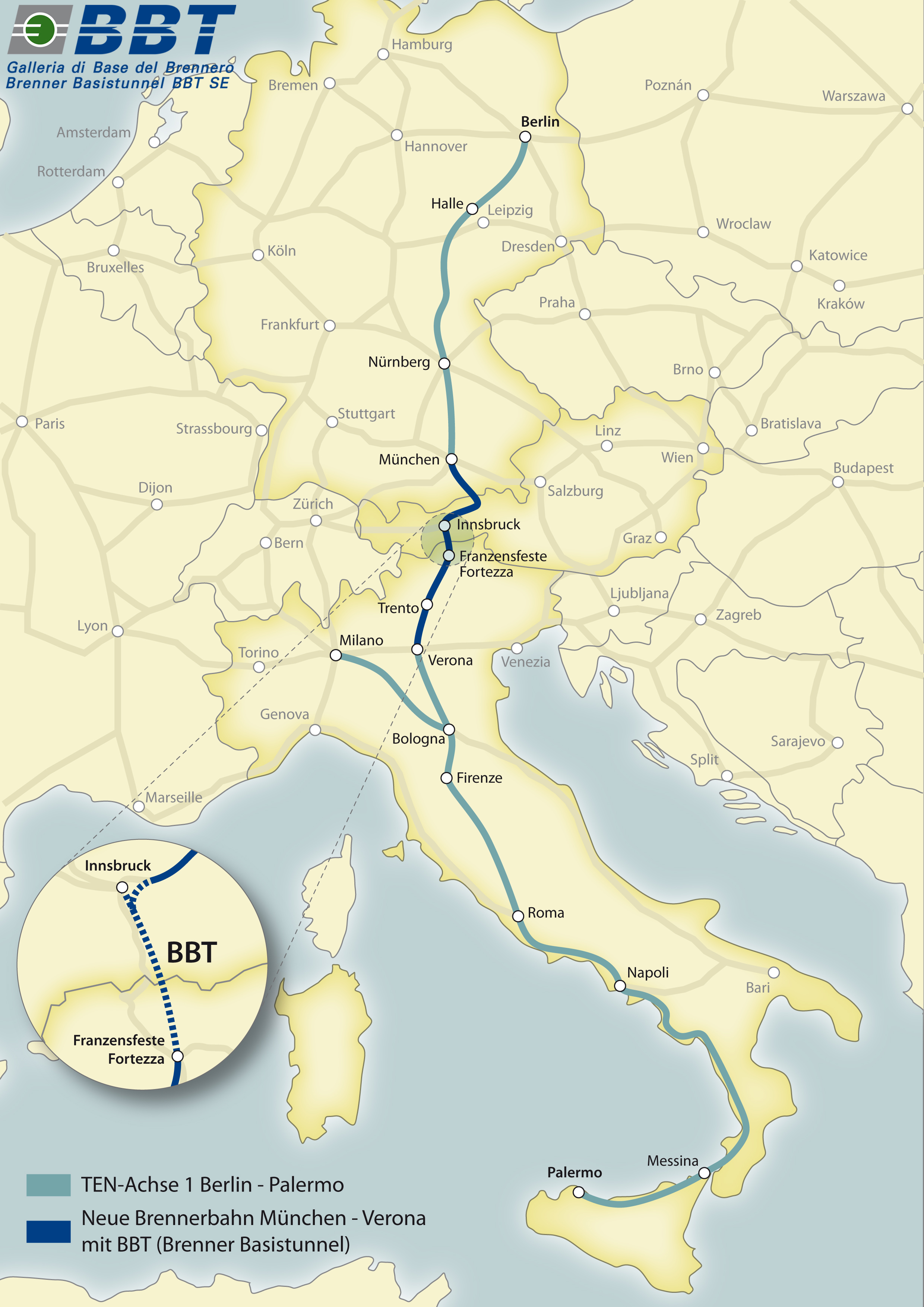 The Isarco river underpass section includes the construction of the main tunnels north of Fortezza and the two connecting tunnels between Oberau and Mittewald that link to the existing line. These tunnels run just a few meters below the bed of the Isarco river. Before work on these tunnels begins, a series of preparatory works must be carried out on the surface. For example, the state road SS12 will be moved, two bridges will be built over the Isarco and the Rio Bianco and a loading area will be built adjacent to the A22 highway, which will be needed for the transportation and supply of building materials. Roughly 3.5km of tunnel will be excavated using drill and blast. A further 1.5km of tunnel near the Isarco will be constructed using the cut-and-cover method. While this construction work is ongoing, the river flow will be temporarily redirected. The existing railway line will be permanently re-routed. The contract will be awarded to the tender with the highest overall score. Participants may suggest improvements. The cost is estimated at €370M. The preparatory work should begin in Spring of 2014; excavation of the main tunnels should begin in Summer 2015. Construction time is estimated at nine to ten years.

The 8.1m i.d. Brenner Base Tunnel, with its 5m i.d. exploritory tunnel, is the main element of the new Brenner railway from Munich to Verona. At a total of 64km, it is the longest underground railway connection in the world, a pioneering work of engineering and it will markedly improve passenger travel and freight transport through the heart of Europe.