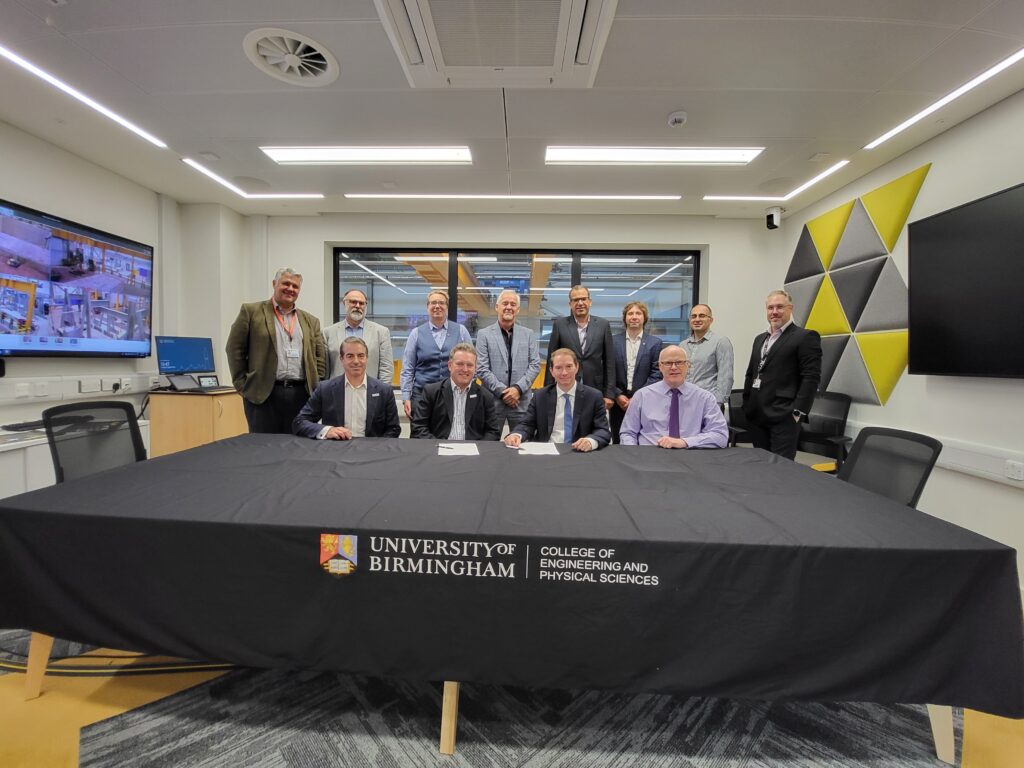 New automated construction methods being developed by hyperTunnel are designed to benefit the construction sector and society as a whole by reducing carbon footprint and building tunnels more than 10 times faster and at half the cost of conventional methods.

At the heart of the concept is the use of robots to 3D-print the shell of the underground structure, according to a digital twin. Using this method, the construction material is deployed directly into the ground.

Initially focusing on autonomous tunnelling technologies, imaging and digital simulations, the partnership between the two organisations is likely to include activities such as collaborative research, technology projects, joint publications, secondments, internships and education programmes.

Key to the MoU is the University of Birmingham’s National Buried Infrastructure Facility (NBIF), which is part of the UK Collaboratorium for Research on Infrastructure and Cities (UKCRIC). UKCRIC is designed to stimulate research activities in the fields of infrastructure and cities through close collaboration between academia, industry and government. NBIF is currently leading research into areas such as soil/structure interaction, digital twinning, tunnelling and quantum-technology sensing.

hyperTunnel and the University of Birmingham will also engage in joint activities at the University’s new campus in Dubai, which includes the development of a multi-million pound Tunnelling Centre of Excellence.

“We’re really looking forward to diving into this collaboration,” said Nicole Metje, Professor of Infrastructure Monitoring at the University. “Joining forces with pioneering British organisations like hyperTunnel to expand our research and amplify our impact and theirs is exactly what we’re about. This partnership is a significant milestone for NBIF.”

“The University of Birmingham is one of the top 100 academic institutions in the world and NBIF is a world-class facility,” said hyperTunnel co-founder Jeremy Hammond. “Both our organisations are deeply involved in radically innovating underground infrastructure and use of underground space. It’s really exciting to think about what we can achieve by combining our expertise like this.”