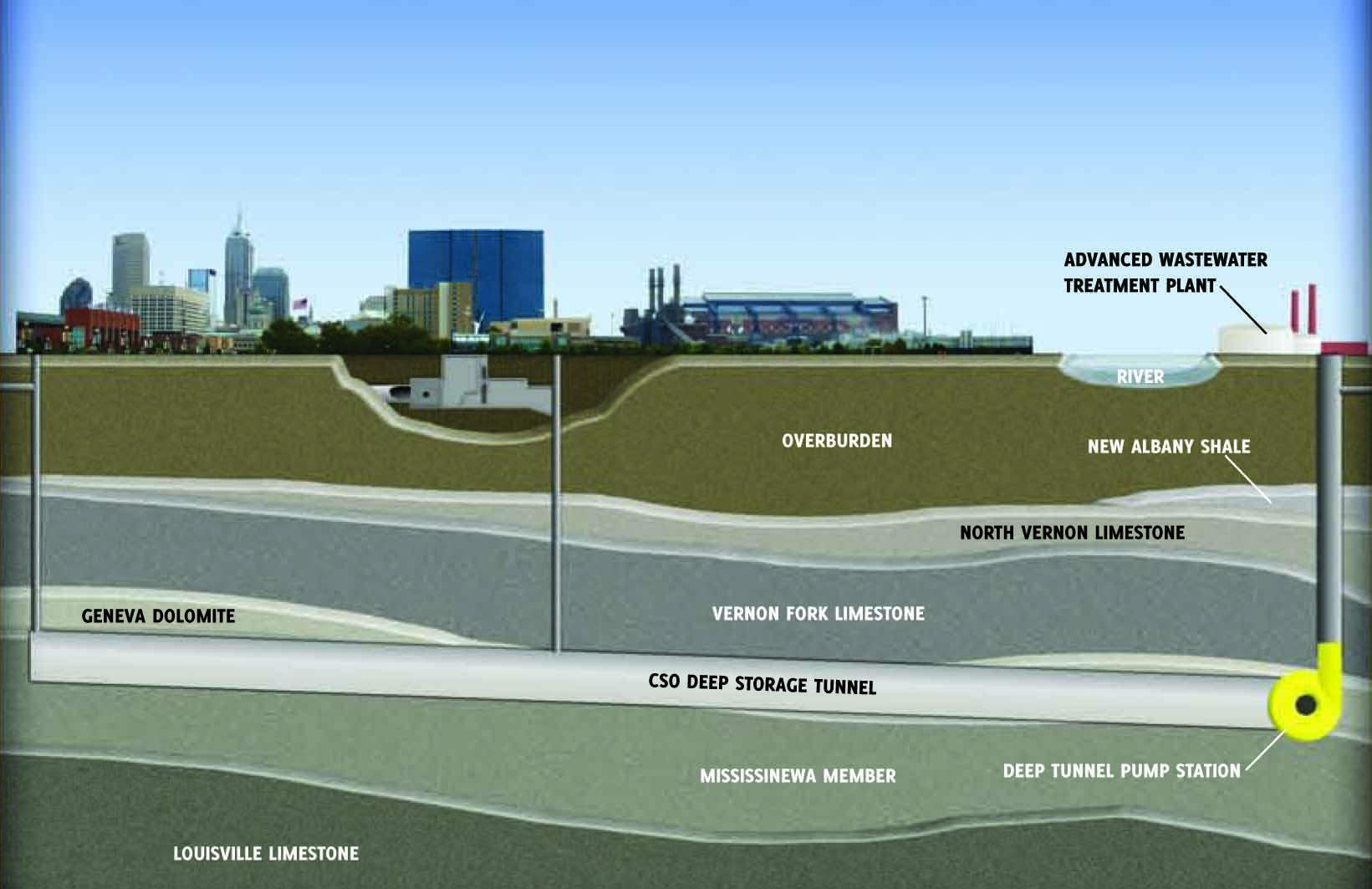 “AECOM is always eager to be involved with initiatives that create, enhance and sustain our built, natural and social environments,” said John M. Dionisio, AECOM president and chief executive officer. “This project will help solve some key environmental challenges for Indianapolis.”

Once complete, the DRTC will provide a portion of the CSO storage, collect major sewer overflows and provide future connections to other tunnels. The main tunnel consists of approximately 12.2km long of an 5.48m diameter tunnel at a depth of 75m. The downstream dewatering pump station has a discharge capacity of 90 million gallons per day (mgd) and an installed capacity of 120mgd, which discharges to the Southport Advanced Wastewater Treatment Facility.

The project is slated for completion during 2017.

For more on the project see: