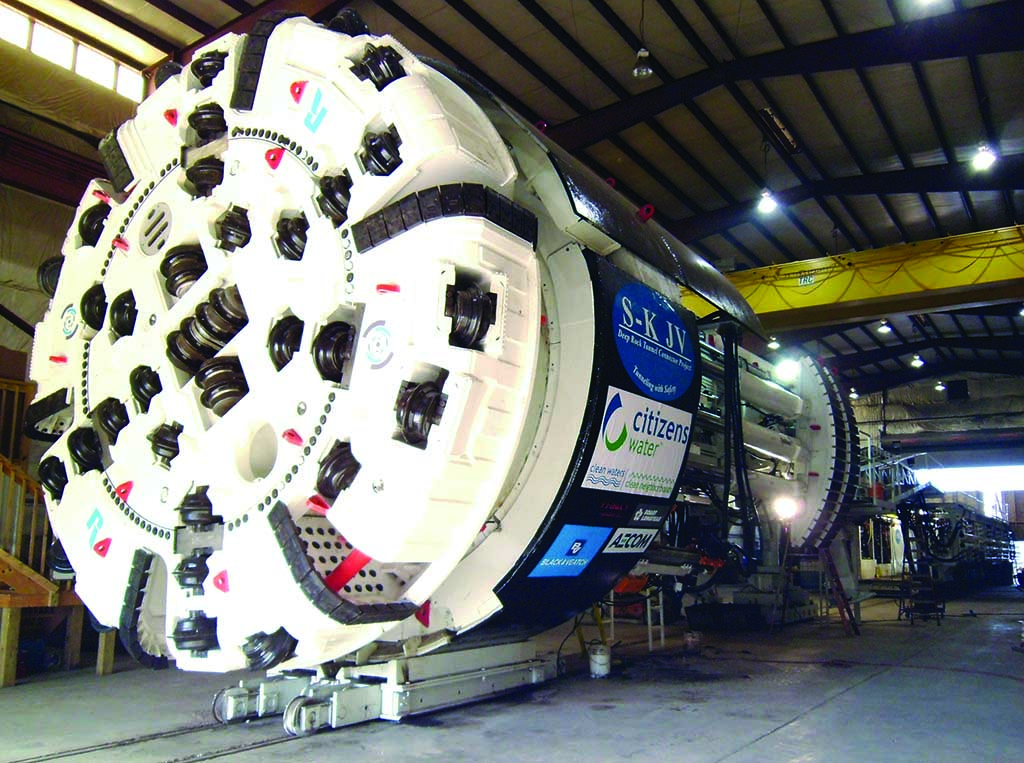 On November 27, the 20.2ft (6.2m) diameter Robbins hard rock cutterhead that will be put to work on Indianapolis’ Deep Rock Tunnel Connector (DTRC) project, in the USA, was delivered to site.

Its arrival at the staging area was timed with a ceremony that included the city’s mayor and local officials, marking the assembly progress of the large Main Beam TBM. Once launched from a 250ft (76m) deep shaft, the machine will embark on the 7.5-mile (12.2km) long wastewater tunnel for the Shea/Kiewit JV.

The contractor-owned machine was refurbished and redesigned by Robbins in its Cleveland, Ohio and Mt Pleasant, Pennsylvania facilities following its most recent excavation at New York City’s Second Avenue Subway.

Its latest rebuild was complex, according to Dave Girard, Senior Engineer for JF Shea Construction: “We retrofitted a machine built in 1976 with the latest technology – in particular, variable frequency drive motors.” Other new components include the back-loading cutterhead with 19in disc cutters and rescue chamber.

Scheduled for launch in early 2013, the machine will proceed towards the Belmont Wastewater Treatment Plant at depths of 270ft (82m) through competent limestone and dolomite. Robbins continuous conveyors, including a horizontal and vertical conveyor, will aid in muck removal on the long drive. Once complete, the tunnel will be lined with un-reinforced concrete, making the finished diameter 18ft (5.5m).

Four additional deep storage tunnels will also be built: The White River and Fall Creek tunnels (which will commence in 2015); and the Pleasant Run and Pogues Run tunnels (which will begin in 2020). The entire Deep Rock Tunnel System is due to be completed in 2025.