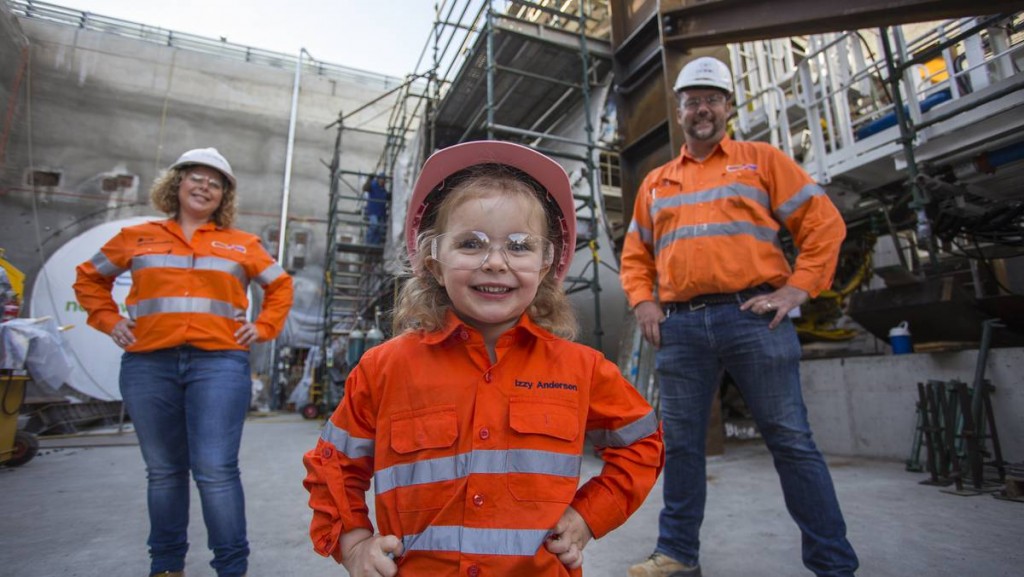 “Isabelle is the first of the two tunnel boring machines which will start work from Cherrybrook, digging the longest railway tunnels ever built in Australia,” said Transport Minister Gladys Berejiklian.

“The first tunnel boring machine Elizabeth is already more than 330 metres along her underground journey from Bella Vista to Cherrybrook, while the second machine Florence is now being assembled at Bella Vista to start digging before the end of this year.

“The third tunnel boring machine Isabelle, which weighs more than 900 tonnes, is being assembled and tested about 14 metres below the surface at the new Cherrybrook Station before she also starts digging in the next few months.”

Following worldwide tradition, the tunnel boring machine has been named after a female, by the tunnel builders Thiess John Holland Dragados (TJHD).

Isabelle Andersen goes to a local childcare centre and is the four-year-old daughter of the construction director, representing the families of the 900 workers who will deliver the twin 15km tunnels between Bella Vista and Epping.

“Izzy came to see me about a year ago asking if we could paint the tunnels pink. After being completely out-negotiated, we agreed on a compromise,” Mr Sleiman said. 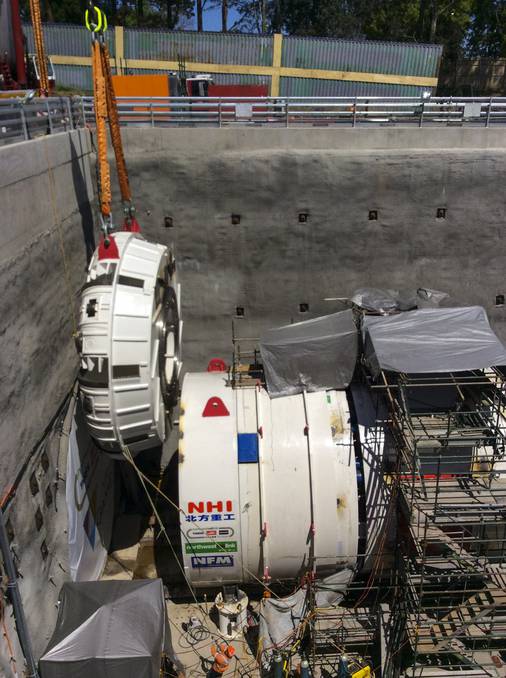 “Working safely and getting home to loved ones every day is a big motivation for everyone who works on the project. The third tunnel boring machine has been named Isabelle to represent the families of all crew working on this iconic project.

“The first two tunnel boring machines, Elizabeth and Florence, have already been named after women who have made a positive contribution to life in Sydney.”

Ms Berejiklian said work was powering ahead on the North West Rail Link.

“For more than a decade Labor promised, cancelled and then re-promised the North West Rail Link project and had nothing to show for it,” she said.

“The North West Rail Link includes eight new railway stations and 4,000 commuter car parking spaces. The project is due to open in the first half of 2019 and is the first stage of Sydney Rapid Transit, the city’s new fully automated rail network.

“If we receive a mandate next March, the Rapid Transit network will be extended through the CBD and west to Bankstown, giving public transport customers right across Sydney access to fast, reliable and modern turn-up-and-go services.”