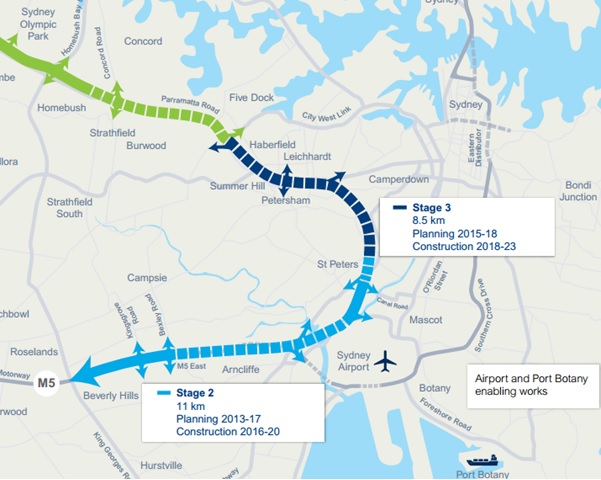 The Leighton Contractors/Dragados/Samsung C&T Joint Venture has been selected as the preferred contractor to design and construct Sydney’s $5bn New M5 Motorway. The project will deliver approx. 9km of two lane, twin tunnels.

Revenue to Leighton Contractors will be confirmed at contract execution which is expected in the coming months.

The New M5 tunnel, Stage 2 of WestConnex, Australia’s largest integrated transport and urban revitalisation project, is being delivered by Sydney Motorway Corporation (SMC), on behalf of the NSW Government.

“CIMIC and Leighton Contractors’ expertise, diverse capabilities and major project experience position us strongly for projects such as WestConnex and others in the Australian infrastructure pipeline.”

“Working closely with SMC our experienced team is contributing innovative design solutions and construction methodologies to enhance the motorway’s efficient construction and operations as well as community and environmental outcomes.”

The New M5 will run via tunnel from the existing M5 East at Kingsgrove to a new interchange at St Peters, substantially improving east‐west corridor access between the Sydney CBD, Port Botany and Sydney Airport precincts and the South West growth areas.

The project have the capacity to operate three lanes in the future, motorway to motorway connections to the King Georges Road Interchange Upgrade at Beverly Hills, and a new interchange at St Peters.

Subject to completion of the project’s approval process, major works are expected to commence in mid‐2016 and the New M5 tunnel is scheduled to open to traffic in late 2019.

WestConnex is being delivered in three stages, with final completion scheduled for 2023.