The New York City Department of Environmental Protection (NYDEP) has confirmed that Kiewit/Shea are the apparent low bidder for the Rondout-West Branch Bypass Tunnel with a bid price of $706,605,852. Other bidders were Schiavone with a price of $843,114,000 and Skanska/Traylor with a bid price of $911,902,000.
The contract will involve excavating a 2.5-mile (4km), 22ft (6.7m) diameter, TBM bored bypass tunnel under the Hudson River, between two shafts (built under a separate contract) at Newburgh and Wappinger that are 900ft (274m) and 700ft (213m) deep respectively. The tunnel, which is part of the City’s $2.1 billion upgrade initiative to repair the Delaware Aqueduct and upgrade other parts of the City’s water supply system, is designed to bypass a damaged section of the Rondout-West Branch Tunnel that is leaking approximately 15 to 35 million gallons of water per day into the Hudson River.

The Rondout-West Branch Tunnel repair project is split between two contracts. Schiavone Construction mobilized on its $101.6 million contract for the 30ft (9m) diameter shafts on either side of the Hudson River in January 2013. These are being excavated by conventional drill and blast methods and are expected to be complete sometime in 2016. The project will also use grouting to address a series of smaller cracks in the aqueduct in Wawarsing.

In late 2022, when the new bypass tunnel is completed, the existing aqueduct will be taken out of service and emptied. The bypass tunnel will be connected on both ends to the aqueduct and permanently replace the leaking section. 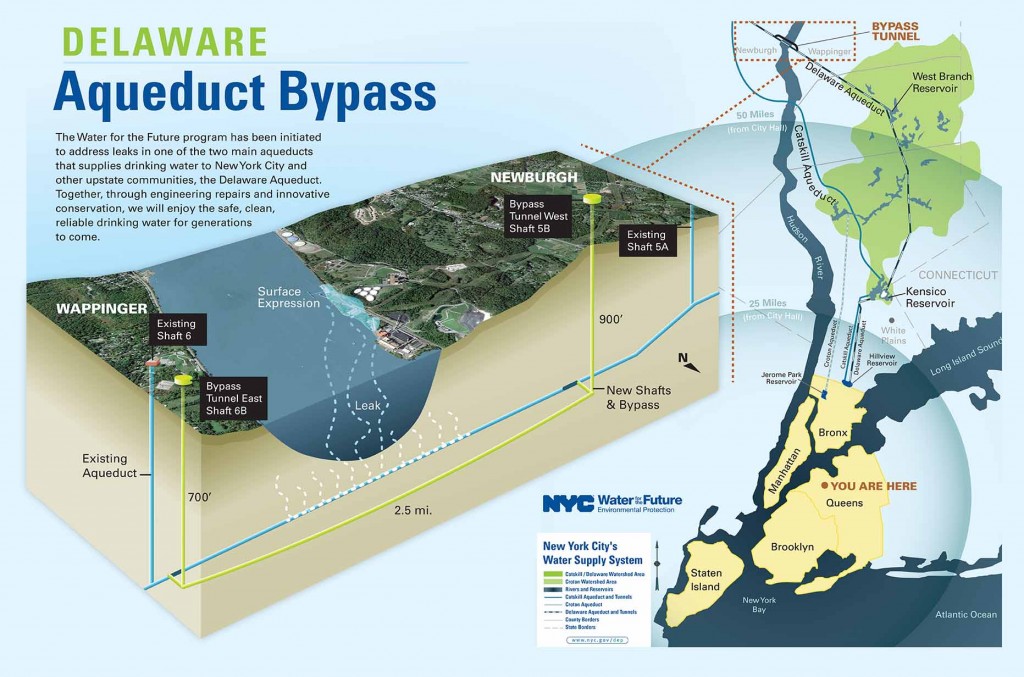