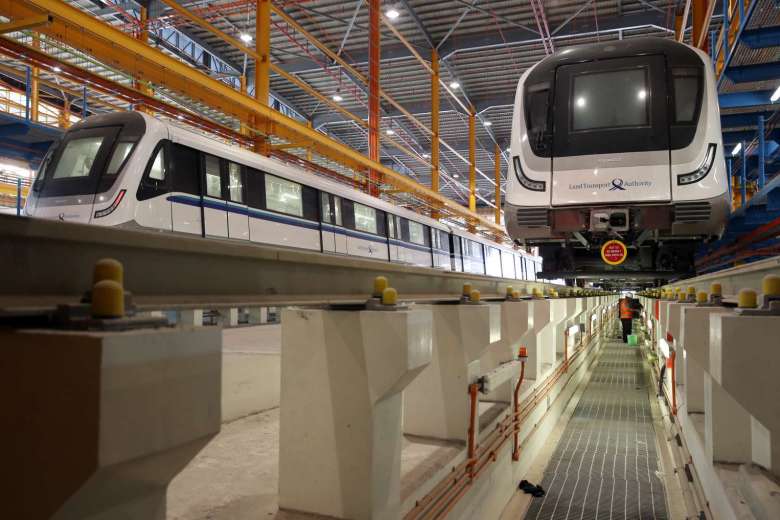 In addition, three other civil contracts for the construction of Siglap and Bayshore stations along Thomson-East Coast Line (TEL) and Xilin station along Downtown Line 3 Extension (DTL3e) were also awarded with a total value of around S$1.31 billion (US$0.96 billion).

The East Coast Integrated Depot will contain three train depots and one bus depot within a single site of 36 hectares. It will be able to house around 220 trains and 550 buses.

Artist's impression of the new train and bus depot

Works for the East Coast Integrated Depot and associated tunnels will start in the second quarter of 2016 and is targeted for completion in 2024.

The three train depots in the facility will be stacked one on top of the other, with a bus depot built next to them. The depot to serve the Downtown Line will be built underground, the TEL depot on the road level, and the East-West Line depot on top of it.

The LTA had said previously that if the four depots were built separately, a land size of 80 hectares would be required. The East Coast Integrated Depot, saves Singapore 44 hectares of land, or an area of approximately 60 football fields.. 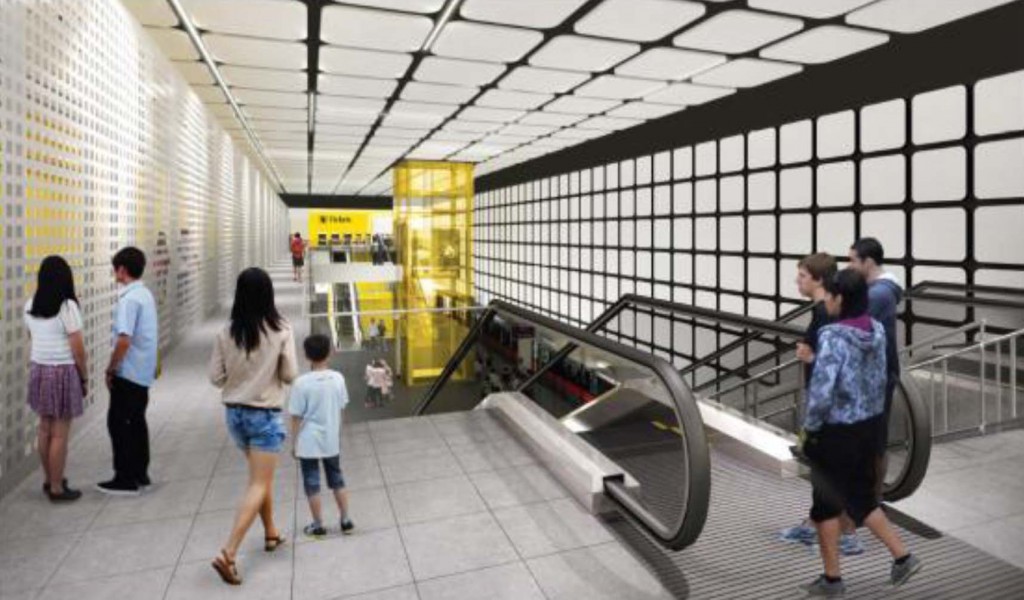 Impression of Xilin station on the Downtown Line 3 extension

The construction of the TEL Bayshore station and its associated tunnels has been awarded to Woh Hup (Private) Ltd – Shanghai Tunnel Engineering Co (Singapore) Pte Ltd Joint Venture at a contract sum of S$296 million. Both of the Joint Venture partners are established contractors in Singapore and have completed several infrastructure and building projects in Singapore and overseas. They were previously involved in the construction of Circle Line’s Bras Basah, Buona Vista, Dhoby Ghaut, Esplanade, Holland Village, Kent Ridge, Promenade and Serangoon stations.

Samsung C&T Corporation was awarded the contract to build the Xilin station on the Downtown Line 3 extension, as well as reception tunnels to the East Coast Integrated Depot depot, at a contract sum of S$834 million.

Works for all three projects are expected to start in the second quarter of 2016. The Siglap and Bayshore stations are targeted for completion in 2023 while Xilin station, in 2024.

DTL3e will be 2.2km long and consists of two stations. This extension to the 42km DTL will improve public transport accessibility to the Changi Business Park and Expo areas. By linking the TEL and DTL, this extension also improves public transport connectivity in the eastern areas of Singapore, and helps relieve crowding on the EWL.