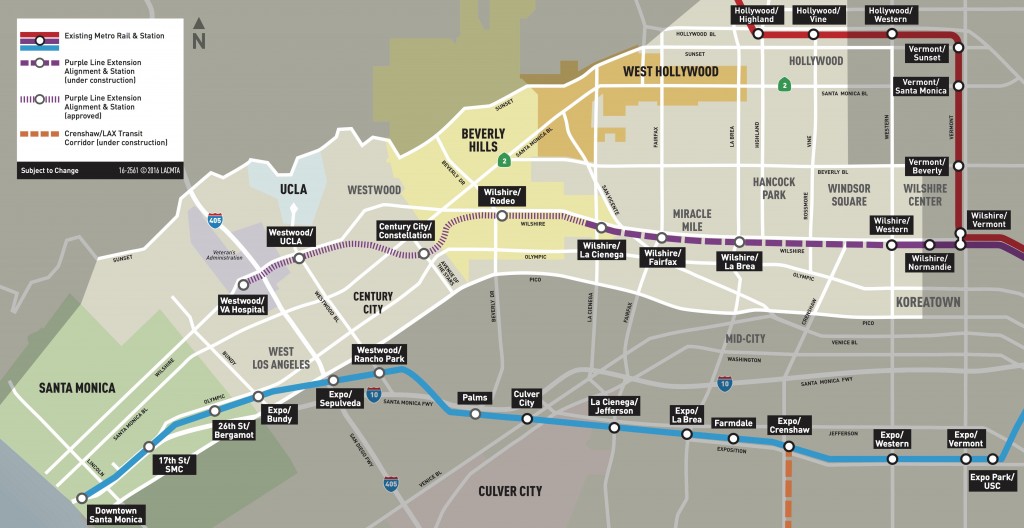 Metro’s staff recommendation will be presented to the Metro Board of Director’s Construction Committee on January 19 and is based on the firm’s competitive proposal of $1.37bn, which is approximately one-half billion dollars lower than other competitor bids. The full Metro Board is scheduled to consider the recommendation at its January 26 meeting.

Metro made its recommendation after a thorough and extensive competitive bidding process. The Tutor Perini team was ultimately deemed to have the best value proposal through a combination of technical, project management and price components. All three proposals submitted were comparable on their technical merits.

The recommendation is expected to keep the Purple Line Extension on schedule and on budget for Los Angeles County residents.

“We can and must redefine our relationships with the contracting community to build Los Angeles County’s transportation future,” said Metro CEO Phillip A. Washington. “With their modern history of delivering successful tunneling projects throughout the world, Metro is confident that this contractor will play a critical role in helping us build the world-class public transportation system we have promised to voters.”

Metro intends to implement a strong oversight plan with experienced staff to ensure the project is completed as intended and remains on time and on budget. That includes ‘executive partnering’ between Metro and the contractor up to the CEO level to resolve project claims and changes. Metro will also pursue a collaborative approach to third-party issues.

Metro is now building the first section of the Purple Line Extension between the current subway terminus at Wilshire/Western and Wilshire/La Cienega with three new stations. The second section will add another 2.6 miles to the project with one station at Wilshire/Rodeo in downtown Beverly Hills and a station in the heart of Century City.

Completion of the second subway section is anticipated no later than 2026 per a funding agreement with the Federal Transit Administration and Metro is aiming to possibly finish the project at an earlier date.

A third and final section will extend the subway to the Westwood/VA Hospital. Construction of this last section is planned to begin as early as 2019.