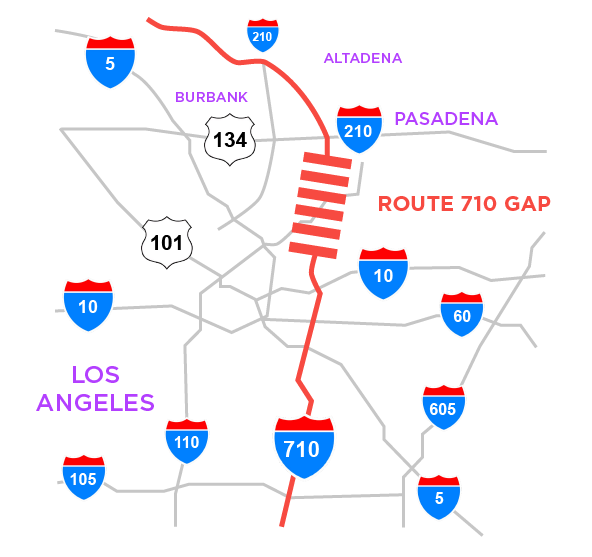 On May 25, the Los Angeles Metropolitan Transportation Authority (Metro) Board of Directors unanimously approved a motion to end its share of the funding of a controversial proposed $3.2bn, 4.9-mile tunnel to extend the 710 freeway from its current terminus from Alhambra to Pasadena.

The unanimous vote, which came after speakers testified at a hearing, diverts roughly $700 million in funding earmarked for the tunnel project to other local street-improvement projects in the Alhambra, Boyle Heights, and South Pasadena communities.

While the California Department of Transportation (Caltrans) has the final say on the tunnel, by removing its share of funding Metro has effectively killed the project, thus putting the 45-year battle over extension plans for the 710 freeway back to square one.

The 710 freeway is a major conduit for truck freight traffic coming up from the Ports of Los Angeles and Long Beach. As the freeway was being built in the 1960s, protests from South Pasadena delayed completion, resulting in the freeway ending at Valley Boulevard on the border between El Sereno and Alhambra. Since then, truck and other vehicular traffic coming off the freeway has inundated streets in those communities.

Attempts to extend the freeway to connect with the 210 Freeway in Pasadena have been repeatedly stymied by opposition from South Pasadena, Pasadena, and neighboring cities that didn’t want another freeway slicing through their communities. Several years ago, Caltrans proposed putting the connecting segment underground to avoid disrupting those cities, but still met opposition.