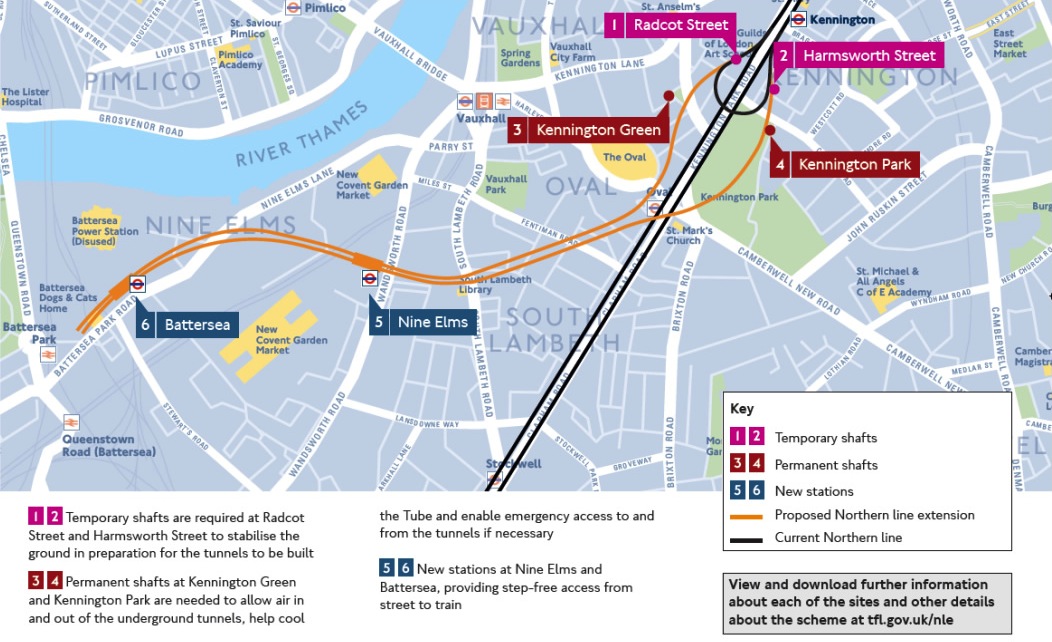 The UK Chancellor, George Osborne, has unveiled £5bn of investment spending by 2015, which includes the provision of a $1bn loan and guarantee by the Treasury for London Underground’s Northern Line extension. The project will extend the West End branch of the Northern Line from Kennington to Battersea Power Station and includes 3km of TBM driven twin-tube tunnels and two new stations.

Boris Johnson, the Mayor of London, said: “I am delighted that after months of intensive discussions and hard work we have got the go ahead from Government on financing an extension to the Northern Line, which is hugely significant as Nine Elms is one of the areas with the greatest prospect for new development in the whole of the capital. It will be an incredible confidence boost for developers preparing to invest there and it will also be a considerable boost for local people who will benefit from the new Tube link.”

Officials from the Mayor’s Office and Transport for London (TfL) will now finalise arrangements for financing of the extension with the Government. However work could begin on the extension by 2015 and services could begin operation by 2020.

A go ahead on financing the extension is the latest in a series of milestones to be achieved on the project over the last 12 months as considerable progress has been made on taking forward the planning framework for Nine Elms. In the last year alone a new buyer has been confirmed for the Battersea Power station site, seen as vital for the Northern Line Extension go-ahead, and plans have been proposed for a redevelopment of the site that will see the creation of 3,400 new homes, a new office quarter, a retail centre, new hotels, and an entertainment district.

A consultation is also already underway on the proposed extension of the Northern Line to Nine Elms and Battersea. The consultation is an essential piece of work that must be carried out before an application for a Transport and Works Act Order, which is required for infrastructure of this scale, is finalised in spring 2013.