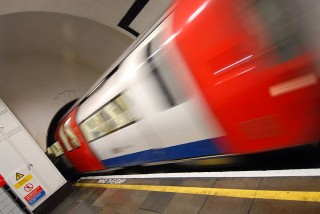 In a deal kept secret until after the UK’s general election, Transport for London has bought out the shareholders of the PPP contractor Tube Lines for US$480M, effectively taking control of the London Underground upgrade back into state hands and terminating what has been seen by many as a disastrous public-private-partnership.

From next month TfL will take full control of the maintenance works on the Jubilee, Northern and Piccadilly Lines, after buying Tube Line’s share capital and loan notes from Amey (a division of Spanish giant Ferrovial) and Bechtel.

London Mayor, Boris Johnson told the UK press that the deal was “excellent news” for the city and freed LU and private contractors from “the perverse pressures of the Byzantine PPP structure.” Johnson said he was confident that in the new set up LU and private contractors, “are more than capable of delivering the improvements to London’s transport network we need, on time and on budget”.

Bob Crow, general secretary of transport workers’ union RMT also chipped in, saying the deal was a “recognition on a massive scale that transport privatisation does not work.”

TfL stated its main priority is to complete outstanding upgrade works on the Jubilee Line, and that being free from the complexities of the PPP structure will allow it to make ‘substantial’ savings.

During the first seven and a half years of the Tube Lines contract with TfL, Amey has been responsible for the maintenance and Bechtel the capital improvements projects on the Jubilee, Northern and Piccadilly lines. On completion of the sale, Amey will continue to provide management and maintenance services during the next seven and a half year period under the existing contract with Tube Lines.  Bechtel will continue to work with London Underground for an interim period to ensure a smooth transition of the capital improvements programme into TfL.

Mel Ewell, Chief Executive of Amey, said, “Amey is looking forward to continuing to work with TfL and LU to provide the on-going maintenance and management of the Piccadilly, Jubilee and Northern lines.”

“We are proud of our record over the last seven and a half years and the results we have achieved – these include a significant reduction in delays across all three lines, increased reliability, improved safety and reduced costs. We look forward to building on these achievements and further strengthening our partnership with TfL so that together we can deliver a world-class transport service to the people of London.”

Mike Adams, President, Bechtel Civil, commented, “We are extremely proud to have played an important role in delivering the substantial improvements in performance on the Jubilee, Northern and Piccadilly lines, while transforming safety for people working on the network. These achievements are a tribute to the dedication and hard work of Tube Lines’ employees.”

The US$44bn PPP involved large sections of the Tube network being sold off on 30-year leases by the then chancellor, Gordon Brown. Two PPP groups took control of the works, the just sold Tube Lines, and Metronet, which went into administration in July 2007 due mainly to poor corporate governance and leadership, a National Audit Office (NAO) report revealed at the time.