The UK Government’s independent planning authority, the Planning Inspectorate, has confirmed it has accepted National Highway’s application for a Development Consent Order (DCO) for detailed examination of the Lower Thames Crossing project that includes the TBM construction of 4.5km, 16m+ diameter twin-tunnels under the River Thames. 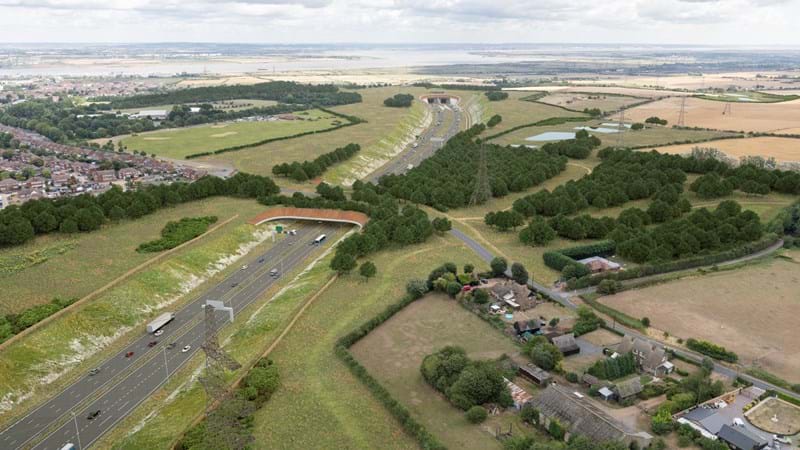 National Highways submitted its planning application for the road project on Monday 31 October following a comprehensive programme of assessments, consultation, and engagement with its stakeholders and communities. The project has been shaped by almost 95,000 consultation responses.

Should consent be granted, construction could start as early as 2024. The planning process is likely to take around 18 months including 6 months of examination, some taking place at public hearings. National Highways will provide information to local communities and road users to keep them informed of the process and how they can participate and provide their views on the proposals. Ahead of the examination, the public can register to become an Interested Party by making a Relevant Representation to the Planning Inspectorate.

Matt Palmer, Executive Director for the Lower Thames Crossing said: “The Planning Inspectorate has accepted that our comprehensive programme of consultation and design development has been undertaken properly, meaning our plans can now be taken forward for robust and thorough examination by independent, government-appointed experts.”

National Highways is designing the Lower Thames Crossing to be the greenest road ever built in the UK.  A tunnel was chosen rather than a bridge to avoid protected wetlands and marshes, seven green bridges would provide safer crossing points for people and wildlife, and viaducts are planned to protect a nearby flood plain.  Over 60km of new or improved pathways would be made available for walkers, cyclists and horse riders. The scheme is also a Pathfinder project, exploring carbon neutral construction, and is the first UK major infrastructure project to put carbon reduction at the heart of its procurement process, where contractors incentivised to drive down carbon at every step, and throughout the supply chain.