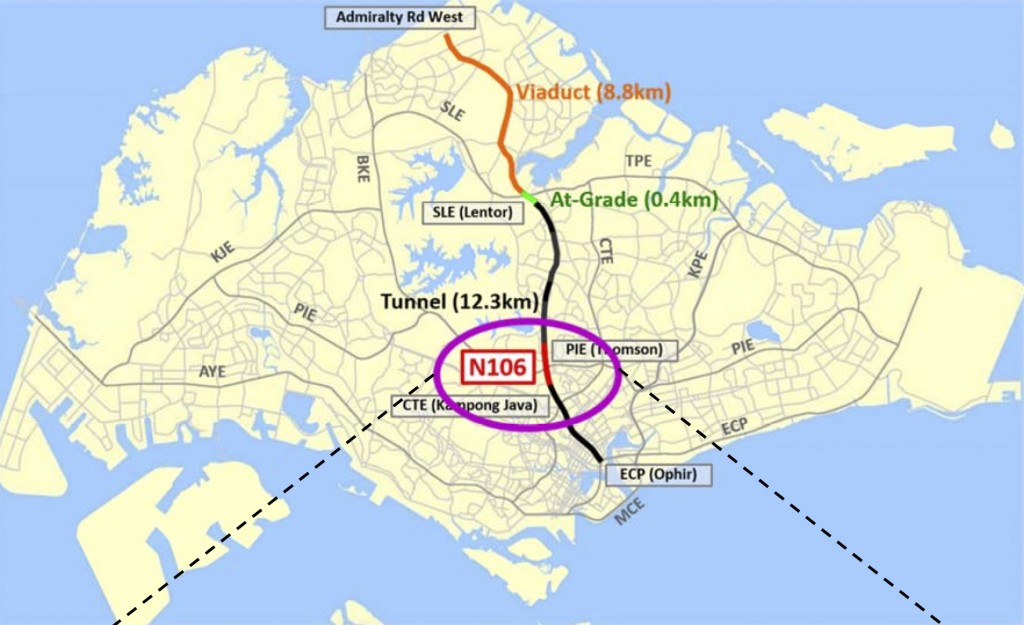 Singapore’s Land Transport Authority (LTA) has awarded the first civil contract to design and construct a stretch of the 21.5km long North-South Corridor (NSC) to Samsung C&T Corporation at a contract sum of S$809M. Of the route’s length, 12.3km will be in tunnel.

Samsung C&T Corporation will design and construct a 1.25km stretch of tunnels with two entry ramp tunnels and two exit ramp tunnels between Novena Rise and Toa Payoh Rise. Commuter facilities such as pedestrian overhead bridges, sheltered linkways, bus-stops and cycling paths will also be built along this stretch as part of the contract.

Originally conceived as the North-South Expressway covering 21.5km to connect growing towns in the North region to the city centre, the LTA re-designed it as the North-South Corridor, Singapore’s first integrated transport corridor featuring continuous bus lanes and at-grade cycling trunk routes, to serve public bus commuters, cyclists and pedestrians, in line with Singapore’s car-lite vision. The NSC is expected to be completed in 2026.