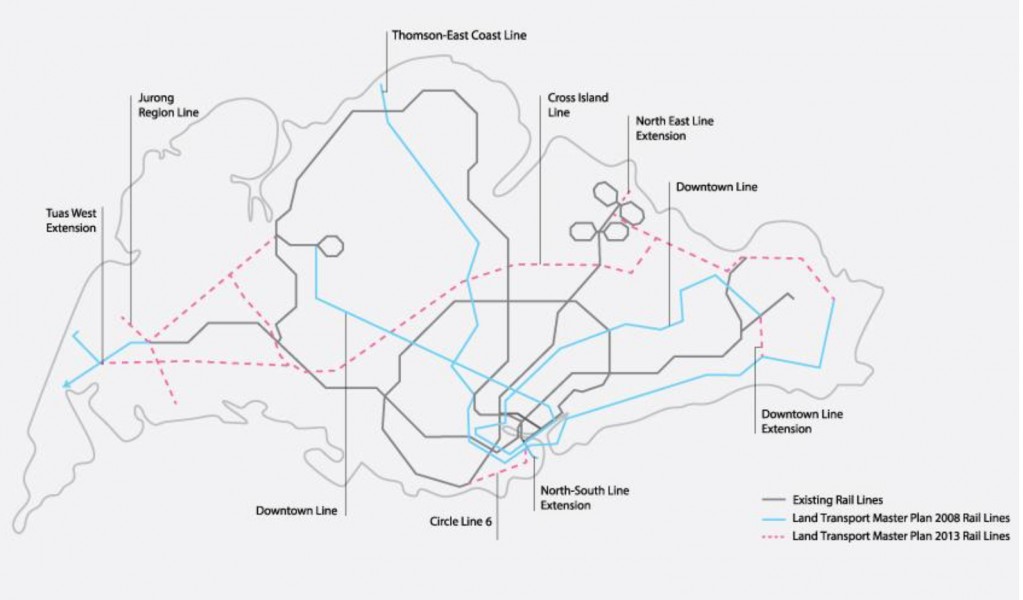 Singapore’s Land Transport Authority (LTA) has gazetted the Environmental Impact Assessment (EIA) (Phase 1) report for an underground stretch of the 50km long Cross Island Line (CRL) around the Central Catchment Nature Reserve (CCNR. The report concludes that the proposed site investigation works could be carried out with moderate impact on the few parts of the nature reserve where these works are to take place.

As part of the planning process for the CRL, LTA is studying two possible underground alignments in the vicinity of the CCNR. This requires an EIA, site investigation works, and an engineering feasibility study. In addition to the findings from these studies, the Government will consider other factors, such as transport connectivity, travel times, costs, and impact on home owners and other land owners and users, when deciding on the eventual alignment of the CRL.

The EIA (Phase 1) report was prepared after an extensive study by Environmental Resources Management (S) Pte Ltd (ERM). Conducted between August 2014 and December 2015, the study included a baseline evaluation of the existing ecosystem and the physical conditions of the CCNR in the vicinity of the two proposed CRL alignments. The report provides an assessment of the possible environmental impact of site investigation works, which LTA has devised specially for the CCNR. In addition, ERM has proposed mitigating measures as well as an environment management and monitoring plan to be implemented when carrying out these site investigation works.

Concurrent with the site investigation works which will commence in 3Q this year, ERM will conduct Phase 2 of the EIA to study and assess the potential environmental impact on the CCNR arising from the construction and operation of the CRL for both possible alignments. As with Phase 1 of the EIA for the site investigation works, ERM will propose mitigation measures as well as environment management and monitoring plans to address the potential environmental impact. LTA will continue to engage and consult the nature groups for their views in Phase 2, which is expected to be completed in end 2016.

Since 2013, LTA has been consulting stakeholders, such as the nature groups, and advisors and grassroots leaders around the area, to address their concerns. Focus group discussions with the nature groups were held to seek their views on the EIA. The CRL working group report prepared by the nature groups and a position paper by the Nature Society (Singapore) were included as part of the EIA tender documents for reference. Both documents were useful resources for ERM to better understand how the two underground alignments could affect the CCNR.

Senior Minister of State for Transport, Mrs Josephine Teo said: “My heartfelt thanks to our friends from the nature groups, who have contributed many of their hours and days over the past two and a half years to the Environmental Impact Assessment study for the Cross Island Line. Their input, suggestions and advice have been most valuable.”

LTA Chief Executive, Mr Chew Men Leong said, “Since the announcement of CRL in January 2013, we have worked closely with nature groups, the National Parks Board, and engineering experts to study the best way to conduct site investigation works in the vicinity of Central Catchment Nature Reserve. We have incorporated the valuable views and suggestions of the nature groups in the report. The findings from the engineering feasibility study and the site investigation will provide critical information to help the Government make a considered decision on the CRL alignment that best serves the public interest.”