Home > LTA to call for EIA consultant for CRL

LTA to call for EIA consultant for CRL 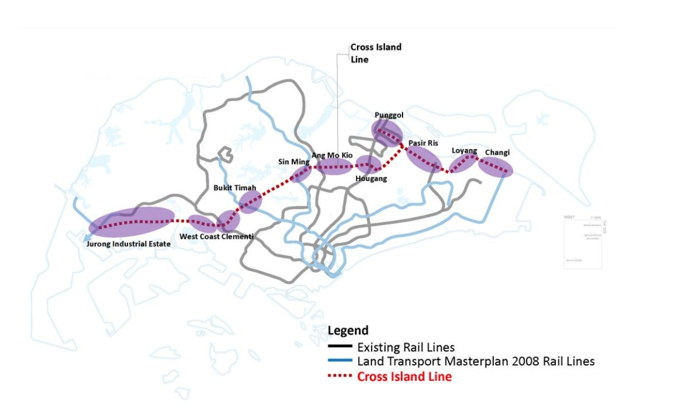 The Singapore LTA will call a tender in the first quarter of 2014 to engage a consultant to conduct an Environmental Impact Assessment (EIA) for the portion of the proposed 50km long, underground Cross Island Line (CRL) around the Central Catchment Nature Reserve (CCNR), to ascertain how various alignments could affect the CCNR.The findings of the EIA, along with other considerations such as transport connectivity and land use compatibility, will guide the Government’s decision on the final alignment of the Cross Island Line.

The EIA will include an assessment of the possible environmental impact on the CCNR by possible direct crossing and skirting alignments during various phases of the project, including the investigative works required.

When completed in 2016, the EIA report will assist the Government in its assessment of the environmental impact of the CRL alignment on the nature reserve. The final alignment of the CRL will consider all relevant factors such as connectivity, travel times, as well as the environmental impact, implications to developments in the vicinity, and costs.

Last week, SMS Josephine Teo met again with 11 representatives from the nature and environmental groups, where she reaffirmed the Government’s commitment to consider the views of all affected stakeholders, and explained the need to conduct an EIA. The groups agreed to provide assistance to scope the EIA, which would provide advice to the Government on the possible impact of proposed works to the CCNR.

Separately, some residents of the Thomson area have also raised their concerns with the alternative route proposed by the nature and environmental groups, which may affect their homes and their living environment. Parliamentary Secretary for Transport Muhammad Faishal Ibrahim met up with them recently to understand their concerns and to assure them that the Government has not decided on the alignment.

Mr Chew Hock Yong, LTA’s Chief Executive, said, “We appreciate the active participation of the nature and environmental groups, as well as the residents in sharing their concerns relating to the CRL. A new MRT line will impact many different stakeholders, all of whom have views that we will need to consider. The findings from the engineering feasibility study and EIA will guide us to make a considered decision on which option best serves the interests of the public.”

The CRL was announced in January this year as part of the rail infrastructure expansion to improve the connectivity, accessibility and coverage of the rail network and support Singapore’s long-term development. With a more extensive rail network, commuters will have more choices when travelling by public transport. Targeted for completion by 2030, the CRL will enhance connectivity between the east/north-east and the west of Singapore and provide commuters with an alternative to the current East-West Line.  In addition, it will connect to all the other major radial lines to serve as a key transfer line, complementing the role currently fulfilled by the orbital Circle Line. This will relieve the load on several of our existing lines, bringing greater comfort to all commuters and shortening journey times. The CRL is also a critical component of our plans to enable eight in 10 households to be within a 10-minute walk of a train station, by year 2030.