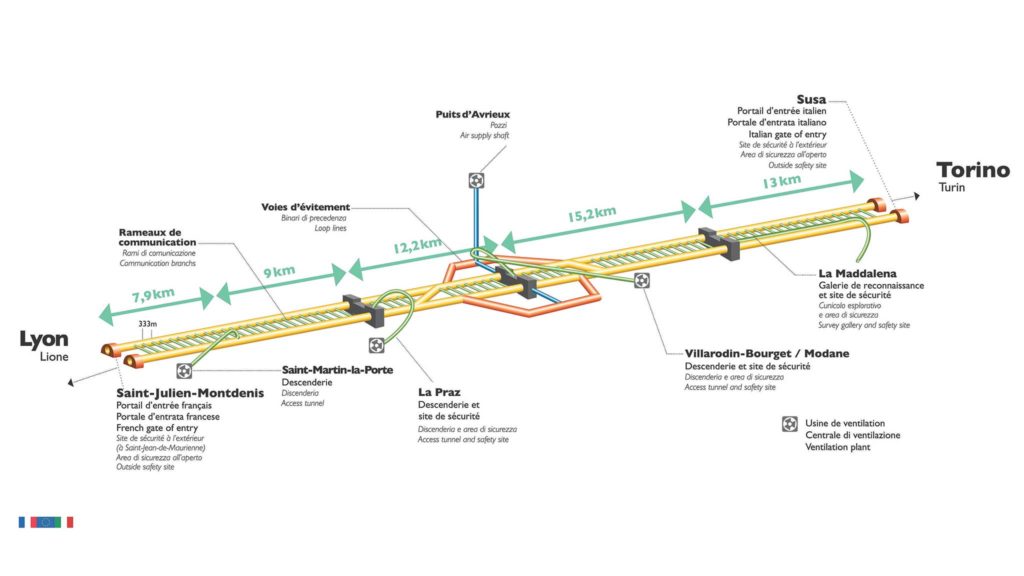 The works package involves preparatory work perpendicular to the future safety site at Modane, near the midpoint of the 57.5km base tunnel that will connect the international stations in Saint Jean de Maurienne (France) and Susa (Italy). The excavations will create a logistics hub 500m below ground ahead of the drilling of 18 km of tunnel under the Ambin Massif in the direction of Italy.

The €220M package involves construction of the four 500m deep Avrieux shafts using raise-boring machines. The work also involves constructing galleries and seven caverns, using conventional methods at the foot of the existing Villarodin Bourget–Modane decline, which is up to 22m high and 23m wide.

The project will employ up to 250 people over the coming 36 months.

The Lyon–Turin line is part of a programme designed to upgrade passenger travel and expand trade in Europe. It is setting in motion a transition that will make transport more sustainable by shifting long distance freight from roads to rail lines.

By 2030, the Lyon–Turin rail line will replace 1 million heavy vehicles on Alpine roads and lower greenhouse gas emissions by about 3 million tonnes of CO2 equivalent per year.