Work on Vancouver’s $1.728bn Broadway Subway project has reached another milestone with the first of two 6m diameter Herrenknect TBMs that began excavation last October braking through into the future Mount Pleasant Station on the evening of Monday, Jan. 23, 2023. 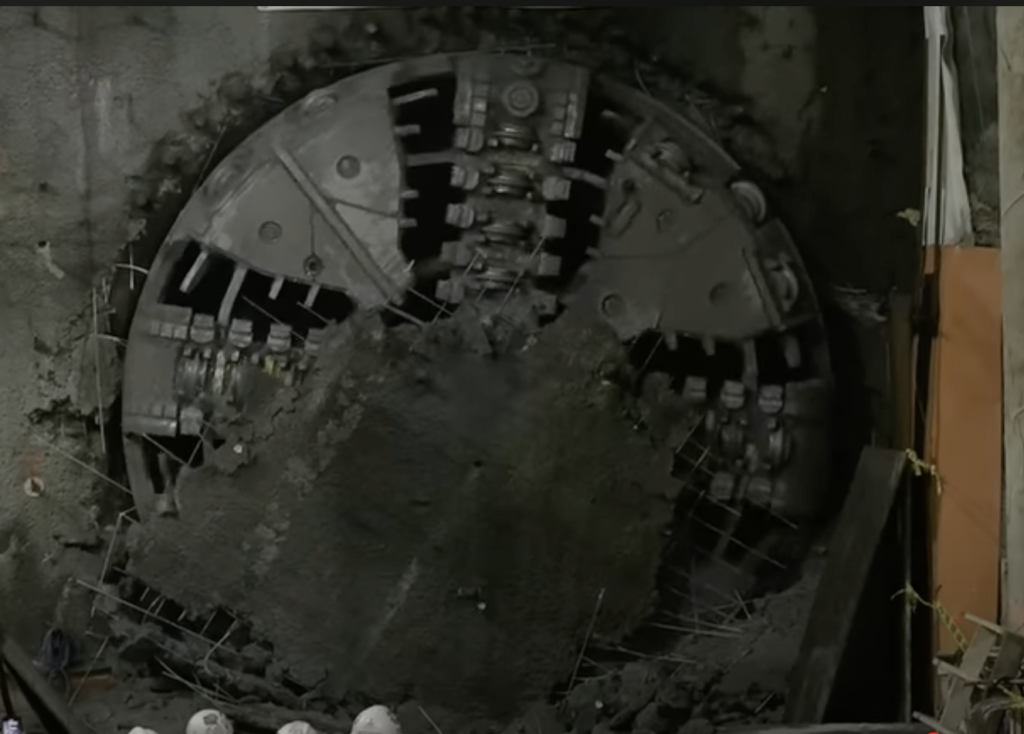 The Broadway Subway Project, being constructed by the Acciona-Ghella JV,  will extend the Millennium Line 5.7km from VCC-Clark Station to West Broadway and Arbutus Street, providing people with fast, convenient SkyTrain service along the Broadway corridor.

Progress continues to be made on the project. The second TBM, named Phyllis after well-known B.C. naturalist and mountain climber Phyllis Munday, began excavating on Nov. 29, 2022. Phyllis is expected to arrive at Mount Pleasant Station this spring. Each machine will take approximately one year to journey from Great Northern Way-Emily Carr Station to Cypress Street near the future Arbutus Station.

On other parts of the project, the 21 columns for the guideway between VCC-Clark Station and the future Great Northern Way-Emily Carr Station are nearing completion. Installation of girders for the track will begin this spring. Excavation and construction of the station foundations continue at the Broadway-City Hall, Oak-VGH, South Granville and Arbutus station sites in preparation for TBM arrivals. The line is scheduled to open in 2026.

The Broadway Subway Project will also support new transit-oriented developments, which create efficient, livable communities and maximize the opportunities provided by the investment government is making in public transit.

It is estimated the Broadway Subway Project will create more than 13,000 direct and indirect jobs during construction, supporting economic development within the region and beyond.

For the timelapse video, visit: https://www.youtube.com/watch?v=al3AsHEcM04