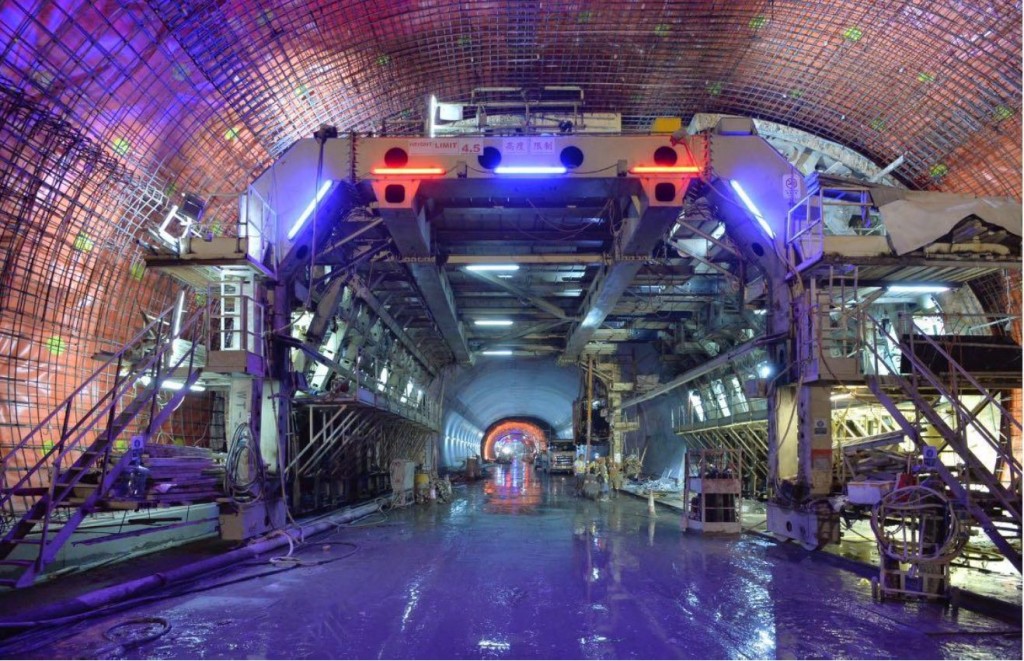 A key milestone on the MTR’s Shatin to Central Link (SCL) project has been achieved with the breakthrough of the 11km tunnel for the Tai Wai to Hung Hom Section, which will form the backbone of Hong Kong’s East-West rail corridor.

Projects Director of MTR Corporation Dr Philco Wong appreciated the efforts of the tunnelling teams of the contractors and our staff, “The construction of this strategic railway through the Lion Rock and complicated ground conditions in Wong Tai Sin and Ma Tau Wai areas has not been an easy feat.. We very carefully snaked through the underground landscape within touching distance of existing railway tunnels, underground utilities and building foundations, thereby moving a significant step towards the completion of this very important railway project.”

The Tai Wai to Hung Hom Section of the SCL is an extension of the existing Ma On Shan Line from Tai Wai Station through East Kowloon to connect with the West Rail Line at Hung Hom Station. It includes construction of a tunnel, new stations and extension of existing stations in Sha Tin, Wong Tai Sin, Kowloon City and Yau Tsim Mong districts, to form the East-West Corridor.

Construction of the SCL is entrusted to the Corporation by the HKSAR Government under the Concession Approach. The East-West Corridor’s main construction works commenced in mid- 2012. Due to the varied geography and geology as well as complicated ground conditions of different areas, the tunnels were built by a combination of construction methods, involving excavation by four tunnel boring machines, open excavation, mining, cut-and-cover construction and blasting deep below the Lion Rock. The final breakthrough came when the tunnel boring machine Princess Iron Fan arrived at Ho Man Tin Station in mid-August 2016.

To date, more than 77 per cent of the overall works for the East-West Corridor have been completed.

In addition to the East-West Corridor, the SCL project also includes the 6km Hung Hom to Admiralty Section, which is an extension of the East Rail Line from Hung Hom Station via a new cross-harbour railway tunnel to Wan Chai North and Admiralty to form the North-South Corridor, which is expected to be commissioned in 2021.