Home > Mega-tunnel planned for UK mine

Mega-tunnel planned for UK mine 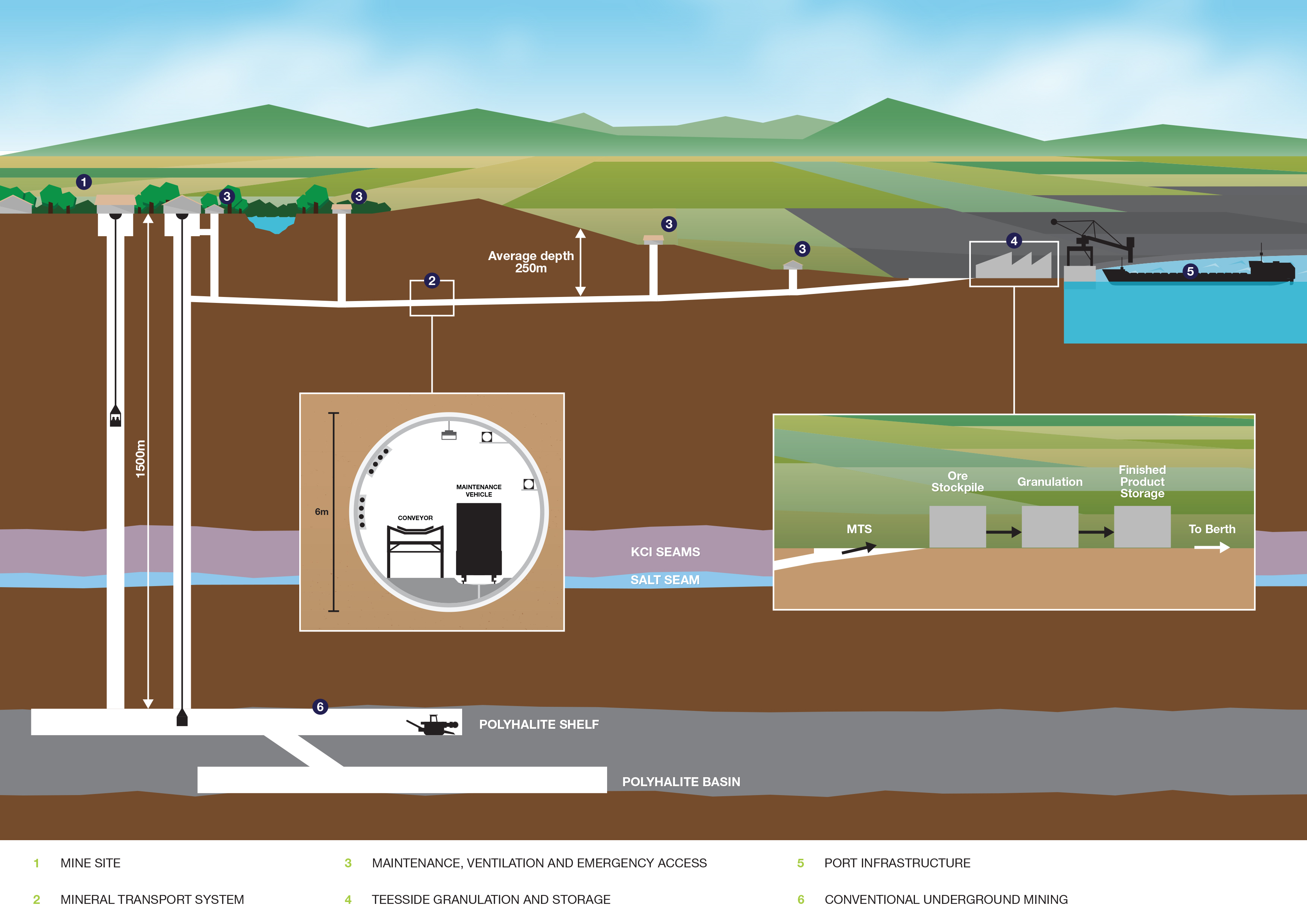 A 36.5km long, 6m diameter Mineral Transport System (MTS) tunnel will be constructed in northern England as part of Sirus Minerals’ US$1.6bn York Potash Project, subject to project approval – which is expected at the start of 2015.

The MTS will run between the proposed mine to the materials handling facility at Teesside at depths of 120m to 360m and will be constructed using a combination of TBM and conventional mining equipment. It will contain a series of in-line conveyors capable of transporting at least 12M tonnes per annum of polyhalite and will be bored in five approx 7.5km long drives from 5 access shafts.

The MTS (the tunnel and shaft system) application, which will include the materials handling plant, granulation and storage at Teesside, will require a “straddling application” to the NYMNPA and Redcar and Cleveland Borough Council (RCBC) and will be submitted in November 2014 with a decision expected in March 2015.

According to Sirus Minerals, at present all aspects of the above approvals are progressing well, with key environmental study work having been underway for a substantial period of time. With regard to the mine application, the Company’s consultants are engaged in on-going and extensive pre-application meetings with the NYMNPA and its consultants and associated statutory consultees.