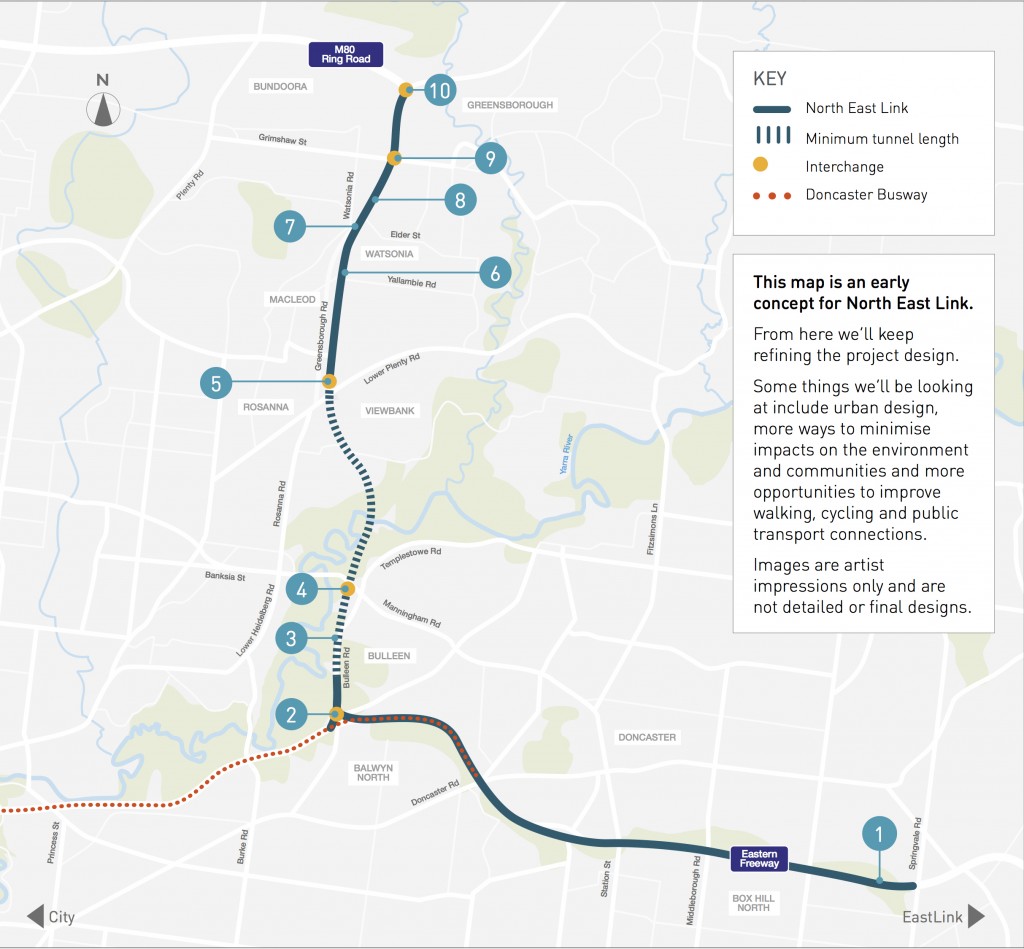 Victoria’s Andrews Labor Government has confirmed the route for the long-overdue completion of Melbourne’s North East Link ring road. Building this estimated A$16.5bn missing link will be the biggest transport project in the Australian state’s history and will involve the construction of a 5km long, twin tube tunnel.

Detailed design will now get underway and the business case, including finalising cost estimates, will be publicly released ahead of the Victorian Budget 2018/19.

Procurement and planning approval processes will also begin in 2018, ahead of a preferred builder being selected in 2019, with major construction starting in 2020.

The North East Link will begin on the Eastern Freeway at Springvale Road where the capacity of the Eastern will be doubled with six extra dedicated lanes to eliminate some of eastern Melbourne’s worst bottlenecks.

The expanded Eastern Freeway section will remain toll-free under the Andrews Labor Government.

Heading west, the mega-freeway will connect to the new six lane tunnel at Bulleen with local underground connections at Banksia St and Manningham Road. The 5km long tunnel will then travel deep beneath the Yarra River, protecting environmentally sensitive parkland and residential areas.

There will be a local connection at Lower Plenty Road, with the North East Link then running north alongside the existing Greensborough Highway, which will stay open for local traffic.

A new interchange will see the North East Link travel beneath Grimshaw Street in Watsonia, before seamlessly connecting to the M80 Ring Road at Greensborough, which is also being widened.

Travel times between Melbourne’s north and south will be cut by up to 30 minutes in each direction, with massive travel time savings for people travelling to Melbourne Airport from the south and east.