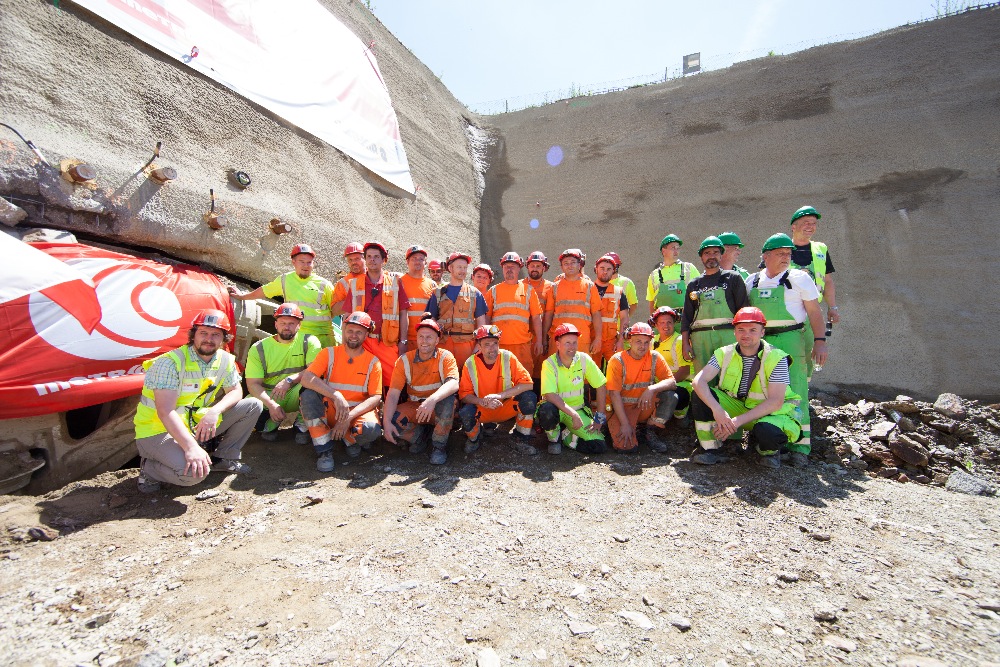 Contractor Metrostav has announced the breakthrough of its 9.8m diameter Herrenknecht hybrid TBM on the first tube of 4km long Ejpovice twin railway tunnels near Pilsen in the Czech Republic.

The Ejpovice tunnels are the first on the Czech rail network to be constructed using mechanized excavation methods. Two different rock types – weak shales and hard spilite – predetermined the use of a multi-mode TBM which could combine EPB operation suited for the weak rock conditions and the ability to work as a hard rock machine. 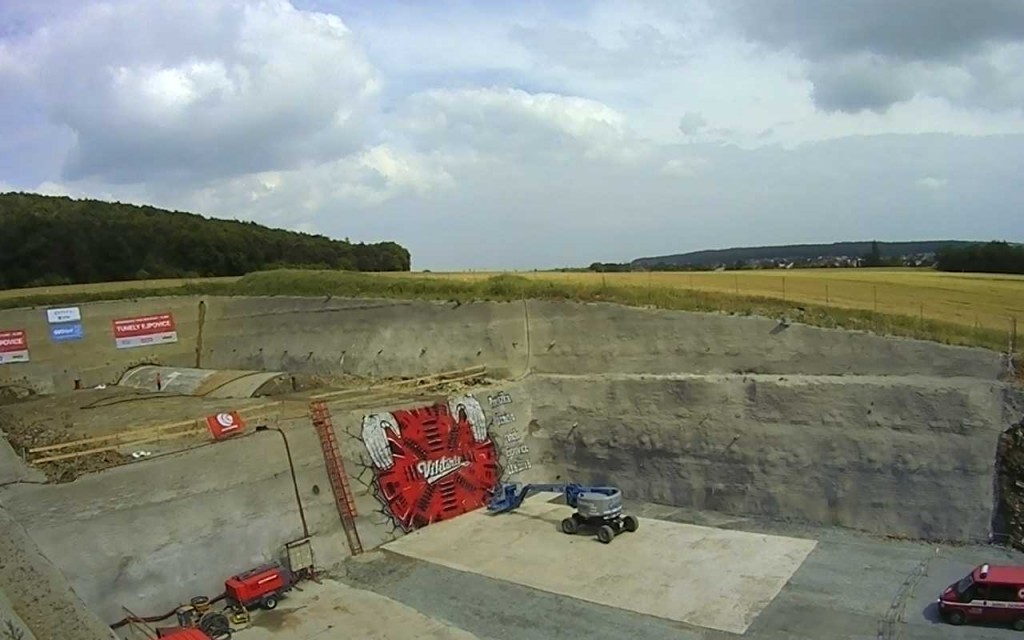 TBM assembly began on 20. 11. 2014 in front of the southern tunnel portal. A TEREX DEMAG CC 2800 crawler crane and a TEREX DEMAG AC 160 truck-mounted crane were used for handling duties. Assembly was carried out 24/7 for two months with the machine completed and ready for launch on 31. 1. 2015.

By January 2016 TBM ‘Viktorie’ reached the 3km mark heralding completion through the weak shales, averaging monthly advance rates of 264m with maximum in May 2015 – 528m, i.e. 32m per day.

The final drive through the hard spilite rock has been successfully completed over the past five months.