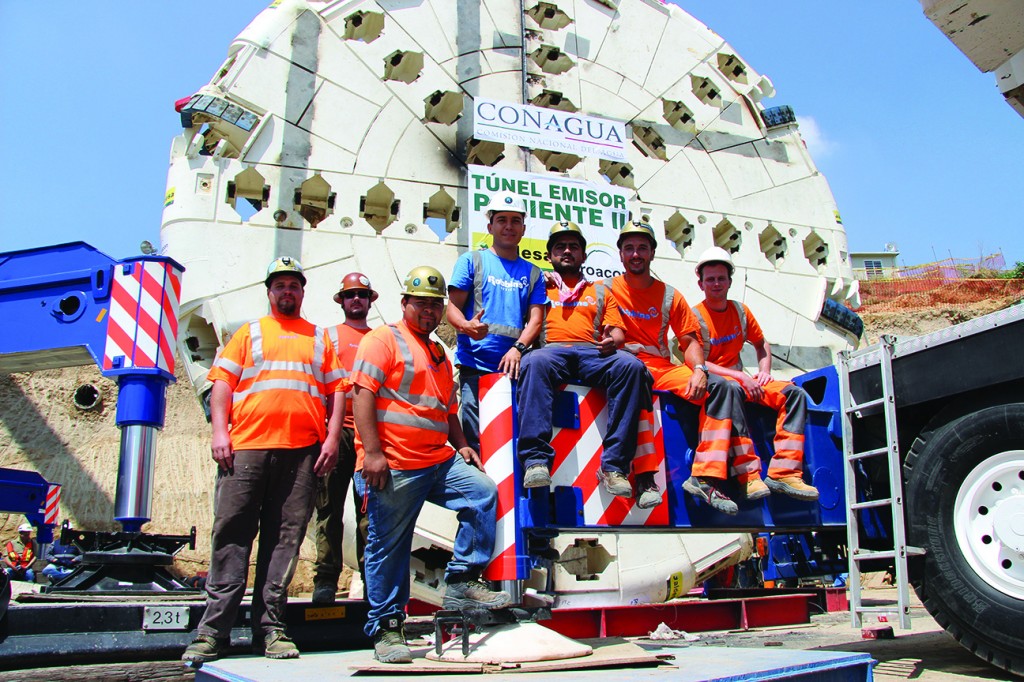 Variable ground conditions necessitated the contractor’s choice of a Robbins Crossover TBM. The 5.9km tunnel consists of sections ranging from fairly competent to weathered volcanic rock, soft sands, and clays. While standard TBMs tend to lose efficiency in these kinds of variable conditions, the Crossover TBM is equipped with special design features to tackle the mixed ground.  These field-tested features include a single-direction cutterhead for more efficient excavation in abrasive ground, and multi-speed gearboxes. The specialized gearboxes provide added torque at low RPM in fault zones and soft ground, as well as high RPM for rock boring.

The design of the TEP II machine was based largely on experience from past Robbins projects, in particular the Kargi Kizilirmak Hydroelectric Project in Central Turkey. At Kargi, Robbins supplied a 9.84m diameter Double Shield TBM, based on initial geologic reporting of fractured hard rock. Within 80m of launch, the geology became substantially more difficult than expected, consisting of blocky rock, sand, clays and water-bearing zones. The machine required multiple bypass tunnels and major modifications before it could resume excavation.

Modifications included a custom-built canopy drill and positioner for enhanced drilling and ground consolidation, gear reducers to adjust torque and RPM to changing ground conditions, and short stroke thrust jacks to double total thrust capabilities. After the modifications, advance rates increased dramatically in the difficult ground and soared to 723m in one month as conditions improved. The modifications proved instrumental to the design of Crossover XRE (Rock/EPB) TBMs, including the TEP II machine.

The contractor at TEP II is confident about the machine’s abilities, which are optimized for hard rock but with many EPB characteristics: “In my opinion, the best part about the design of this TBM is the cutterhead; it is very robust,” said Sebastián Gallego Murillo, TEP II Production Manager for PROACON.  He added that the biggest challenge would come near the end of the tunnel drive: “We expect to convert [from hard rock] to EPB mode due to the soils in this area. We will need to change out the cutters and modify the cutterhead.”

The benefits of the project are worth the potential challenges. “This tunnel will reduce flooding in the west and northwest areas of the Valley of Mexico, and increase wastewater capacity. It will benefit three municipalities that are home to 2.1 million people,” said Gallego. Twenty years in the making, the TEP II tunnel will eradicate chronic flooding in the sensitive municipalities of Tlanepantla, Atizapan de Zaragoza and Cuautitlan Izacalli, which have historically been affected with overflows as high as 2m during the rainy season.