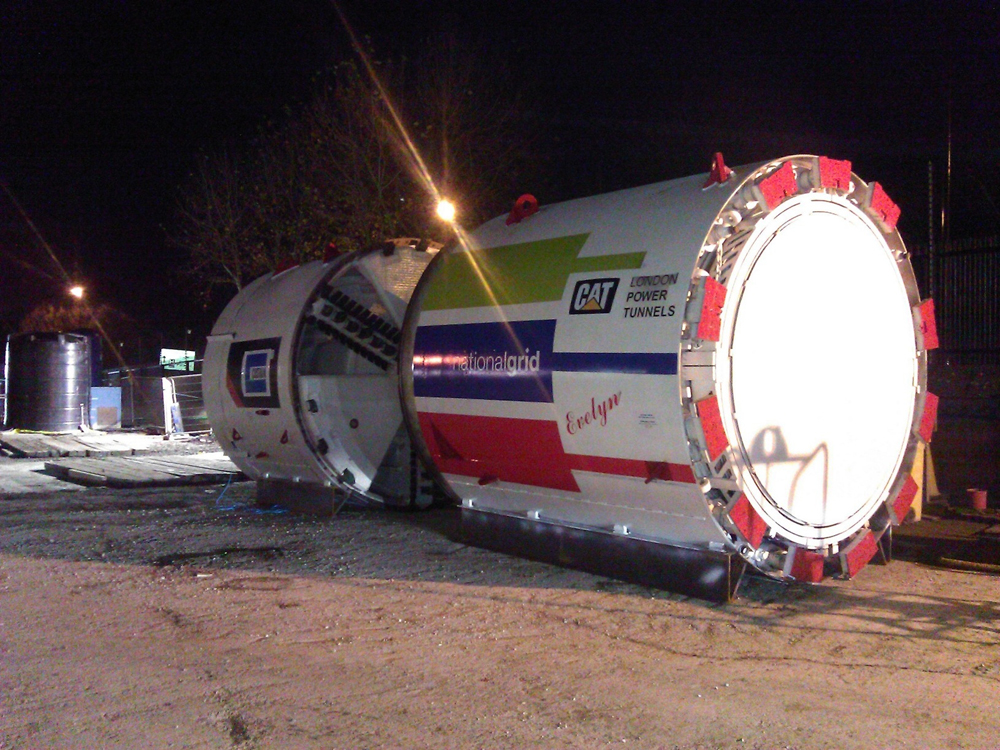 UK contractor, Costain has reached a number of significant milestones in the construction of three deep level tunnels totaling 32km as part of the London Power Tunnels contract for National Grid.

Costain is involved in the construction of the 4.0mID and 3.0mID tunnels, 14 shafts, and four connecting tunnels with associated underground chambers. The team have so far completed 11 shafts and have achieved 750,000 man-hours RIDDOR free. RIDDOR stands for the Reporting of Injuries, Diseases and Dangerous Occurrences Regulations (1995) and is under the auspices of the Health and Safety Executive.

The tunnels are being driven by a 4m diameter Herrenknecht EPBM and a 3m CAT (Lovat) dual mode TBM, named respectively as Cleopatra and Evelyn by local schoolchildren.

Costain won the £220m contract in 2010 to build the new high voltage electricity cable tunnels between Hackney and Willesden (via St John’s Wood) and Kensal Green and Wimbledon. The new tunnels are essential for installing a safe and reliable electricity transmission network and to ensure London has sufficient transmission infrastructure to support future energy demand.

TBM Evelyn has dug its way to its first destination, a pre-prepared shaft deep below National Grid’s Channel Gate Road offices after beginning its journey from Willesden Substation earlier this year. 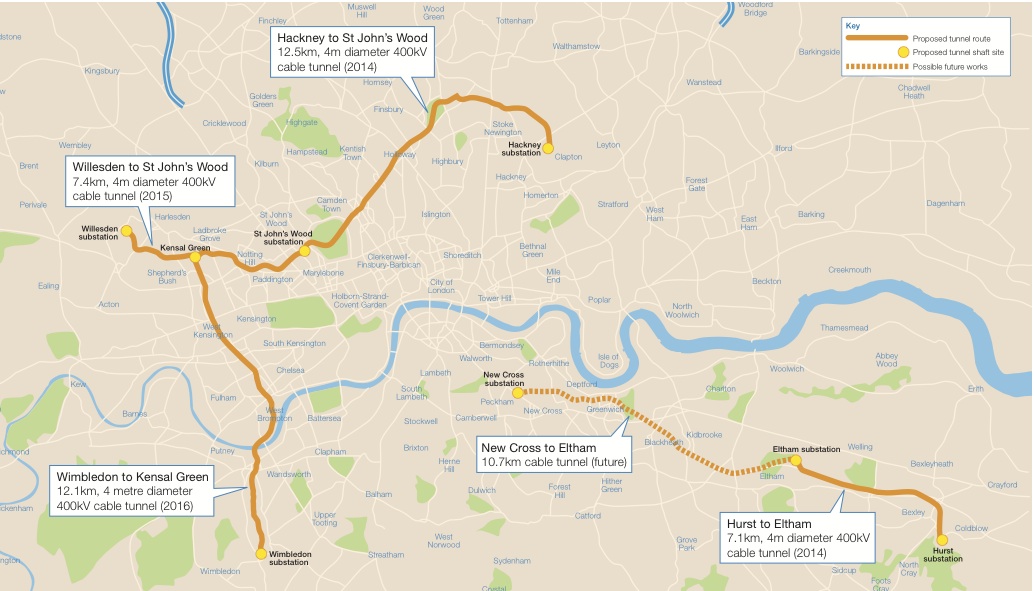 Evelyn is digging 19km of the 32km London Power Tunnels project which will provide an easy to maintain underground electricity superhighway, while Cleopatra is digging the other 13km of the route and is approximately a kilometre away from her launch site in Haringey. Tunnelling work is scheduled for completion in 2014.

Commenting, Project Manager Andy Firth, said: “We are delighted to have reached these milestones for the London Power Tunnels. We are making good progress on this flagship project for National Grid which will help to meet London’s growing demand for electricity in the years to come.”

David Luetchford, the National Grid’s Head of Cable Tunnels, said: “The breakthrough represents another major step towards the completion of this vital project.  Our breakthrough at Channel Gate Road is just one part of a much bigger story which involves us deploying the best talent and technology available to help ensure the lights stay on.”