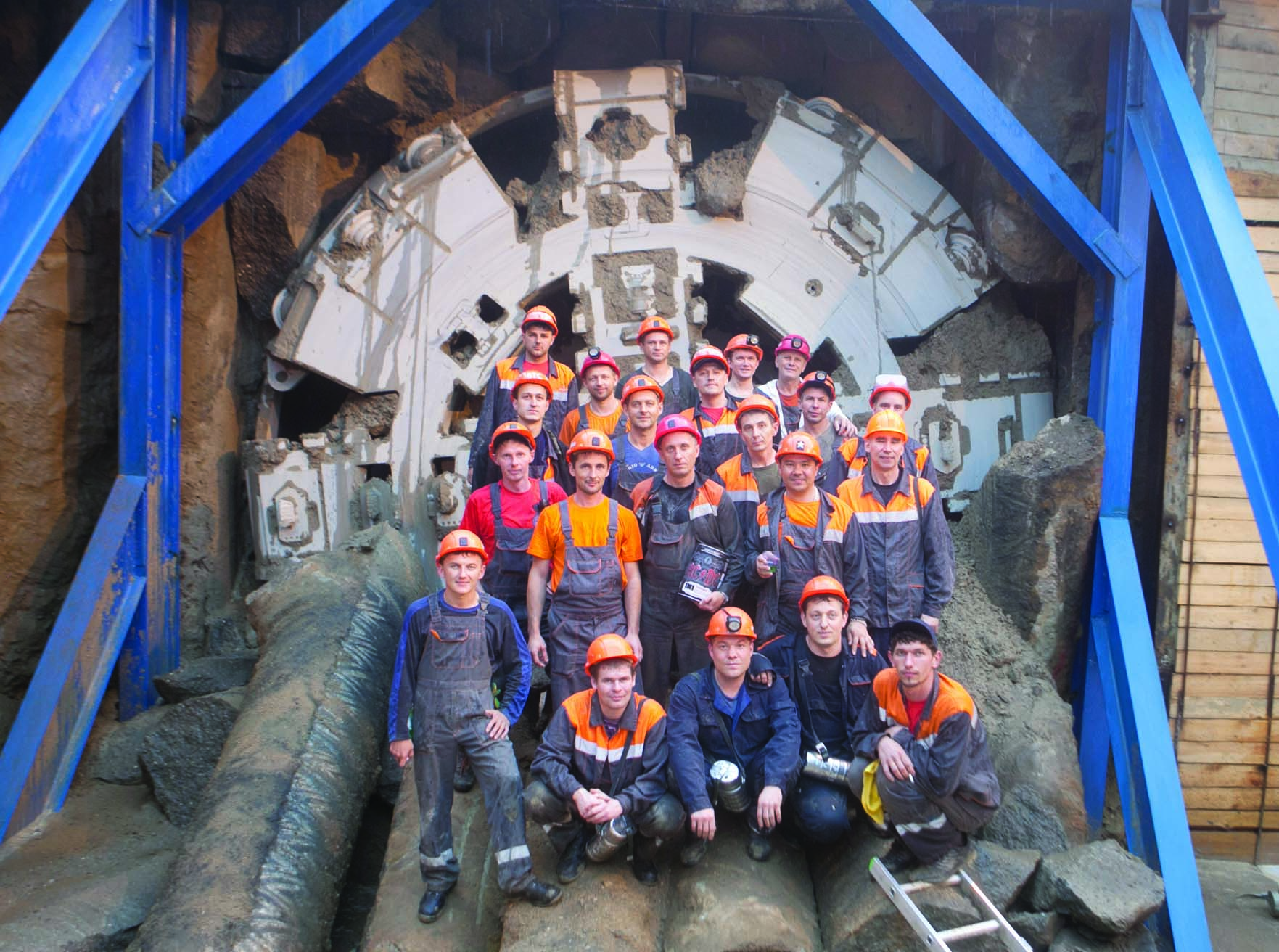 Contractor SK Most has achieved breakthrough of the first of three Robbins EPBs excavating the Moscow Metro. City officials and contractors were celebrating not only the early finish, but also the record-breaking achievements of the 6.2m diameter mixed ground machine. The TBM achieved a claimed record breaking 37.8m advance in one day at the end of April 2013.

The machine, launched in winter 2012, also made excellent rates of 150m per week and 621m in one month.  “The soil condition, crew experience, rigorous schedule, continuous conveyor, and the reliability of the Robbins TBM are all factors that helped achieve the record,” said Vadim Bocharov of SK MOST. “We can operate the power, thrust, and torque at 100%, because that is the benefit of a Robbins machine.” The machine will now be disassembled in the receiving station site and launched on an additional 1.4km tunnel in the last quarter of 2013.

The machine is just one of several Robbins EPBs on a massive metro project where dozens of TBMs are operating simultaneously. Two 6.6m diameter Robbins EPBs are excavating left and right-hand tunnels, each 2km in length, for contractor Engeocom. A third machine refurbished by Robbins for Engeocom, nicknamed “Julia”, is also excavating a 2km section of tunnel. The machines represent the first time Robbins EPBs have been used in Russia.

Ground conditions in the city are challenging—consisting of fine sand, gravel, loam, stiff clays and boulders. The EPBs are designed for the conditions, with active articulation to enable excavation of tighter curves without the risk of segment deformation. Two-component back-filling is being used to reduce the risk of settlement at the densely urban tunnel sites. Mixed ground cutterheads reinforced with abrasion-resistant wear plate give the option of changing out carbide knife-edge bits with 17-inch disc cutters depending on the conditions.

Moscow’s Metro Development Program, unveiled in 2012 by the Moscow Government, calls for 150km of new metro lines within the next eight years. Work thus far has been around the clock, with close to 18,000 workers and specialists engaged in the projects. Their number is expected to reach 35,000 by the end of 2013.  In 2012 alone, 50km worth of new rail were built at 69 different sites.