These are fascinating times for National Highways’ two major road tunnelling schemes and for the tunnelling community in the UK. And as the sector gathers at the annual conference of the British Tunnelling Society next week, National Highways is highlighting how these vital tunnels will connect, reunite and enhance.

On the ambitious Lower Thames Crossing, National Highways have recently concluded a fourth round of public consultation and are preparing to resubmit the planning application. 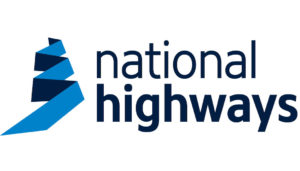 National Highways, and supporters of its plans for a £1.7billion tunnel past Stonehenge say they are equally optimistic about a positive outcome from the Transport Secretary’s planned ‘redetermination’ of his consent.

“The recent Judicial Review ruling upheld two grounds of complaint and quashed the Secretary of State’s decision on this vital and long-awaited project, but found no fault in the scheme itself.

“The organisation remains fully confident that the scheme offers the best solution to a problem that has dogged road users and the heritage community for decades, resolving local traffic issues and more closely connecting the South West with London and improving this World Heritage site,” a National Highways spokesperson told Tunnelling Journal in a statement.

The lessons that can be learnt about the benefits of these tunnels come from another, completed just over a decade ago. The pioneering Hindhead Tunnel in Surrey – currently the longest road tunnel in the country – has improved air quality, reduced traffic noise and eased congestion on the A3 route between London and the south coast.

At just over 1.6km long, it sunk the A3 underneath the beautiful Devil’s Punchbowl in the Surrey Hills. It has resolved decades of congestion problems for both the local community and long-distance traffic, and restored peace and tranquillity to an area of outstanding natural beauty.

The parallels with the Stonehenge scheme are remarkable –  Once again, this future scheme is just as much about the old road that is being taken away as the new road that is in planning to be build.

Meanwhile the Lower Thames Crossing is even more ambitious in both tunnelling and economic terms, with over 22.4km of new roads around and under the Thames between Essex and Kent. It will be the longest tunnel in the UK and the third widest bored tunnel in the world, linking the Channel ports with the Midlands, East and North, and relieving pressure on the existing Dartford crossing. It will create 22,000 jobs during construction, helping the country to build back better.

Established Tunnel Boring Machine methods will be used but will be pushed to the boundary of current experience by a combination of depth, water pressure and high pressure compressed air working, say National Highways.

Three world class, international consortia have been shortlisted for the main tunnels contract, with the winning bidder on track to be announced shortly.

Both projects will have to meet society’s expectations on climate change. There is a challenge and an opportunity to support National Highways’ Carbon Net Zero Strategy, which aims to achieve net zero for maintenance and construction by 2040.

Indeed carbon reduction offers a challenge for the entire infrastructure building sector, and perhaps most of all for the tunnelling community due to the very nature of the activity. National Highways and its contractors will need to deploy new processes, equipment, skills and technology, leading the way for the highways industry.

However the opportunity of routing traffic beneath the surface also creates huge potential benefits for the environment. Indeed, on Stonehenge work is already underway on a number of environmental improvement projects, not dependent on the tunnel itself. And the Lower Thames Crossing will enable the creation of two parks and woodland, one only made possible by reusing tunnel spoil. It’s a reminder that highways engineers can and do work hard to mitigate environmental impacts and create new benefits.

The forthcoming British Tunnelling Society conference comes at a time when two of the world’s largest tunnelling contracts are in the spotlight and huge opportunities are in the offing. These long planned schemes are closer than ever to reality. There’s reason to be optimistic.