Those delivering major infrastructure projects should focus on long-term outcomes for users and society, not on lowest cost. This was a recurring theme at the British Tunnelling Society’s 2018 Conference and Exhibition held at the Queen Elizabeth II conference centre in London this week.

Attendees at the event, organised by Tunnelling Journal, heard from three of the UK’s most important upcoming projects, alongside project studies and technical updates from international infrastructure clients, contractors and specialists. 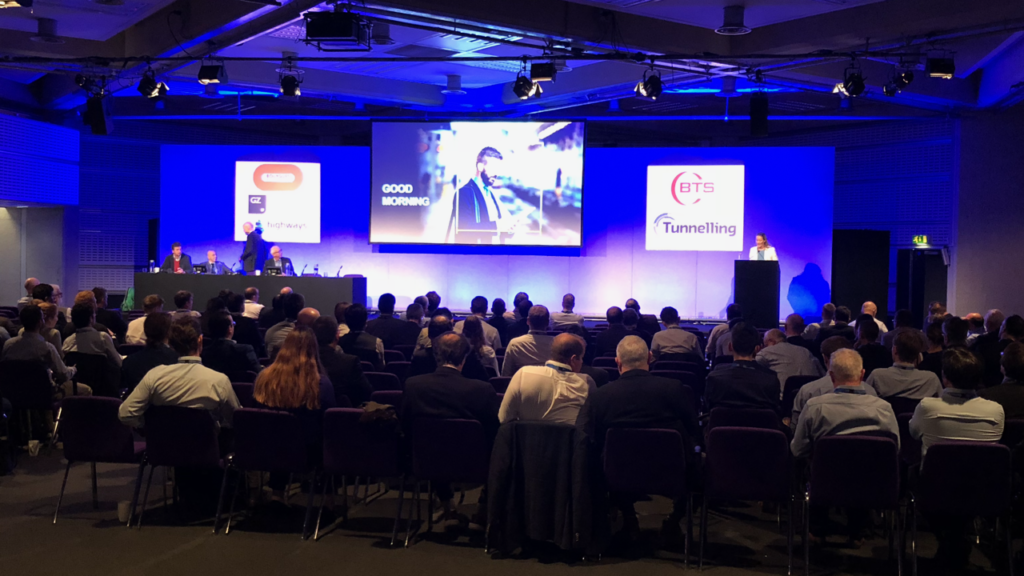 Kate Hall, design director for HS2, explained that HS2 has tried to write its design requirements and guidance with outcomes in mind. “If you really believe in outcomes, the red line of where your design ends is irrelevant,” she said, during a panel debate on technical excellence. “It’s about understanding and delivering on outcomes and not transacting only on hours.”

Derek Parody, Highways England’s project director for the A303 Amesbury to Berwick Down road, which includes the Stonehenge tunnel, revealed that this £1bn-plus project was likely to be privately financed. Parody told the conferenced that the project is close to submitting its Development Consent Order (DCO) application and, if all goes to plan, could get underway in 2021.

Sections of the Lower Thames Crossing will be privately financed too, David Manning, director, tunnels at Lower Thames Crossing told the BTS conference on the day the project went out to public consultation. Though the tunnel itself is likely to be procured through a design-and-build contract, the approaches either side will be privately financed, he said.

Despite the emphasis on outcomes, other presentations, panel discussions and questions highlighted that the biggest barrier to achieving goal is current procurement rules. Miles Ashley, director at Wessex Advisory, told the conference about the Project 13 initiative by the Institution of Civil Engineers’ (ICE’s) Infrastructure Client Group to move to a long-term alliance approach, though at the moment this remains largely aspirational.

Skills, competencies, and the lack of them among clients, contractors and designers was another recurring theme. International lawyer and ITA EXCO representative, Professor Arnold Dix was blunt, accusing the industry of using “risk assessments as a smoke screen for incompetence.” Both Kate Hall and ICE president Professor Robert Mair, of the Cambridge Smart Infrastructure Centre, both urged companies to cast its net further to recruit professionals from other backgrounds.

“We need a broad church of people,” said Hall. “Why aren’t we employing behavioural psychologists and data analysts into our teams?”